Canada's Ryan Bester is confident a Commonwealth Games gold medal is in his future.

He will just have to wait a little longer.

Bester grabbed an early lead before Scotland's Darren Burnett took over and ran away with the men's singles lawn bowling final 21-9 on Friday.

It was a disappointing end to the tournament for Bester, who was looking for Canada's first-ever gold at the Games in lawn bowling – a sport also commonly referred to as lawn bows.

"I just wasn't good enough and Darren played well," Bester said. "Too many short bowls. That's what happens but I'm still quite happy with silver in Scotland."

As he should be.

The 29-year-old became the first Canadian to finish second in the event since W.S. MacDonald won silver at the 1934 Commonwealth Games in London.

In a sport where many of the competitors are much older, Bester should have plenty more chances to climb atop the podium.

"At the end silver is brilliant," said the native of Hanover, Ont. "Canada has never won gold in the lawn bowls, so that's my goal."

Bester lives and plays professionally in Australia, and has picked up an accent since moving there following a bronze-medal victory at 2006 Commonwealth Games in Melbourne.

Asked if thought a gold medal would ever come his way, he simply replied with: "Eventually."

Bester led 3-0 after the three ends, but Burnett scored four in the fifth and three more in the sixth to blow the game wide open at 10-3 in front of a partisan crowd at picturesque Kelvingrove Lawn Bowls Centre.

A small pocket of Canadian supporters tried to get behind their man, but Bester couldn't recover as Burnett built an insurmountable lead.

"I dropped a couple short and then he got a four and a three," Bester said. "Once he got off to a big lead I was a bit chasing, which is pretty hard to do."

Bester chipped away to make it 14-9 in the 15th end, but three more from Burnett in the 16th all but sealed it.

The two men shook hands afterward, with the Scottish crowd hailing the police officer who had to lobby for time off from work to be able to compete at the Games.

"I came in with confidence knowing that I was going to get a medal," the 38-year-old Burnett said. "To get gold is icing on the cake.

"I started most of my games with a dodgy first few ends and I wanted to come in and put Ryan under pressure. I did that and, thankfully, his hitting was slightly off today."

Bester made his debut at the Commonwealth Games in Manchester, England, at the age of 17 back in 2002, and became the first Canadian to win a world title when he took home the pairs crown two years later.

Although the sport is popular in many corners of the world, Bester said it would be nice if his performance in Scotland helps get more people in Canada interested.

"Hopefully, people just go out and give the sport a try," said Bester, whose home club will be the site of lawn bowling when Gold Coast, Australia, hosts next Commonwealth Games in 2018. "I'm sure they'll fall in love with it.

"It's exactly the same as curling. Everyone loves watching that in Canada. This can be the summer-type of curling."

Teen weightlifter stripped of Commonwealth gold after ‘B’ test confirms doping
May 12, 2018 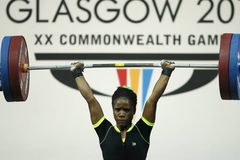 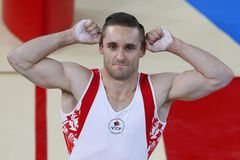 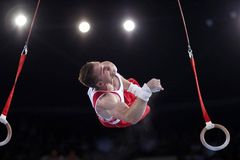 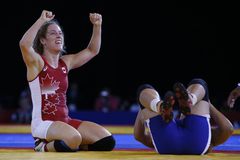 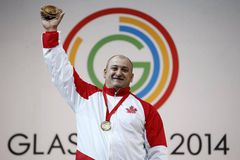