There's a picture of Kaya Turski as a kid on her dad's fridge, Turski on a snowboard, jumping. Her goal at the time: an Olympic gold medal in the halfpipe.

Then, as a teenager in Montreal, Turski fell in love with in-line skating and had her eyes set on X Games. But just as she was getting really good at the sport, its popularity, and future, fell away.

So one day she picked up a pair of skis. She was in high school and hadn't skied since she was 9. She had found her spot. The years on inline skates, jumping and ripping rails, prepared her perfectly to do much the same on skis. Finishing high school, she spent a semester at college, and worked at Subway, and then forthwith moved to Whistler.

Turski was a prodigy and six years later she is the dominant female skier in the world in the budding sport of slopestyle, where athletes navigate a series of jumps and rails over a half-kilometre course, an event new to the 2014 Sochi Winter Olympics.

"A lot of it made sense to me, especially in the park," Turski said in an interview from her hometown of Montreal on Thursday, recalling her return to skis in high school. "I just fell in love that day, when I clicked in. I remember telling my parents I wanted to move to Whistler to ski. I think they were both confused because I hadn't skied in eight years."

Turski, 24, stands as the prohibitive favourite in women's ski slopestyle – she has completely dominated her sport in the recent past, much as Sarah Burke did in women's ski halfpipe. This month she won the season-opening Dew Tour event in Colorado, extending a winning streak that ran through all of last year. Turski has won gold at the past three X Games in Colorado, and gold at the past three X Games Europe in France.

Turski is one of a bevy of young Canadians poised to seize gold in Sochi, which should help propel Canada to one of its best Olympics ever, after the country's best-ever showing in Vancouver with 14 golds.

The addition of eight new freestyle and snowboard events is big news for Canada's podium goals, events in which the country is strong, in part because of Canada's long history of success in freestyle events, and also partly due to the sparse competition from other countries. In Vancouver, there were a dozen freestyle/snowboard events – accounting for one out of seven medals in 86 events. As a point of comparison, looking at events in which Canada does not rank well, there were almost as many biathlon events in 2010 – 10.

In Sochi, freestyle/snowboard events number 20, and will account for one out of five medals in the 98 total events.

Backing Turski are a bunch of the biggest corporate names in snowboarding and skiing: Red Bull, Oakley, and Nike. But an additional key backer is B2ten, the boutique athlete-funding agency underwritten by corporate money run by J.D. Miller. Turski is one of a dozen athletes on B2ten's winter roster for 2014, a group that includes 2010 moguls gold medalist Alex Bilodeau and world champion figure skater Patrick Chan. Among the other snowboarders working with B2ten are O'Brien and Dominique Maltais, the snowboard-cross racer who missed the finals in 2010 but won X Games this year.

For Turski, B2ten money means that her trainer for the past four years, Montreal-based Jaime Livingston, is able to make trips to see Turski at the various locales where she works and competes through the winter. Turski, in her late teenage years, was beset by a series of severe injuries, including blown ACLs in both knees.

But now, with 14 months to Sochi, the game is largely mental for the world's best women's slopestyle skier. Landing switch 1080s is one thing – Turski was the first woman to do it in competition, three full rotations, taking off and landing backward – but she knows her toughest competition is herself. She spent much of the past summer focused on the mind, working with a sports psychologist. There's the basics, visualizing tricks, keeping calm, being present – but the usually effervescent Turski doesn't want to talk too much about it. It is, she says, her "secret weapon." 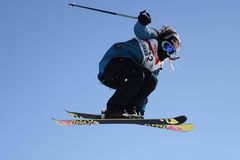 Snowboarders get back to their roots with powsurfing
May 11, 2018 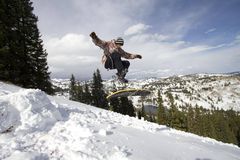