When veteran paddler Mark Oldershaw carries Canada's flag into the opening ceremonies of the Pan American Games, he'll be thinking about his grandfather.

The 32-year-old from Burlington, Ont., was named the team's flag-bearer during Wednesday's Canada Day celebration on Parliament Hill.

Oldershaw is a third generation paddler, carrying on the legacy of familial sporting success that began the better part of a century ago with his grandfather Bert, a three-time Olympian.

"My grandfather passed away before I even went to the Olympics, so he didn't get to experience that, but he would've been so stoked with this," Oldershaw said from Ottawa. "He would have obviously been proud with everything that I've done. But yeah, he would've been really stoked."

Oldershaw was a bronze medallist in the men's singles 1,000-metre canoe event at the 2012 London Olympics. The medal came four years after Olympic heartbreak in Beijing, where he missed making the C-1 500-metre final.

"It was incredible, it was one of the proudest moments I've had as a Canadian, just being part of the team," Oldershaw said. "Before we marched out we started singing 'O Canada,' and it was just one of those team bonding things that went beyond just our sport and it really made me feel part of the Olympic team."

It was Curt Harnett, Canada's chef de mission for the Pan Am Games and an Olympic medallist in cycling, who called Oldershaw to give him the news that he'd be leading Canada's team of some 700 into the July 10 ceremonies.

"He's not someone who calls you every day. I knew something was up," Oldershaw said, laughing. "I was mostly surprised, and incredibly honoured. As athletes we train really hard for our competitions so when we get good results at competitions, that's what we work for.

"But when an honour like this comes upon us, it's not something we're preparing for or expecting. It's just a big surprise and a true honour."

Van Koeverden, a four-time Olympic kayak medallist, was one of the first people Oldershaw told. The 2004 Olympic champion also trains out of the Oldershaw family's Burloak Canoe Club.

Mark isn't entirely sure if his dad will march in the opening ceremonies at Rogers Centre.

"I think he probably will now that I'll be leading everybody in. He usually stays in the background but maybe we can convince him to get out there," Oldershaw said.

The Toronto Games will be Oldershaw's Pan Am debut. In previous years, either the timing wasn't great, or Canada sent a developmental team. But because it's a home Games, Canada is fielding its largest and strongest Pan Am Games squad in virtually every sport for the July 10-26 event.

"I know Canada is sending such a strong team this year, just to be able to represent them, so many athletes is a real honour," Oldershaw said.

"Being at home I was planning to march regardless, no matter what, just because it's such a unique thing to have these big Games right in our backyard. I think everyone is pumped to get in front of the home crowd."

The honour as Canada's flag-bearer comes during a busy summer for Oldershaw. Two weeks ago he married Annamay Pierse — a retired swimmer who competed in the 2008 Olympics — in a ceremony in Canmore, Alta.

The announcement comes on the same day the Canadian Olympic Committee launched the Olympic Club, a new digital fan club that will connect users through social media, offer loyalty rewards and exclusive content.

Canada’s fastest man hopes to put Canadian sprinting back in spotlight
June 30, 2015
Tickets for Pan Am and Parapan Am Games cheaper to buy on Canada Day
June 30, 2015 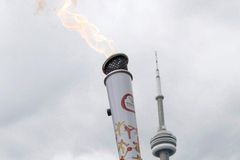 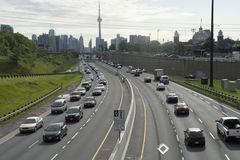 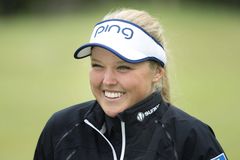