Canada's drive to become a tennis powerhouse is getting plenty of help from places such as Russia, Poland, Romania and even Togo.

From Milos Raonic to Daniel Nestor and Eugenie Bouchard, Canada has produced some top-notch players in recent years. And with teenagers including Denis Shapovalov, Félix Auger-Aliassime and Bianca Andreescu coming up the ranks, the future of Canadian tennis looks bright.

Just about all of those players, and many more, share something in common beyond athletic ability: They were either born outside Canada or have a parent who recently immigrated. It's a remarkable phenomenon that speaks to Canada's multicultural makeup and the growing global reach of tennis. And it's not showing any signs of changing.

Just consider this year's Wimbledon tournament. Of the 13 Canadians competing, all but one – Bouchard – have a direct parental connection to another country. Those countries are as varied as Montenegro, Israel, Serbia, Russia, Kenya, Cameroon, Poland, Czech Republic, the United States and Spain. And that doesn't include 16-year-old Auger-Aliassime, who wasn't at Wimbledon and learned the game from his father, who's from Togo.

"Tennis is, for sure, very international and many of the European, Asian and South American countries have a great culture of tennis," said Hatem McDadi, senior vice-president of tennis development at Tennis Canada. "There's an affinity, a love for tennis, from many new Canadians."

Indeed, studies show that when it comes to sports, new Canadians tend to gravitate to activities they knew best in their homelands. A 2014 study by the Institute for Canadian Citizenship found that among new immigrants surveyed tennis was the third most popular organized sport behind soccer and badminton, and far ahead of North American sports such as hockey, football and baseball. Tennis is the kind of sport "that many new citizens are already familiar with and played before coming to Canada," the report said.

"There aren't that many solo Canadian tennis players with British descent," said Gabriela Dabrowski, a 25-year old doubles specialist from Ottawa who made it to the fourth round in mixed doubles at Wimbledon and won the event at the French Open this year. Her first coach was her father, Yurek, a sports enthusiast who left Poland in the 1980s after the government declared martial law.

"I think for Eastern Europeans there's that hunger that we have in our blood because our parents want the best life possible for their kids, the life they were not able to have. At times, the parents live a little bit vicariously through their kids, which can be good or bad if it's not properly managed," she added.

Others with Eastern European roots include Raonic, who was born in Montenegro; and Shapovalov, who was born in Israel to Russian parents and received early coaching from his mother, Tessa, a former top player in the Soviet Union. There's also Vasek Pospisil, whose parents fled Czechoslovakia in 1988; Frank Dancevic, whose father is from Serbia; Nestor, who was born in Serbia; and Peter Polansky, who has Czech connections.

"I actually started playing tennis in Romania," said 17-year old Andreescu, a rising star from Toronto, who lost in the first round at Wimbledon this year, but has the second-highest world ranking of any female player her age. "And then we decided to move back to Canada for me to have a better opportunity at what I wanted to do."

The wave of immigration also coincided with the development of Tennis Canada's high-performance training centre in Montreal, which opened 10 years ago, along with the recruitment of French coach Louis Borfiga, who has groomed some of Canada's best young prospects. The elite program provides full-time coaching, covers the cost of travel and offers educational tutoring for about a dozen athletes. There are also regional centres in Toronto, Vancouver and one coming soon in Calgary.

For players such as Françoise Abanda, whose parents immigrated to Montreal from Cameroon, the national program has been a lifesaver. Her mother, who is now a single parent, would never have been able to afford the demands of an international tennis player such as Abanda and her sister, Élisabeth, who also plays.

"It really gave me that opportunity to expand myself and evolve and kind of travel the world," said Françoise Abanda, 20, who made it to the second round of Wimbledon. "It also takes away that pressure from you. You don't feel like, 'Oh my God, my family is wasting so much money I have to win.'"

Abanda's African roots are also no longer as unusual in tennis as they would have been only a few years ago. The game has expanded far beyond its traditional base in North America and Europe, and there are now players coming from countries as diverse as Fiji, Belarus and China. The International Tennis Federation, the sport's governing body, runs 448 tournaments for junior players in 125 countries. That compares with nine events in six countries in 1977. The fastest growth is coming from Asia. Players from places such as China, Japan and India account for around a quarter of all junior boys and girls competing in ITF events.

"If you look at the past [ITF junior] rankings, even just from two, three or four years ago, there weren't as many international kids, it was just all the major countries were kind of at the top," said Branstine, 16, who is among the top six junior girls in the world. "Now, you're seeing these players from kind of random places coming up through the rankings and it's cool. I really like it. I have friends from all these different places," she added, citing Burundi and Malta.

Dabrowski credits her father for helping her get to the top echelon of Canadian tennis, and it wasn't easy. She hasn't gone through the Tennis Canada program and her father has been the driving force in her career, serving as her first coach and quitting his job to accompany her on trips to tournaments. Dabrowski estimates that it costs more than $50,000 a year for her to compete at events around the world. She has no corporate sponsors, meaning she relies on prize money for most of her income. Her parents took out a mortgage on their home to get her started and she's decided to focus on doubles partly because it pays the bills.

"My parents and I, we've had to make a lot of sacrifices over the years," she said. As for her father's commitment and enthusiasm, she said: "Sport is just so huge in Europe that it kind of carries over a little bit." 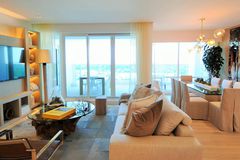 Federer into 11th Wimbledon final; faces Cilic for 8th title
July 14, 2017
Venus Williams into 9th Wimbledon final; will face Muguruza
July 13, 2017
Follow Paul Waldie on Twitter @PwaldieGLOBE
Report an error Editorial code of conduct
Due to technical reasons, we have temporarily removed commenting from our articles. We hope to have this fixed soon. Thank you for your patience. If you are looking to give feedback on our new site, please send it along to feedback@globeandmail.com. If you want to write a letter to the editor, please forward to letters@globeandmail.com.
Comments