That could be the makings of a future first line for the Edmonton Oilers after they won the draft lottery on Tuesday night, giving GM Steve Tambellini the first overall pick for the third year in a row.

Unless they move it before the draft in June, the Oilers will become only the second team in NHL history to pick first overall three consecutive drafts, joining the 1989-91 Quebec Nordiques.

Edmonton entered Tuesday's lottery with only an 18.8-per-cent chance of winning it, second to the Columbus Blue Jackets (48.2 per cent).

"To add another player like that is pretty exciting for our organization," Tambellini said.

Edmonton's win, however, comes with plenty of intrigue, as after several years of drafting high impact forwards the organization's key needs are now in goal and on the blueline.

It's quite possible they move the pick rather than draft Yakupov – the 18-year-old Russian star of the OHL's Sarnia Sting – in order to fill out a roster that finished in the NHL's basement for the third year in a row.

"The nice part of being where we are is we're coming into a phase where it presents options," Tambellini said. "We can talk about whether or not we need a forward or defenceman… or I'm sure there are teams that are very interested by the time we get to the draft as far as securing a No. 1 pick.

"Where we are with our young talent, we can finally afford to listen … There's lots of options. We're in a good spot."

The lottery loss was a bit of a blow for Blue Jackets GM Scott Howson, who entered the season with high hopes after a couple high profile additions but watched as his team put up a league worst 65 points.

There had been plenty of speculation Columbus didn't want to select another Russian youngster high in the draft after Nikolai Zherdev and Nikita Filatov failed to pan out.

"We're disappointed," Howson said. "But I know we're going to get a really good player at No. 2."

"You never know," Tambellini said. "He could move up."

With Edmonton moving from the second spot to first overall, every non-playoff team save for the Blue Jackets remains where it was prior to the lottery.

That means the Montreal Canadiens will have the third overall pick, the New York Islanders will select fourth and the Toronto Maple Leafs will be fifth.

While Yakupov is considered the clear front-runner to go first overall, who will go in the following five or six spots is anything but clear.

That could all change, however, if the Oilers don't pick according to the script.

"You really have to get to know the person and truly understand if he's ready to be that guy," Tambellini said of the process his team will go through to determine who to pick.

"It's a challenging draft at the top end for sure," Howson said.

Representatives of the five teams in the top positions were all on hand for the lottery at TSN's Toronto studios, with Tambellini and Howson joined by Canadiens assistant GM Larry Carriere, Islanders director of pro scouting Ken Morrow and Leafs GM Brian Burke.

Burke, whose team has had scouts in junior rinks across the country the past few weeks, was the only executive to decline interviews.

For all five, 2011-12 was a season to forget for their organizations, and the lottery marks the first of several steps toward building for next year.

"We feel this is the start of another season," Carriere said, "and it's going to be a real hard working off-season."

The first fourteen picks for the 2012 NHL entry draft are:

(The remaining positions are determined by playoff results) 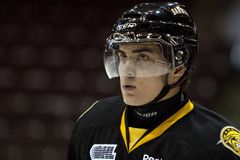 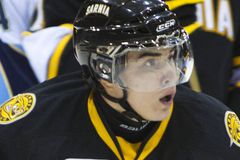 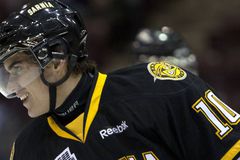