When the Canadian snowboarding team was introduced ahead of the Pyeongchang Games, one of the first questions was lobbed up at snowboarder Tyler Nicholson about the quality of the venues.

Nicholson was born in northern Ontario, but talks like he grew up with Sean Penn at Ridgemont High.

The way he drawled the line drew laughs in the room, confusing poor Nicholson. He is no longer accustomed to the company of squares who do not speak Malibu.

Two weeks later, no one's giggling. Canada's Olympics are totally stoked now. They may even be radical.

On Tuesday, Cassie Sharpe won gold in the freestyle halfpipe. Of the 19 medals won by Canada, seven are in snowboard/freestyle. Those two teams are in with a decent shot at four or five more.

Sharpe had two small misfortunes in the manner of her victory – she did it late, just as everyone's begun to get Olympically numb; and she did it almost simultaneously with Tessa Virtue and Scott Moir's ice dance gold.

Sharpe's victory connects back to Sarah Burke, the pioneering Canadian slopestyle skier killed in a training accident in 2012. Burke would have been the gold-medal favourite in Sochi. Instead, they spread some of her ashes there.

Had Sharpe done this exact same thing ten days ago, she might be the enduring Canadian memory of the Games. But a great deal of Olympic myth-making is down to vagaries of the schedule.

That didn't seem to bother Sharpe in the least.

Asked immediately afterward what it was like, the 25-year-old Albertan said, "It feels good."

She said it like she was talking about a really great massage. No tears, no shrieking, no releasing years of accumulated tension. Just, like, chill.

Freestyle and snowboarding have different cultures – Anglo freestylers still speak the Queen's English – but both fall laconically under the X-Games banner.

These are the new sports making up the best live viewing portion of the Winter Olympics. And we're not just talking about watching humans jump off cliffs on small toboggans.

These athletes are a different breed – unserious, unmuzzled, and unlikely to treat sport as a zero-sum game. They're a tribe apart.

There have been few moments here quite as delightful as talking to snowboarder Sebastien Toutant after he'd blown it in a slopestyle final.

Toutant was disappointed, but not so as you'd notice. There was a lot of shoulder shrug in his tone.

While he talked – in a deep Quebecois twang – Toutant watched teammates Max Parrot and Mark McMorris on the big screen as they pushed their way onto a podium.

How did that feel?

"They're all good homies," Toutant said. "So I'm hyped for them."

An hour later, he was sitting in a nearby KFC in full competition gear, eating fried chicken and taking selfies with locals. A downhiller would be in an underground lab having his platelets replaced through one IV and receiving a full-spectrum booster through another.

It's getting harder to find that old fashioned Canadian Olympic spirit – 'let's just go out there and have a good time trying' – in the Own the Podium age.

Every Canadian athlete here is still as cordial as a French courtier (ed. note: It's been a few days. Let's give the curlers a mulligan).

They say the right Canadian things about competing for the love of the game, but the smile doesn't reach many eyes until after they've won something.

You can see the tension in Patrick Chan's face, or the curling rinks, or the members of the women's hockey team. They're here to win. For many, their livelihoods and/or legacies depend on it.

That creates in some of them a robotic defence perimeter. Their speech is made up entirely of clichés connected by prepositions. They can't ever relax.

Their coaches call it focus. I'd call it a bummer. What's the point of playing a game for a living if it feels like work?

None of that has touched the X-Games crowd. They also want to win, but if they don't, well, whatever. That was wicked though, right?

Most are pros working on circuits that carry more reputational heft in their particular world than the Olympic Games do. For many of them, this really just is a thing they do in their spare time for all the homies back in Canada.

That's another thing about surf culture in general – no one keeps score. Everyone's cool, though some people may be more cool than others.

Spencer O'Brien is cool. At 30, she's one of the eminence gris of the sport. She's not doing quite as well here as she might have hoped.

O'Brien speaks like the kind of English lit teacher you'd remember your whole life, except that she says "dope" and "gnarly" a lot. All of O'Brien's pals who are doing better than her here are dope.

She stopped an interview during Big Air the other day to admire the work of Japanese opponent Yuka Fujimori.

"Yuka's one of my really good friends," O'Brien said, so happy she was laughing. "That was a really nice back-nine."

Which is something a golfer could say at the Masters, but is unlikely to.

All this non-competitive competition seems to suit Canada.

For a long time, we were best at the deep winter sports. At least, the ones you could do under a roof – speed skating, figure skating, hockey, et al.

Suddenly we're a bunch of back-country dudes and an alternative sports powerhouse. That's the new part.

What's even better is the back-to-the-future'ness of it all. These athletes represent the perfect hybrid of the old/new Olympic Canada. They win, but they wear their setbacks easily. They care, but not so much their teeth are cracking through a grin. They don't just respect their opponents, they cheer for them.

Mostly, they're here to have fun. The Olympics talks a good game about fair play and respect, but fun – that essential building block of the sporting impulse – doesn't get a lot of IOC marketing love.

Maybe fun's just the thing to resuscitate the declining Olympic brand. If so, a few of the Canadian athletes in Pyeongchang have been extremely righteous in that regard. 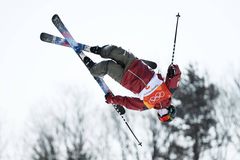 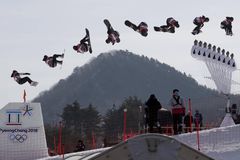