If it was indeed the final individual race of Denny Morrison's illustrious career, it wasn't the result he was hoping for.

But Morrison's race was won the moment he stepped up to the Olympic starting line Tuesday night, and stuck his blade into the gleaming Gangneung Oval ice.

The 32-year-old from Fort St. John, B.C., who survived two brushes with death on his road to the Games, finished 13th in long-track speedskating's 1,500 metres at the Pyeongchang Olympics.

The four-time Olympian crossed in one minute 46.36 seconds.

Morrison won silver and bronze four years ago in Sochi, but the years between Olympics read like a season of "Grey's Anatomy." He fractured his femur, tore his ACL, along with a laundry list of other internal injuries, in a motorcycle crash in May of 2015, T-boning a car so hard he upended it. He called himself "one lucky dude" for surviving.

Less than a year later, he suffered a stroke while on a 20-day cycling trek of the Arizona Trail with his then-girlfriend Josie Spence — they're now married. Josie Morrison, a speedskater who's also competing for Canada in Pyeongchang, rushed him to hospital when she noticed him acting oddly. He was drooling. He couldn't manoeuvre his foot into his flip-flop.

For an athlete who's identity was intricately tied to gliding around an oval of ice, both comebacks were incredibly tough.

"When I couldn't train I felt like I had lost my purpose, and I had felt like I'd lost my daily routine of what kept me going," Morrison said. "And that was one of those really difficult that was mentally challenging, was a lot of days after both events where I was barred from training the way I had been training for over a decade and a half."

Because of his torn ACL, he was barred from the off-season sports he loved like soccer and volleyball. Because of his stroke, he couldn't do anything that raised his blood pressure. It was five months before he could even lift weights.

"It was a matter of getting back to life as I know it and finding my purpose again, which for me has always been speedskating," he said. "It's always been training, and to see how far I could push myself. So, yeah, it wasn't so much why I kept going, but how could I not?"

Moments after he'd tugged off his skates Tuesday night, he spoke thoughtfully with reporters about his long road back to the Olympics, and how he'd had to accept things would never be the same.

Paired with Poland's Konrad Niedzwiedzki in Tuesday's race, Morrison's first lap was the slowest, due largely to his still-unstable knee that makes it difficult to accelerate. He picked up the pace through Laps 2 and 3, but eventually crossed in fifth place, with 10 of the world's best skaters still to take the start line.

"I got better and better and better to the point that now, being at the Olympics, I thought — and I really believed it — I pre-raced, I primed, morning warmup, and I was like 'I can do it. I had that belief again,"' Morrison said. "And it wasn't that easy, right? It's not an easy sport. It was hard today. And it's something I have to accept."

Morrison will also skate in the team pursuit later in the Games. He's not entirely sure of his competitive future after that.

"Who knows? Maybe I'll have another race," he said with the briefest of winks.

What he does know is that immediately after Pyeongchang, he and Josie will go on a long-awaited honeymoon. Married last May, they'd put the honeymoon on hold to focus on their Olympic goals.

They plan to climb Mount Chimborazo in Equador. While not the mountain with the highest elevation above sea level, its location along the equatorial bulge, Morrison explained, makes its summit the farthest point on the earth's surface from the earth's centre. It's also the closest point to the moon on earth.

"I'm kind of an astronomy and science nerd, and so I thought about this place . . . it's kind of a cool destination. And we're kind of outoorsy, so it's the outdoorsy thing," he explained.

And why not go big?

"It's kind of epic, right?" he said. "We've been doing epic things, and this comeback has been about doing something epic. And regardless of my result today, just getting here and racing to that result was still something kind of epic."

Canada’s Olympic speed skaters look to the details to find an edge
February 8, 2018 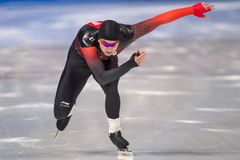 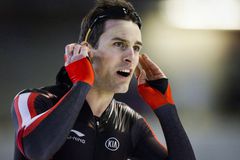