With no fans at the Tokyo Olympics, the stadiums don’t roar. They echo. For those few in attendance, the disinfection stations at every juncture are a physical manifestation of what organizers want these Games to be: sterile.

But in stripping away the pageantry, the pandemic has laid bare some of what lies below the surface of sport. Without spectators to drown them out, the noise has come from the athletes themselves.

What has resulted has been an Olympics that has become consequential in ways far beyond the field of competition.

“Oftentimes we talk about sport and say it’s neutral – that we should try and make it neutral,” said Charity Williams, a veteran of a Canadian women’s rugby sevens team that, for months before the Olympics and now again in Tokyo, has spoken out against abuse and bullying.

“Sport is political. You’re representing a country. That’s as political as it gets.”

On Saturday, the Canadian women won against Kenya in their final match after failing to make the quarter-finals, a disappointing ninth-place finish for a group seen as a medal contender.

But there was little discussion of what happened on the field. Hours before the match, Rugby Canada fired coach Jamie Cudmore over a series of Twitter messages exulting in the women’s loss Friday against France. “Karma is a bitch! #Survivorsmyass,” he wrote, while cheering on the Chinese team.

He made his posts, which Rugby Canada called “unacceptable,” after 37 past and present women’s team members signed a complaint earlier describing what they called psychological abuse, harassment and bullying. In April, an independent review ordered by Rugby Canada found no violations of policies on harassment or bullying but said, “It would not be viable for John Tait to resume his duties as head coach of the national senior women’s sevens.”

Mr. Tait, who coached the sevens team to bronze in Rio de Janeiro in 2016, resigned, but said he did “nothing to warrant my behaviour being described as abusive in any way.”

Mr. Cudmore, who is close to Mr. Tait, deleted his tweets and apologized on Twitter, saying it “was an emotional event for a good friend and I let that get the better of me.” Hours later, he was pulled from his position. Rugby Canada promised a review with “a goal of positioning teams for success in supportive, inclusive environments.”

But in Tokyo, a much larger audience is listening.

Mr. Cudmore’s tweets were a particularly barefaced example of the strains on athletes – women, in particular – that have risen to the fore at the Tokyo Olympics.

On Saturday, U.S. gymnast Simone Biles withdrew from another two events, the vault or uneven bars, after withdrawing from individual and team all-around events earlier in the week. She has described “fighting all of those demons,” saying she needed to prioritize her own mental and physical health after suddenly losing the ability to push her body into the gravity-defying performances that have made her the world’s best.

On Instagram, she described what has happened. “Sometimes I can’t even fathom twisting,” she wrote. “I seriously cannot comprehend how to twist. … It’s the craziest feeling ever. Not having an inch of control over your body.”

Tennis star Naomi Osaka similarly decried the toll that pressure has taken after she lost in an early match. Others athletes have protested against the different expectations for how female Olympians should dress. Sporting bodies around the world have publicly expressed support. Olympic Broadcasting Services, which provides most of the televised images of the Games, said it would steer cameras away from sexualized images of athletes, particularly those in revealing attire at events such as beach volleyball.

But if those conversations suggested change, the tweets from Mr. Cudmore illustrated something very different.

“Through our stories being shared, we’re getting messages of so many similar stories – and that’s what breaks my heart,” said Ms. Landry, the Canadian captain. “And it’s a big reason why we’re still speaking to it. Because there’s a lot of people that haven’t been able to speak up,” or have been driven out of athletics entirely.

It’s happening “all over the place in sport,” she said. “It’s way too commonplace. And if we can be a tiny little part of that change or help an athlete in the future, we’re proud to do it.”

Britt Benn, who is leaving the Canadian team after these Olympics, said she was “very happy that Rugby Canada took the steps forward to show that there is consequences for people that don’t support this program in a very disrespectful way.”

But the episode with Mr. Cudmore pointed to a need for more radical change, the veteran Ms. Williams said, including of “those faces in the meeting rooms.” 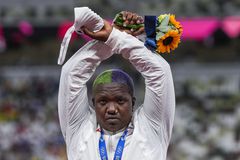 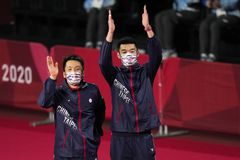 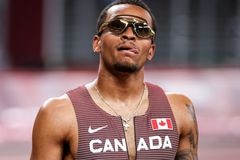