On paper, Canada’s men’s volleyball team had the same result at the Tokyo Olympics as it did five years earlier in Rio: a 3-0 loss to Russians in the quarter-finals.

But Canada’s players and coaches see a difference in the quality of those losses, and believe the national program has evolved in the past five years.

Gord Perrin led with 15 points as Canada lost to the Russian Olympic Committee 25-21, 30-28, 25-22. Nicholas Hoag, who had 10 points, said all the Canadians had more experience since that loss in Brazil at the last Summer Games, and it showed on the court.

“You can tell that this game was way more competitive than the one in Rio,” said Hoag. “It was so much fun to play. We were more comfortable today and we know we can beat those guys.

“There’s no regrets because we had a great tournament overall.”

Perrin agreed, noting that Canada had performed well at other international tournaments in the five-year span between the two Olympics. He also noted that in that time all of Canada’s players had started playing professionally, helping them develop as individuals.

“We’ve had some big moments since Rio on the international stage,” said Perrin. “If you look at it, it’s not just about the Olympics. We played well at other tournaments.

Ryan Sclater added 14 points for Canada, which opened the tournament with back-to-back losses to Italy and Japan before recovering with wins over Iran and Venezuela. A loss to Poland closed out the preliminary round for the Canadians.

“After a tough start we came back and made the quarters, so that was a huge accomplishment for us,” said Hoag.

Dmitry Volkov had 15 points to lead Russia, which looked dominant after finishing pool play 4-1. The Russian team had wins over Argentina, the United States, Brazil, and Tunisia.

The Russians’ semi-final opponent was set to be determined later Tuesday when Japan faced off against Brazil.

Canada’s loss also represents the end of an era for the men’s volleyball program.

Head coach Glenn Hoag – Nicholas’s father – began coaching Canada in 2006 but had retired from leading the national team after Rio. However, he returned in 2018 to see them through the Tokyo Games.

The elder Hoag choked up when speaking about the players who had grown up under his tutelage, telling reporters he had been looking at photos from a decade ago to see how far the team had come.

“They’re pretty amazing guys,” said Hoag through tears. “Every single guy. They all have their stories and for me to be a part of their stories is a great honour.”

Hoag said he intended to continue coaching professional volleyball in Turkey for a couple of years. He also hoped to be a part of the Canadian national program in some capacity.

Perrin said the Tokyo Games were also likely his last Olympics with the national team.

“It’s good to be around everybody and to play with my teammates,” said Perrin, 31, who added he was pleased to be retiring from international competition on the sport’s biggest stage.

He said playing with teammates is “what I’ve enjoyed doing over the past 10 years and that’s what I’ll miss the most.”

Canada mounted a late comeback in the first set on Tuesday to pull within three points, but a block on a Russian attack sent the ball out of bounds on set point for a 25-21 win.

The second set was much closer, with six set points.

A joint block by Perrin, Lucas van Berkel and Tyler Sanders tied the middle set 25-25. After a quick Russian point, van Berkel spiked the ball to again tie the match.

Ivan Iakovlev’s block gave Russia a 27-26 lead but then a smash from Arthur Szwarc again brought Canada back.

Hoag tied it up again to make it 28-28 before the Russians got back-to-back points with Maxim Mikhaylov getting the decisive one.

Iakovlev came up to block a Perrin smash in the third set but the ball caromed way out of bounds to tie it 7-7 for Canada.

That was as close as Canada got, with a Volkov spike punctuating the Russians’ victory. 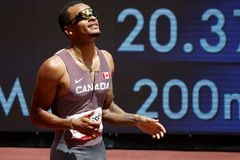 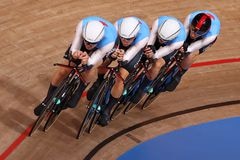 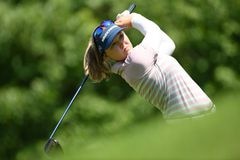