Marnie McBean has a message for Canada’s Olympic athletes: however they navigate these turbulent times will be part of a story they’ll tell for the rest of their lives.

Friday marks one year out from the opening ceremonies of the rescheduled Tokyo Olympics, and the three-time Olympic gold medallist in rowing and Canada’s chef de mission for Tokyo, wrote a letter to the Canadian team.

“I can’t help but wonder: What is today? Is it a recognition of a missed year? Or a celebration of one year out? Either way, it’s part of your story,” McBean wrote.

“Everything that has (or hasn’t) happened in the last six months and what will happen in the coming year, is part of your story.”

Canada was poised to send its largest team ever to Tokyo before the COVID-19 pandemic brought the global sports world to its knees in March. Canada announced it wouldn’t go to the Games if it was held as scheduled this summer. Within days the International Olympic Committee announced it was pushing the Games back a year.

While athletes knew it was the right decision, it was gut-wrenching nonetheless. Elite athletes rely on routine and the ability to carefully steer their own course as best they can, and suddenly the future was a massive unknown.

“The athletes have gone through a lot,” McBean told The Canadian Press. “First it was shock. The oxygen left the room when we said the Olympics weren’t going to happen.

“And then, it’s not just physical unrest, it’s mental unrest when athletes who are used to parking their stress and their passions into a physical expression. And so a lot of our messaging for a long time was: let’s figure out our mental health first. Let’s focus on that. And that was the same message for all Canadians, right?”

McBean is one of Canada’s most decorated Olympians. She rowed to a pair of gold medals at the 1992 Barcelona Olympics, then gold and bronze in ’96 in Atlanta.

The 52-year-old said she still tells her Olympic story decades later, and stressed to Canada’s athletes “how they are filling the pages (of their story) is up to them.”

“Your plan was thrown in the garbage but your goal was not. . . your story continues,” she wrote. “You’ve come up with a plan and you and your team are figuring it out.

“This is what you have always done — figure things out and thrive. How you figure this out IS YOUR STORY.”

McBean said there have already been unique stories of success during this historic hiatus caused by the coronavirus.

There have even been competitive successes. Distance runner Moh Ahmed shattered his Canadian record in the 5,000 metres recently.

McBean believes that next year’s Games will be even better than they would’ve been this summer.

And perhaps a forced layoff will be a silver lining.

“While athletes have been missing all of their treatment modalities — they don’t have the physios and the massage and the chiropractic assistance that they always have — they just got five months of something they haven’t had for years: rest and proper recovery,” said McBean.

“I often joke that at the Olympics athletes are all duct-taped together. And I don’t think that’s going to be as prevalent when we get to Tokyo 2020/01.”

There’s been both good and bad news out of Tokyo in the past week. Olympic organizers said the venues are good to go, and released the competition schedule.

At the same time, Tokyo’s organizing committee president indicated the world must get the virus under control with a vaccine or drugs for the Games to go ahead.

Japanese people are also skeptical the Games will go ahead, with more than 33 per cent of those polled saying they should be cancelled. And while Tokyo had done well to duck the coronavirus, the city government announced Thursday it had topped 300 new cases for the first time.

McBean said with 12 months and counting, it’s impossible not to watch the calendar with fingers crossed.

“The Games are a long way off, and we can’t predict what’s going to happen in July 2021, but I couldn’t have predicted the amount that we could do in a positive sense in the last five months,” she said. “If you’d told me six months ago that everybody in Toronto is going to go and work from home, I would have laughed at you.

“What we’ve accomplished in the last five months makes me really hopeful for what can happen in the next 12 months.”

McBean hopes people are rooting for the Olympics to happen. It will mean the world has beaten the pandemic.

She’s heard the odd comment from people who say “‘Oh, those athletes think they need to be an exception, this is hard on everyone,”' McBean said.

“I agree. Athletes want to get back (to work),” she said. “For many athletes sport is their career.

Tokyo organizers are banking on a simplified Games. While organizers said the number of athletes will remain untouchable, other options include holding events with no fans.

McBean believes Canadian athletes will be prepared for anything.

“The Games are going to look different,” she said. “And regardless of the extent of simplification, the sports will look amazing.

“Athletes don’t train for fireworks. They’re not training for banners and colours. So while fans in the stands are absolutely wanted, and contribute significantly to the Olympic spirit, the consequence and the heartbreak and the joy and the celebration always comes from the field of play. And that’s what Canadian athletes are laser focused on and hopeful for.” Tokyo Olympics organizer says Games could not be held under ‘current conditions’
July 22, 2020 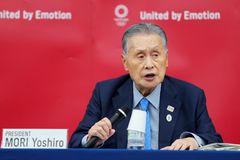 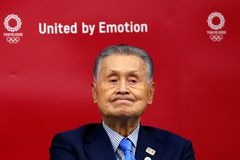