Canada’s women’s water polo team was scheduled to be on a flight to Hungary on Wednesday evening.

Instead, with the coronavirus gaining a foothold in Europe, Water Polo Canada decided to play it safe and keep the women’s team home in Montreal.

“We feel we are under control, we’re monitoring things closely,” said Martin Goulet, Water Polo Canada’s executive director. “We’ll see what happens. That’s the reality of preparing for big events. We’ll have to be prepared to make some adjustments, have ‘B’ plans and all these kinds of things.”

The viral outbreak that began in China has infected more than 80,000 people and killed more than 2,700 globally. Five deaths in Japan have been attributed to the virus.

Numerous global sports events have been either postponed, moved, or cancelled outright. Some are being held behind closed doors with no spectators.

The women’s water polo team, which has already qualified for the Tokyo Olympics, had planned a training camp in Hungary in collaboration with the Hungarian and Australian national teams, because “we need quality training, and international games. And so that’s a must in order to prepare our players.”

The trip was cancelled after discussions with medical staff at Montreal’s Institute of Sport.

Canadian star Krystina Alogbo, who plays professionally for CSS Verona in Italy — where the number of reported cases has exploded from three a week ago to 650 cases as of Thursday — is being flown home to Montreal.

“What we were afraid of is that we would end up with people put in quarantine and that would screw up our preparation for the Olympics with players getting stuck with these kinds of things,” Goulet said.

Canada’s former International Olympic Committee vice-president Dick Pound struck a chord of fear when he suggested the Tokyo Games were threatened, and organizers would have to decide two months out whether or not they would go ahead.

“By and large you’re looking at a cancellation. This is the new war, and you have to face it. In and around there folks are going to have to say: ‘Is this under sufficient control that we can be confident of going to Tokyo or not?“’ Pound told the Associated Press.

While Tokyo Olympic organizers and the Japanese government went on the offensive saying the Olympics and Paralympics would go ahead as scheduled, the coronavirus has cut a swath through numerous global events including the world indoor track and field championships, which were postponed by a year, the world table tennis team championships, which were pushed back a month, and two World Rugby Sevens Series events — the Hong Kong Sevens and Singapore Sevens — which were rescheduled for October.

Table Tennis Canada’s president Adham Sharara said the world championships would have been great pre-Olympic preparation. Instead they’ll schedule alternate training and competition plans “mainly in North America, but also in some parts of Europe, like Sweden and so on.”

Sharara said table tennis is “quite used to” changes and cancellations.

“Not necessarily because of a virus, but because of any other situation, sometimes wars, sometimes earthquakes. So usually the changes are quite rapid, and there’s a lot of choices,” he said.

“So we would provide the experience we would have had at the world championships, we may provide some training camps in Sweden and also bring some foreign player from safe countries,’ let’s call them as far as the virus is concerned, to Canada to train with our players. We adapt very quickly to that.”

Simon Nathan, Athletics Canada’s high performance director, said that plans would be put in place with each athlete affected to “try and find different competitions for each of them, but they’ll likely be spread out rather than in one place, which is what would have happened at the world indoors.”

Sprint star Andre De Grasse didn’t plan to compete indoors, but would likely have raced in a pair of Diamond League meets in China in May. While the two events haven’t been cancelled, De Grasse said recently he was planning as if they would be, and would instead open his season at meets in the United States.

Canada’s men’s water polo team will compete for a spot in the Tokyo Olympics at a qualifying event March 22-29 in Rotterdam, Netherlands, and is scheduled to open a camp in that country on March 10.

While Goulet said that tournament is still a go, a pair of Canadian men playing professionally in Italy — Matt Halajian and Gaelan Patterson — could be brought home shortly.

“We’re in contact with them and their club manager because they’re looking at cancelling some of their club games coming up,” Goulet said. “If they do so, we’re going to repatriate both players to Montreal, even if they have to fly 10 days later with the team to the Netherlands, just to avoid any sort of problems.”

Among other events affected were the Tokyo Marathon, which cancelled its mass participation race and will instead hold an elite race for just over 100 runners. Several LPGA events were also cancelled, including the Honda LPGA Thailand and the HSBC Women’s World Championship in Singapore.

The consequences of the coronavirus are also being felt at the World Diving Series event this weekend in Montreal. Teams from China, Japan, South Korea, Italy and France are not competing. According to Diving Canada, China’s absence this weekend is due to visa issues.

Dr. Jim Miller, a member of FINA’s medical staff, said he and his team had visited all the Montreal hospitals that are able to carry out tests for coronavirus, to check if they had been exposed to it.

The Canadian Olympic Committee has a large team in Tokyo as part of an Olympic site visit. The trip was scheduled prior to the coronavirus outbreak.

The COC said in a statement its “working towards a successful Tokyo 2020 Games.”

“As of now, and based on all scientific information available, our plans remain unchanged, all while being alert that we must always consider important and necessary public-health precautions as they arise,” said the statement. “The COC works extremely closely with both the International Olympic Committee as well as our own expert medical team on issues like the present. This, combined with a broad collaboration with the World Health Organization, Health Canada, and Global Affairs Canada, assures us of the most up-to-date information on both this and potential health concerns for our athletes and staff. COVID-19 is a fast-evolving situation globally, and we will update or revise our Games planning as necessary. As of now, we have no fact-based reason to speculate beyond what is presently known. The safety and health of our athletes and staff is and always will be our primary and paramount mission.”

With files from Alexandre Geoffrion-McInnis. 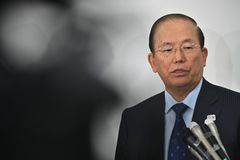 IOC’s Dick Pound says Tokyo Olympics would be cancelled – not postponed – if virus threat is too serious
March 11, 2020 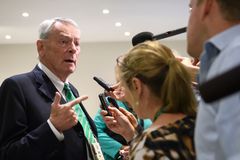