In early January, when COVID-19 numbers were climbing again, and Ontario had just hunkered down in another stay-at-home order, Melissa Bishop-Nriagu, her husband Osi and their daughter Corinne moved from Windsor, Ont., to Victoria.

With her Olympic participation on the line, the west coast city offered fairer weather for training and fewer COVID-19 restrictions.

Still, the world 800-metre silver medalist faces an uphill battle in securing a spot on the Tokyo Olympic team. Bishop-Nriagu, who was fourth at the 2016 Rio Olympics, should be among Canada’s top medal hopes on the track in Tokyo – if she can just get there.

“It is [brutal],” Bishop-Nriagu said. “And even more brutal given the pandemic. ... Bottom line: I need races. And I need them to be fast.”

Track and field isn’t the only sport scramba to qualify amid Canada’s COVID-19 protocols. Canada promised to send perhaps the strongest men’s basketball team to Tokyo last year, when the Olympics were originally supposed to take place. Now, the compacted NBA season conflicts with the Olympic qualifying tournament in June in Victoria.

Canada’s boxing team is in quarantine less than three months from a qualifying event in Argentina after a team member tested positive for the coronavirus earlier this week.

Athletics Canada had hoped to send a team of 60-plus athletes to Tokyo, but just 24 have achieved qualifying standards, largely owing to the inability to compete.

Before the pandemic, World Athletics had implemented new qualifying rules that require athletes to either achieve one very difficult standard – a fast time, a long throw, etc. – to earn an automatic berth, or be ranked in the top 48 in a complicated points system calculated over an athlete’s five best major competitions.

The automatic entry standard for the 32-year-old Bishop-Nriagu is one minute 59.50 seconds.

She has the Canadian record of 1:57.01, but with the 2020 season virtually wiped out by the pandemic, her fastest time is the 2:00.98 she ran indoors in Boston last February.

“The easiest route is just run the standard and get it over with,” Bishop-Nriagu said. “But it’s not easy given our travel circumstances.”

Because of Canada’s international travel protocols, leaving the country to race means two weeks in quarantine upon return.

“It’s for the betterment of everybody’s health that we have these measures in place, but it just makes it difficult to [qualify],” said Bishop-Nriagu, who started planning the temporary move to Victoria back in October.

The Olympic trials from June 24-27 in Montreal are both a chance to run that standard or accumulate ranking points to climb into the top 48.

“Nationals is actually in the best interest for anybody on the line of making standard, because you go ... there and win and get enough points to be ranked in the top 48 and you’re on your plane to Tokyo,” she said.

Reigning Olympic high jump champion Derek Drouin faces an even tougher road than Bishop-Nriagu. Hammered by injuries the past couple of seasons, Drouin is unranked, and since he lives in Toronto can’t travel to international meets.

In the meantime, Athletics Canada is lobbying for an edit to the stringent qualifying rules to allow for a more even playing field in Tokyo.

“It’s just so unfair for Canadians at the moment, it’s terrible,” said Simon Nathan, Athletics Canada’s high-performance director. “The worry is: If I don’t travel, then I can’t qualify. If I do travel, there are places that are more risky [for the pandemic] than Canada. And then I come home and have to sit on my bum, literally not allowed to do anything for two weeks while my rivals are still training, they’re still competing.

“So it’s stress coming from every direction.”

Nathan said between half and two thirds of national team athletes are based in Canada. Athletics Canada recently removed the stipulation that every athlete must compete at the trials, thus runners Andre De Grasse, Moh Ahmed, Gabriela DeBues-Stafford and others training abroad need not cross the border to race here.

Nathan noted that Canada’s men’s 4x100 relay team that won bronze in Rio hasn’t qualified. They could qualify at the World Relays in Poland in early May, but it’s tough to bring sprinters together from training bases in Canada, the United States and the Caribbean.

The deadline to register an athlete in any sport for the Tokyo Olympics is July 5, which is less than five months away. And the pandemic is severely impeding international and domestic competitions that ultimately determine the expected 400 to 40 athletes representing Canada in Tokyo.

“There will be hard stories, heartbreaking stories for sure. There are so many moving parts. We are trying as much as possible to prevent unfairness issues, but it’s not simple. The virus is not making it simple.”

Canada as a country has gained 99 event entries into Tokyo, which represents 239 athletes, according to Myles.

Of Canada’s 35 national summer sport organizations, 28 are still in the process of choosing their Olympic athletes.

“The challenges are massive,” said Own The Podium summer sport director Mark Hahto.

“It stems primarily from the cancellations, the uncertainties, the postponements of so many events on the summer calendar.”

Entry into other countries for events, what the pandemic situation is there, Canada’s quarantine requirements, how to physically be ready for a qualifying event that keeps getting rescheduled while also peaking for Tokyo are just a few of the plates athletes, their coaches and their federations are juggling.

“The emotional weight on the athletes, the staff and the people they work closely with is not insignificant,” Myles said.

Canada is expected to be strong in the new women’s sport of sprint canoe, for example, but still has to qualify a C-2 boat.

A continental qualifier in Brazil in April is the chance to do so -- if it doesn’t get cancelled.

Canoe Kayak Canada has to determine whether it’s safe for athletes to travel there, and how to combat a decline in conditioning over a two-week quarantine when they come back.

Canada’s Paralympic athletes face an extra layer of complexity. In order to compete against other athletes with similar in abilities in Tokyo, they need to be classified before the Games.

“Because of all the cancellations, we have so many athletes that are unclassified so they’re not going to be able to compete,” Hahto said.

“Some of them are podium athletes, so they will not be able to compete at the Paralympic Games unless we can get them to a classification event, which in most instances are linked to a World Cup or something of that nature, or some type of qualifying.”

“I don’t want to say it’s chaos because that’s probably a little bit too dramatic, but it’s dire.”

Previous Olympic medalists, world champions and other proven international performers could expect to be hand-picked to Canada’s 2021 team should the qualification process go completely sideways.

The rest of the swim team will be determined at trials postponed from April to May, and a June qualifier.

In the case of track and field athletes such as Bishop-Nriagu and Drouin, Athletics Canada is bound by World Athletics rules.

“We can only pick people who are qualified within the system, we can’t go beyond that,” Nathan said. “We’ll send as many as we can. If there’s no flexibility, if they don’t change the system, and the borders remain closed in Canada, then I think we’ll have a smaller team than we would have had.”

There are track and field meets happening in the U.S., Australia and other countries, while Canada is hamstrung from hosting anything at the moment. Nathan noted Toronto has an excellent indoor facility at York University – but only 10 people are permitted indoors at a time, including athletes, coaches and officials.

“And people make a huge sacrifice to get to the Games, they park all sorts of things, they park their life, having families, their education, their careers to make this go. And because the Games were postponed, they had to stretch that for another year,” Nathan said.

“Then to go through all of that, and be in this quandary of: I can’t even get to enough competitions because of things outside of my control, and I can see other people doing stuff that I just literally can’t do ... it is very, very hard.

It’s also athletes not yet in the prime of their careers, for whom a first Olympic Games is valuable experience for a second, that risk falling through the cracks if they don’t get a fair chance to prove themselves.

“If we don’t get some of those NextGen athletes, those new athletes that are really emerging that are on the bubble, and they actually miss their opportunity to get their feet wet in their first Olympic Games, which we know has a huge impact just looking at the data, it is really critical,” Hahto said. 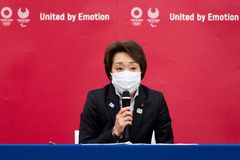 Opinion
Our athletes are powerful tools for good – they deserve a chance on the world stage
Subscriber content
February 4, 2021 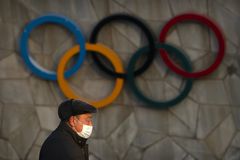 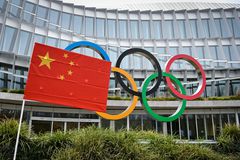