The wait is finally over for co-captain Nate Hirayama and the Canadian men’s rugby sevens team.

After failing to qualify for the 2016 Games in Rio, the sport’s Olympic debut, the Canadian men booked their ticket to Tokyo in July 2019, going undefeated at the Rugby Americas North Sevens tournament in the Cayman Islands.

Some 750 days will have passed from then to now by the time Hirayama’s team takes the field at Tokyo Stadium on Monday at 9:30 a.m. in Tokyo (Sunday 8:30 p.m. ET in Canada) against Britain.

At the Tokyo Olympics, Canada's swim team is taking a deep dive into the data pool

“Even longer before then, because a lot of the people in this group were around for the previous Olympics and we were hoping to go to that,” Hirayama said in an interview. “And we had such a committed group of guys that put in tons of time for that.

“So for some of us, it’s been a lot longer than just the last two years. The last five years. It’s a large portion of our lives going into this.”

A lot has happened along the way.

Current coach Henry Paul, a former England sevens star, took over in May 2019 after Damien McGrath was fired. McGrath had been hired in October 2016, succeeding Zimbabwe’s Liam Middleton, whose contract was not renewed after the men failed to qualify for Rio.

In the fall of 2018, the Canadian men worked out on their own during a bitter two-month labour dispute with Rugby Canada before the 2018-19 HSBC World Rugby Sevens Series.

Failure to make the Rio Games cost Rugby Canada and the Canadian men dearly, with Own The Podium pulling its funding. The men’s sevens team, which had received $850,000 in OTP-recommended money in 2016-17, got nothing in 2017-18. Rugby Canada appealed and got a small portion of the funding back.

Making their mark during the three-day competition in Tokyo won’t be easy for the Canadian men, who were eighth overall in the World Series standings when the remaining four events of the 2019-20 season was cancelled due to the pandemic.

Canada is playing in Pool B with Fiji and Britain, the two finalists in Rio, and Japan, which finished fourth.

The Fijians ranked third in the last World Series standings. Britain is drawn from players from No. 5 England, No. 11 Scotland and No. 15 Wales. Japan ranked 16th after taking part in five of the six events played before the season was shut down.

“Every pool is tricky and (has) got world-class teams,” said Paul. “The boys are looking forward to playing those three teams. We’re just confident in ourselves.”

“We’re happy where we are. There’s no easy games,” he added.

Canada opens against Britain and Fiji on Day 1 and Japan on Day 2, with playoffs to follow. The top two teams in each of the three preliminary-round groups plus the two best third-place finishers advance to the quarter-finals.

On the plus side, the Canadian men impressed in their last stop on the World Series, finishing third at the Canada sevens in Vancouver in March 2020.

The Canadians have shown, on their day, they can beat anyone.

“That is how we feel,” said Hirayama. “We’ve felt that way a long time but it’s nice to have the results to back it up, especially most recently in Vancouver.”

“It’s quite a confident group. There’s a ton of belief in the group,” said Hirayama. “That’s just sevens though. On anyone’s day, anyone can beat anyone. I think that’s what makes the game so special and exciting at the same time.”

A high point came when the 33-year-old from Richmond B.C., who now makes his home in Victoria, and basketball player Miranda Ayim were named Canada’s flag-bearers for the opening ceremonies. They are the first members from a team sport to lead Canada’s athletes into a Summer Olympics.

It’s another honour for a player who has represented Canada at three World Cups and won two gold and a silver at the Pan American Games. Hirayama, whose father Garry represented Canada in both sevens and 15s, ranks third all-time on the World Series all-time scoring with 1,859 points, behind England’s Ben Gollings (2,652) and New Zealand’s Tomasi Cama (2,028).

The Canadian men dispatched Bermuda (twice), Barbados, Mexico, Guyana and Jamaica by a combined score of 293-15 in their 2019 qualifying tournament.

During last year’s lockdown, Hirayama worked out mainly by himself, often taking a bag of balls to kick at a nearby field. On a good day, his girlfriend or a buddy would come along to retrieve the balls.

The Canadians returned to full-time training together in January. Prior to that, many juggled training with jobs.

The team last competed in April in Dubai, finishing fifth and second in two editions of the Emirates Invitational Sevens.

“Obviously it’s not ideal but I don’t think it is for anyone – in any sport going to the Olympics,” Hirayama said of the limited preparation.

He’s not sure how that will affect the rugby sevens competition in Tokyo but says Canada’s team will benefit from its experience.

“We’re just going to leave it all out there,” he said.

Hirayama says he and some of his teammates started in the sport in a time when playing in the Olympics “wasn’t even a dream.”

“I know for me it’s been my full focus since it (becoming part of the Olympics) happened,” he said. “It’s going to be really special to do this with this group – obviously so much commitment shown by so many of the guys. It’s a really special group. Obviously these guys would be my friends even if we didn’t play rugby.”

As for his playing future, Hirayama says he will take stock after the Games.

Paul, known as HP, is a personable coach with impeccable rugby credentials.

“What a fantastic player he was across all codes,” said Hirayama. “Whenever you have a coach who is that quality of a player it automatically makes you look at the game a little different … I know for me, just seeing what he saw as a player has been a thing of growth for me.”

Hirayama is the team’s playmaker with co-captain Harry Jones adding experience and savvy. Speedster Justin Douglas is the team’s danger man, a threat to score every time he touches the ball.

Paul says other players have to help unlock opposition defences, sucking in tacklers and creating space for the likes of Douglas and Theo Sauder.

Paul says Jones is an energetic vocal leader while Hirayama leads by example.

All the players were double-vaccinated ahead of the Games, according to Paul. The plan was to arrive in Japan just before competition starts, with the thought that there is less risk of COVID-19 on Vancouver Island than Tokyo.

Paul competed for England in Commonwealth Games in Manchester (in 2002) and Melbourne (2006), saying the experience was “awesome.”

“I know it’s not going to be a typical Olympics and it’s a shame for Tokyo and Japan that the world is what it is. But you can still feel the excitement amongst the players,” said Paul.

The men’s competition runs through July 28, with the women taking over for the three days after that.

The 48,000-seat Tokyo Stadium, which was built in 2001 and hosted matches at the 2002 FIFA World Cup, will also host Olympic soccer and modern pentathlon. 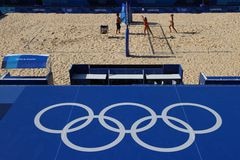 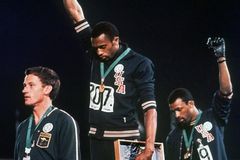 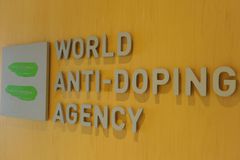