There are few cheering fans in the stands or proud parents beaming from the sidelines. Still, for viewers watching and streaming from home, are the 2020 Summer Olympics really that different as a viewing experience?

The answer: depends on the event. Watching athletes put medals on themselves to near-empty stands is about as joyous as singing through a mask. Many other Olympic moments, however, are just as compelling to cover for host broadcasters such as the CBC.

Ratings so far have generally been lower than for past Olympics, with the declining broadcast landscape and 13-hour time difference between Tokyo and the Eastern time zone being definite factors. CBC’s audience of 1,010,000 for Friday’s opening ceremony in prime time was down from the 1,254,000 who watched the 2018 Pyeongchang Olympic Winter Games opener and way down – not surprisingly given that it was in a matching time zone – from the 3,337,000 CBC viewers who watched the start of the Rio Summer Games in 2016.

In digital views, CBC saw a 41 per cent jump for Friday’s opener over the 2018 Pyeongchang ceremony. (All broadcast data compiled by Numeris; digital numbers come from Adobe Analytics.)

At times the opening ceremony seemed more like a rehearsal with 1,000 barely visible attendees in an arena built for 68,000. Video of parading athletes waving to no one was not as compelling as past openers. Organizers in Tokyo, for the most part, stuck with rehearsed pageantry designed to play to, and wow, thousands in the stadium. No amount of cranked music – including Ravel’s “Bolero,” which added foreplay to the lighting of the Olympic flame – could make up for so many empty seats.

More effective perhaps, were preplanned video moments, such as when John Legend and Keith Urban joined the Suginami Children’s Choir singing “Imagine.” After so many live event programs such as the Oscars and Emmys banking similar content, pretaped segments are almost an expected part of TV’s new normal.

As the Games began, there was some comfort in seeing CBC prime-time Olympic host Scott Russell kick things off by declaring that “there is no turning back now.” Did it matter that he was sitting in a Toronto studio? Not really. Adrienne Arsenault from the CBC flagship nightly news program “The National,” on-site in Tokyo, filed a brisk and informative report, reminding viewers that the Olympics have been struggling with relevance even before the pandemic began.

Arsenault also detailed many challenges unique to Tokyo. Chief among them was the fact that barely 34 per cent of Japan’s population had received even one vaccine shot.

As a result, there is much more mask-wearing visible from Tokyo than has been the case in parts of North America in recent weeks. One question, therefore, is whether audiences here want to be so visibly reminded of the fact that, no matter how many restaurants and beaches are open at home this summer, this lingering pandemic is not really over yet?

Generally, athletes mask up post-race. Canadian beach volleyball contenders Melissa Humana-Paredes and Sarah Pavan were masked while interviewed Saturday. That sport is played at a venue where empty seats are part of the shot.

Socceris another sport where an empty stadium can be a momentary distraction. The Canadian women’s team’s victory Saturday in the enormous Sapporo Dome may have seemed odd at first before so many empty seats. Crowd noises were piped in, a masking device Canadian viewers got used to during the recent NHL playoffs. Still, there were times where it sounded like a neighbourhood soccer game with a dozen spectators cheering.

That feeling disappeared, however, as the game got tense with favoured Canada eventually gaining a 2-1 win. Helping was the terrific commentating team of Nigel Reed, Dr. Clare Rustad and Karina LeBlanc.

A lack of fans is hardly noticed when Canadians are winning medals. Sunday’s women’s 4x100 freestyle relay saw Olympic swimming sensation Penny Oleksiak and her team win a silver, with her finishing touch coming three one-hundreds of a second ahead of the Americans.

Afterwards, no mask could hide her confidence as she was interviewed with her teammates Margaret Mac Neil, Kayla Sanchez and Rebecca Smith. Crowd noise at the pool – piped in and from limited spectators – also sounded more robust than at other venues. The swept-along coverage from commentators Byron MacDonald and Brittany MacLean added to the excitement.

On day two of competition, Sunday’s prime-time CBC audience grew to an average of 1,325,000 viewers, peaking at 10:06 p.m. when 2.358 million watched swimmer Mac Neil of London, Ont., win a gold medal in the women’s 100-metre butterfly. CBC adds that there were 2.6 million video views Sunday, with the freestyle relay silver medal win the top digital draw of the day.

For several non-arena events, these Games have carried on as if COVID was never a factor. Rowers competing along waterways are still darting in close camera range. The opening day men’s cycling event, featuring eventual fifth-place finisher Michael Woods, saw cyclists racing along twisted sections of road surrounded by camera cars, motorcycles and other vehicles.

A masked Woods had enough wind left at the end of the race to answer an on-site reporter’s questions. Viewers were told he’ll be rushing back to Ottawa on Tuesday to be at his wife Elly’s side for the induced birth of their second child.

It is, after all, these human-interest stories that have made the Olympic Games a must-see in the past. CBC augments its coverage with many preplanned “Breakthrough” moments, four- or five-minute stories focusing on members of Team Canada. Plucky boxer Mandy Bujold – who took two years off to start a family and was dubbed “Mandy 2.0” by one admiring trainer – was featured early in CBC’s coverage.

After the segment, daytime CBC “Tokyo Today” hosts Perdita Felicien and Andrew Chang let viewers know that the day of the report was Bujold’s 34th birthday.

Following the Games on-demand through apps, at cbc.ca or on Amazon Prime Video, has the added bonus of allowing viewers to cherry-pick highlights in short bursts. Go to the easy-to-navigate video player menu and check out Tunisian swimmer Ahmed Hafnaoui’s glorious outpouring of emotion following his shocking upset in the pool.

How has it all translated into viewership?

Comparing Olympics to Olympics ratingswise is like a decathlon given all the hurdles of time variance and changing TV landscape factors. CBC points out, however, that Friday’s opening day and opening ceremony totals were up 41 per cent on all digital platforms over those registered at the 2018 Pyeongchang Winter Games where the time difference was similar.

Saturday, CBC set a high mark for the year with 1.27 million hours consumed in Canada across all platforms – topping the network’s coverage of the Jan. 6 United States Capitol riots.

In the U.S., NBC saw a sharp decline in opening ceremony viewership (10.72 million) compared to the most recent Summer Olympic Games in Rio five years earlier (20.7 million). Rio, of course, played in basically the same time zone as many cities across North America.

NBC picked up another seven million digital viewers in the U.S., for a total opening ceremony audience of over 17 million.

Finally, one thing remains stubbornly the same with these Games: commercials. Even on streaming apps, ads for banks, automobiles, and doughnut shops as well as promotional spots for upcoming CBC fall shows are relentless. Many feature athletes and Olympic themes. All are the real reasons these Games went forward 365 days after they were first scheduled. 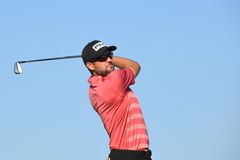 Canadian athletes doing their best to cope with scorching temperatures at the Tokyo Olympics
July 26, 2021 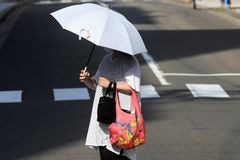