The thrill of Félix Auger-Aliassime’s first Olympic experience is not distracting the Canadian from the task at hand.

Auger-Aliassime knows his entire focus must be on his first singles match against two-time defending gold medallist Andy Murray of Great Britain.

“It’s an incredible challenge. That’s a match everyone will want to see,” the young tennis star said from Tokyo’s Ariake Tennis Park. “I love opening matches like this. Having beaten him once last year means I go into the match with more confidence than if I had never faced him.

“Obviously, to face a double Olympic champion, that’s big. To face him in my Olympic debut, it’s special.”

The tournament’s ninth seed, Montreal’s Auger-Aliassime landed in Japan feeling fired up, having just reached the quarter-finals at Wimbledon.

Meanwhile, Murray is no longer the same competitor he was at the 2016 Rio Olympics. He is now ranked 104th in the world after having to overcome serious injuries in recent years.

That doesn’t mean the Canadian plans to take his opponent lightly, though.

“Murray plays his best tennis at the Olympics,” said Auger-Aliassime, who’s ranked 15th in the world. “I’m expecting the best from this legend. He’s ready for moments like these, but so am I.”

In their only previous encounter – in the second round of the U.S. Open last year – Auger-Aliassime recorded a decisive three-set victory, and he did it quickly.

“It’s good for my confidence,” he said. “At any point in a match, whether I’m leading or trailing, I have the confidence that I can win. It’s positive. I just need to be well prepared, bring my best tennis and find a way to win.”

The Montrealer, who celebrates his 21st birthday on Aug. 8, is in the lower portion of the Olympic bracket. In the second round, he could face Germany’s Dominik Koepfer (ranked 57th) or Argentine Facundo Bagnis. Spain’s Pablo Careno Bustas, the tournament’s sixth seed, is also on Auger-Alassime’s side of the table. They could meet in the third round.

“I’m not looking much further (than the first round),” said Auger-Aliassime.

“If I can get past the first two rounds, that would be good.”

Italian Fabio Fognini, the 15th seed, and Russian Olympic Committee athlete Daniil Medvedev, seeded second, could also face off in the third round. The winner could then find himself in the quarter-finals against Auger-Aliassime.

Tournament favourite Novak Djokovic is at the opposite end of the table. He faces Bolivian Hugo Dellien (139th) in his first match.

Tennis players were allowed to bring one additional person in their entourage, such as a coach or training partner. Auger-Aliassime chose to invite his very first coach: his father Sam Aliassime.

With Vasek Pospisil initially scheduled to participate in the tournament, Auger-Aliassime was facing the prospect of being without training coach Frank Dancevic, who is Pospisil’s coach. That’s where Auger-Aliassime’s dad would have played a key role.

But with the Montrealer now the sole Canadian representative on the men’s side, his father’s role will be a more personal one.

“The Olympics are really important for our family,” said the 20-year-old, whose father emigrated to Canada from Togo. “We are both very moved to be here, even though we don’t show it much. For my father, where he comes from, to be at the Olympics with his son means a lot for him.

“Personally, I dreamed about this moment. It is a great honour to have him with me. It means a lot to me, and I believe for him too.”

Auger-Aliassime confirmed he will also compete in the mixed doubles alongside Ottawa’s Gabriela Dabrowski.

“It gives us more chances of getting a medal,” said Auger-Aliassime. “Gabriela has proven herself in doubles and mixed doubles, with two Grand Slam titles. She’s the one who will teach me how to win big doubles tournaments. I think we can make a good pair.”

Dabrowski will also feature in doubles action alongside Toronto’s Sharon Fichman. The No. 7 seeds will face Brazilians Laura Pigossi and Luisa Stefani in their opening match.

The Canadians do not have a men’s doubles team.

In women’s singles, 18-year-old Leylah Annie Fernandez (72nd) of Laval, Que., will take on Ukraine’s Dayana Yastremska (46th). The two women have never faced each other on the WTA Tour.

A Fernandez victory could set the stage for a clash with eighth-seeded Barbora Krejcikova of the Czech Republic in the next round.

Defending champion Monica Puig is not competing in the Tokyo Games. 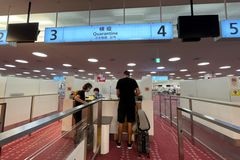 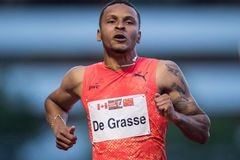 Cyclist Michael Woods glad to be in Japan, but has yet to feel Olympic vibe
July 20, 2021 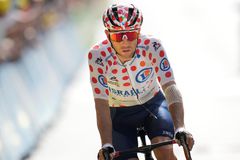