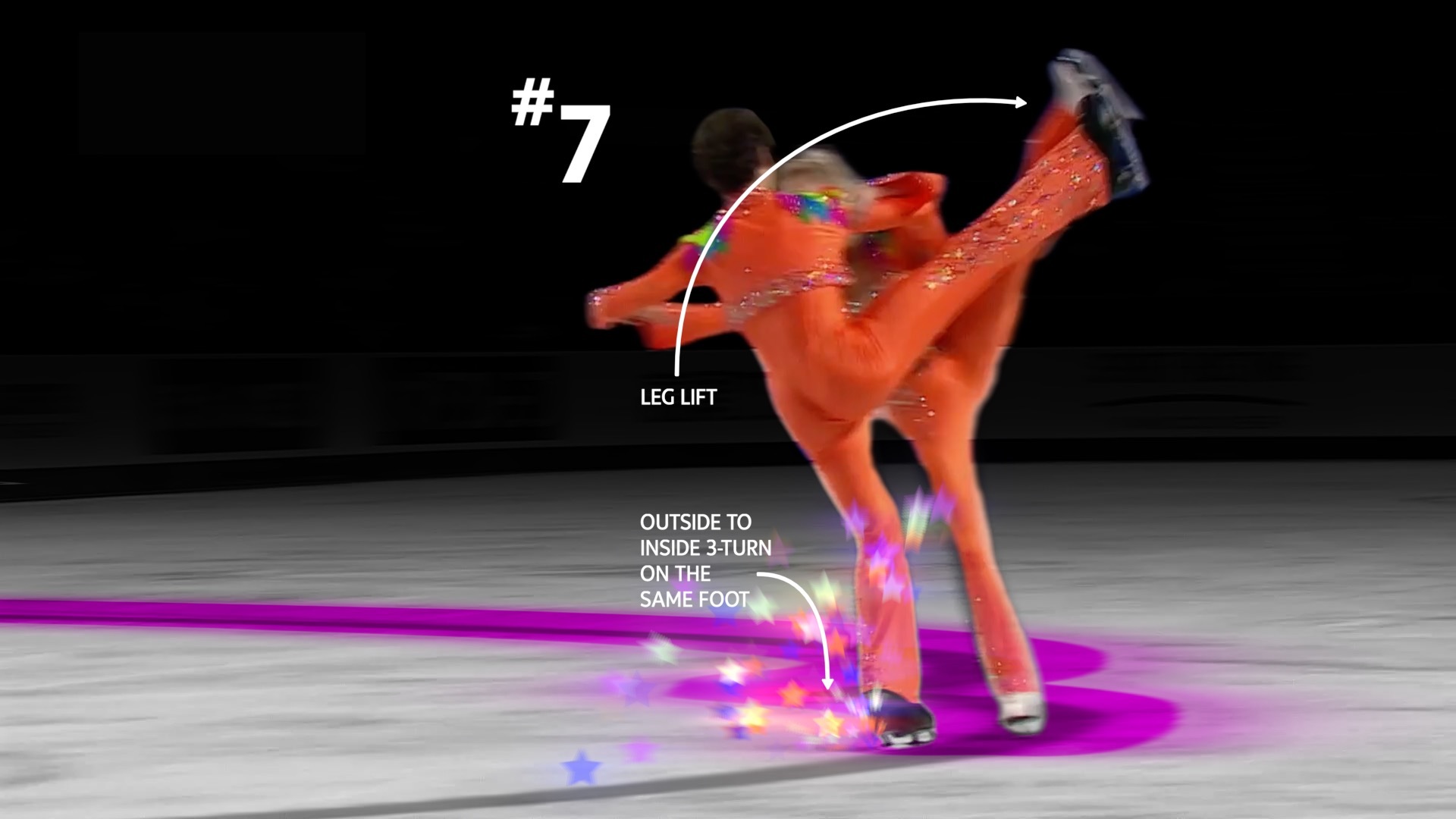 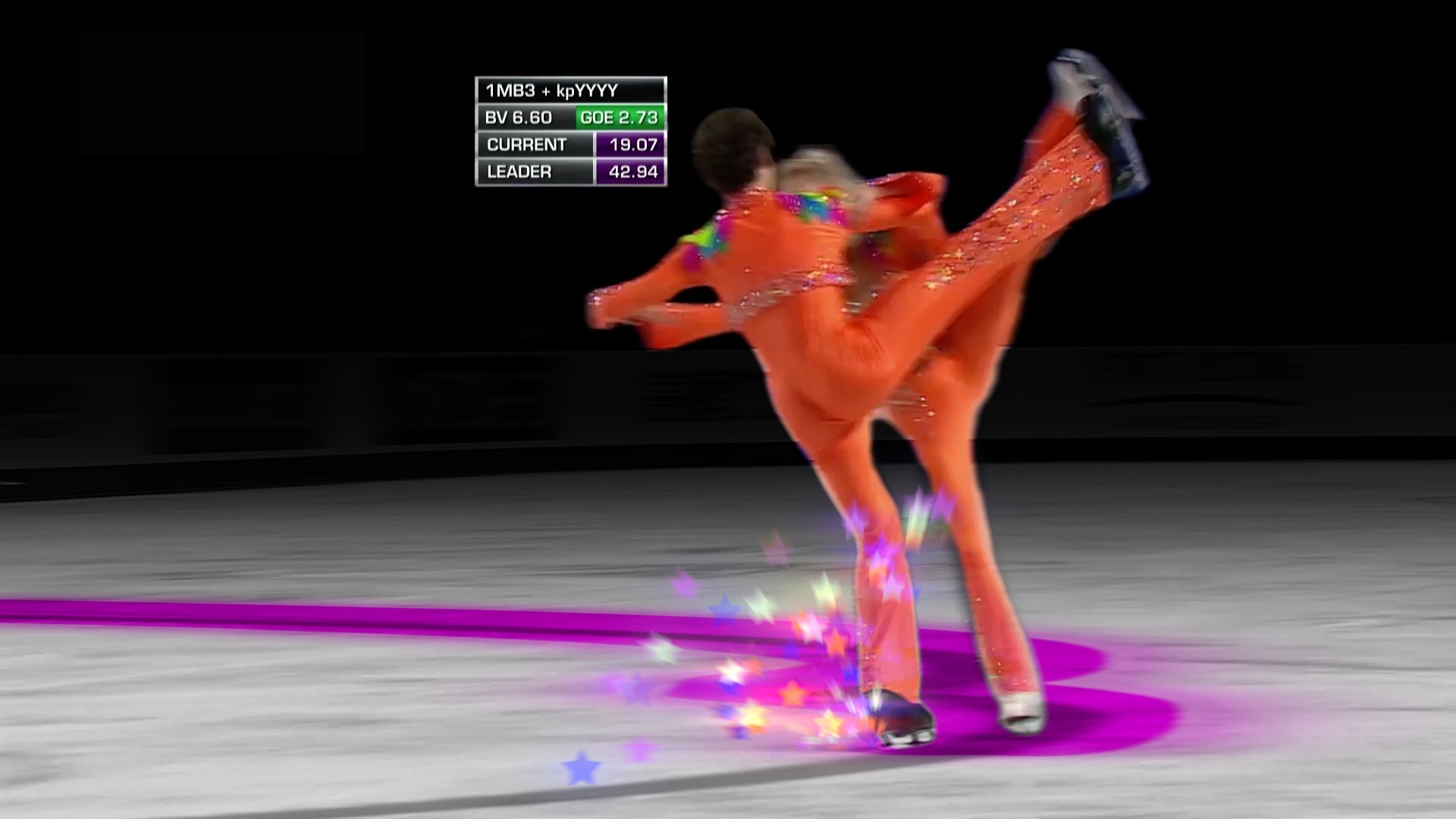 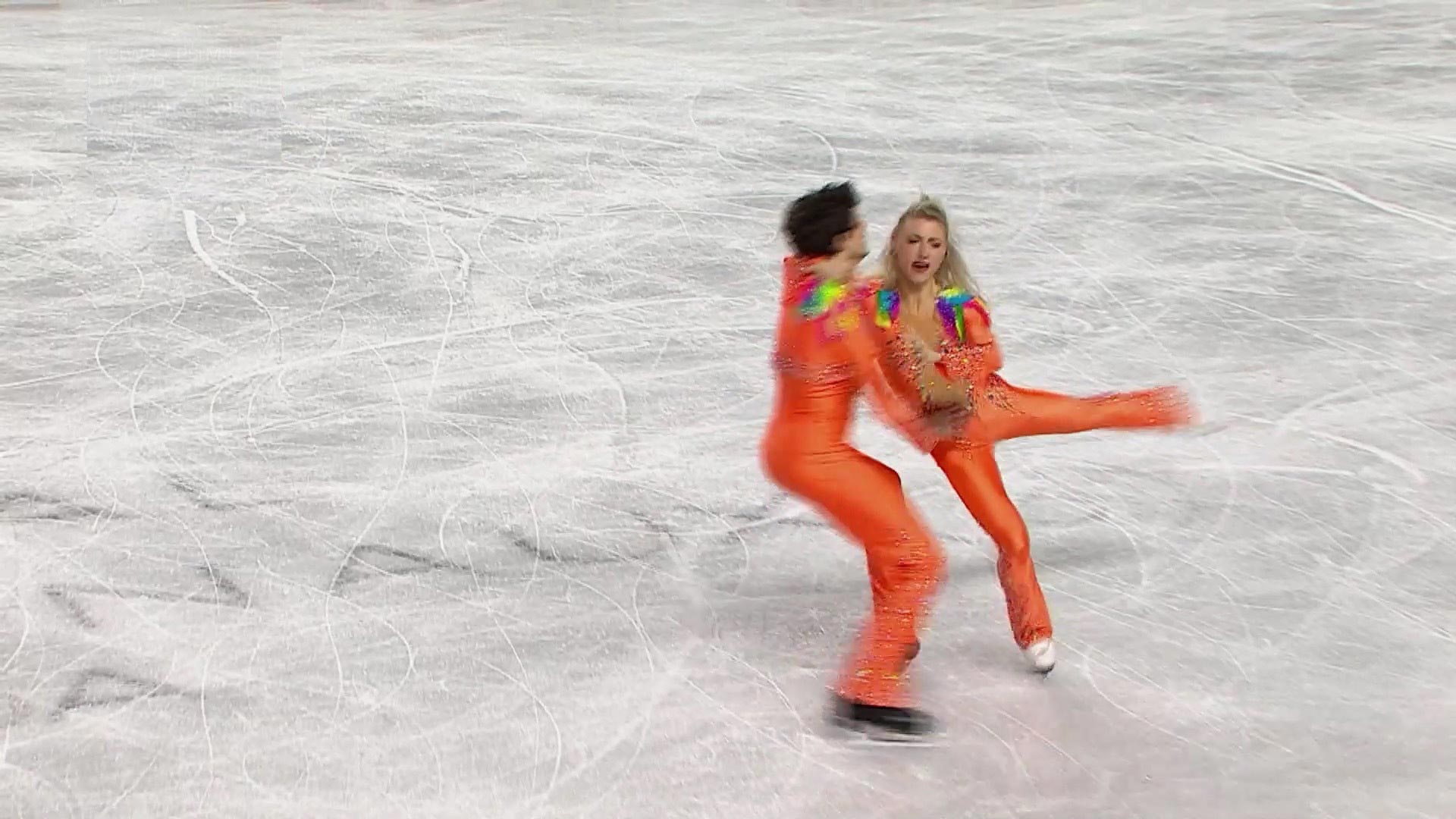 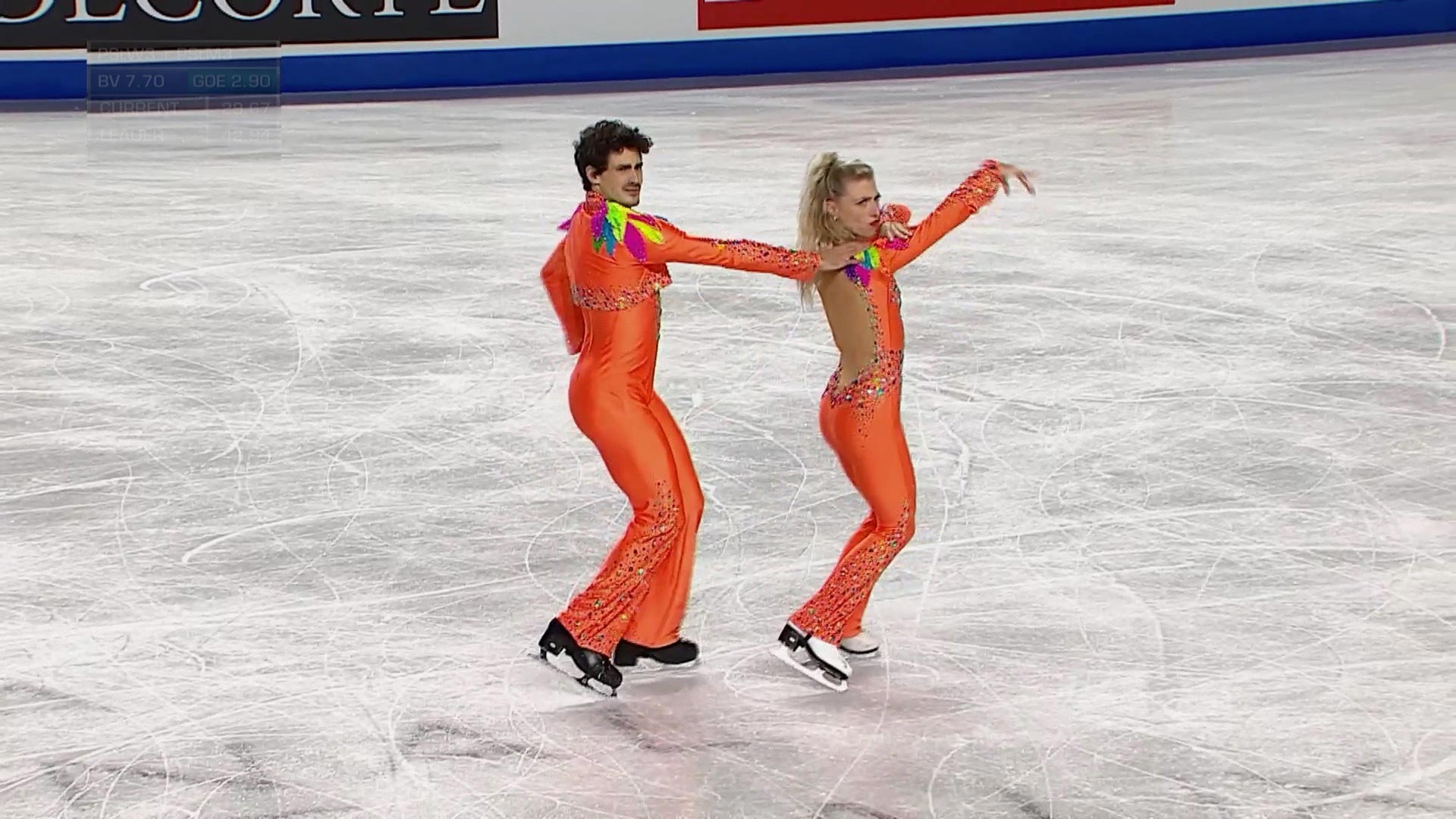 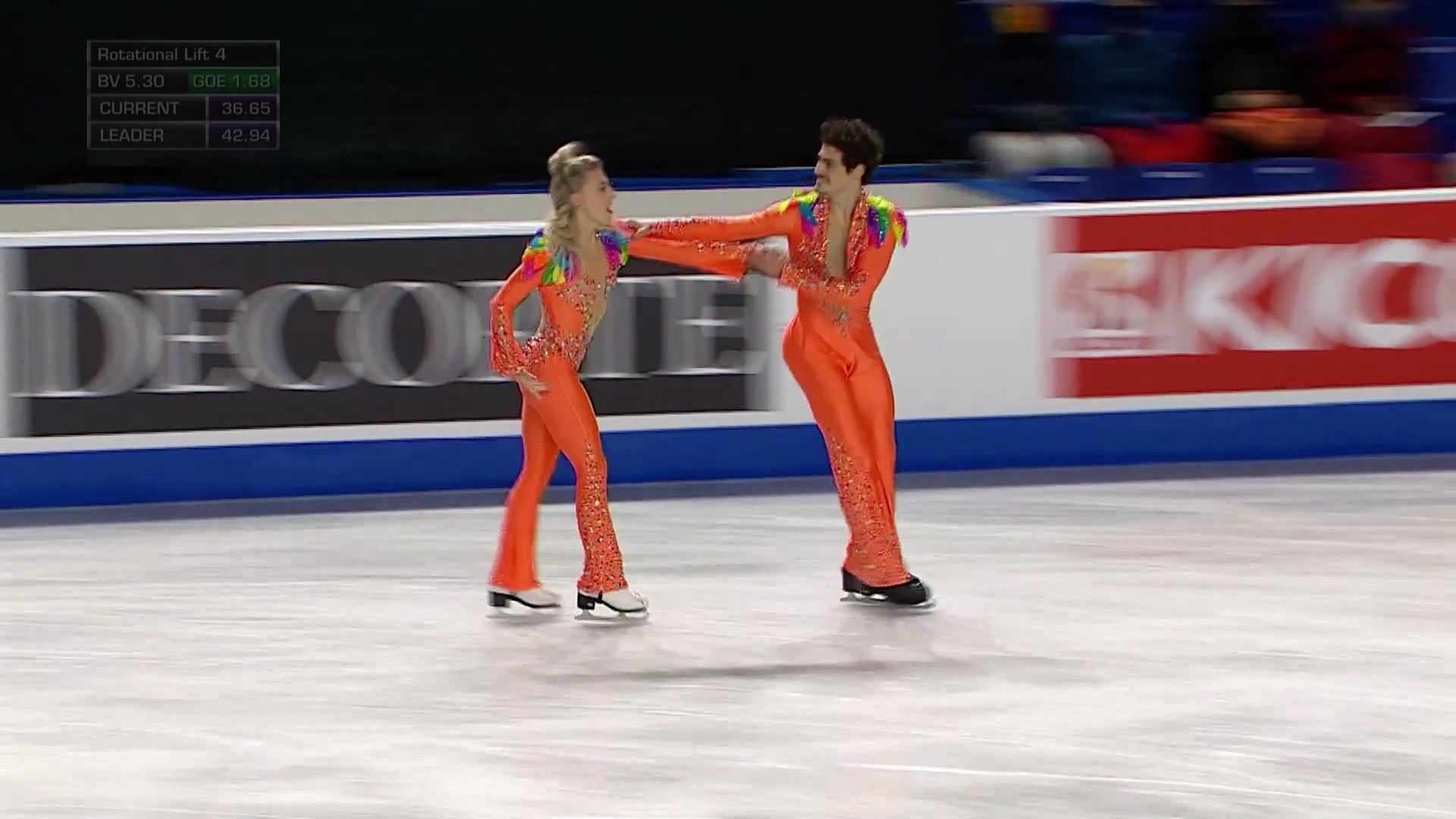 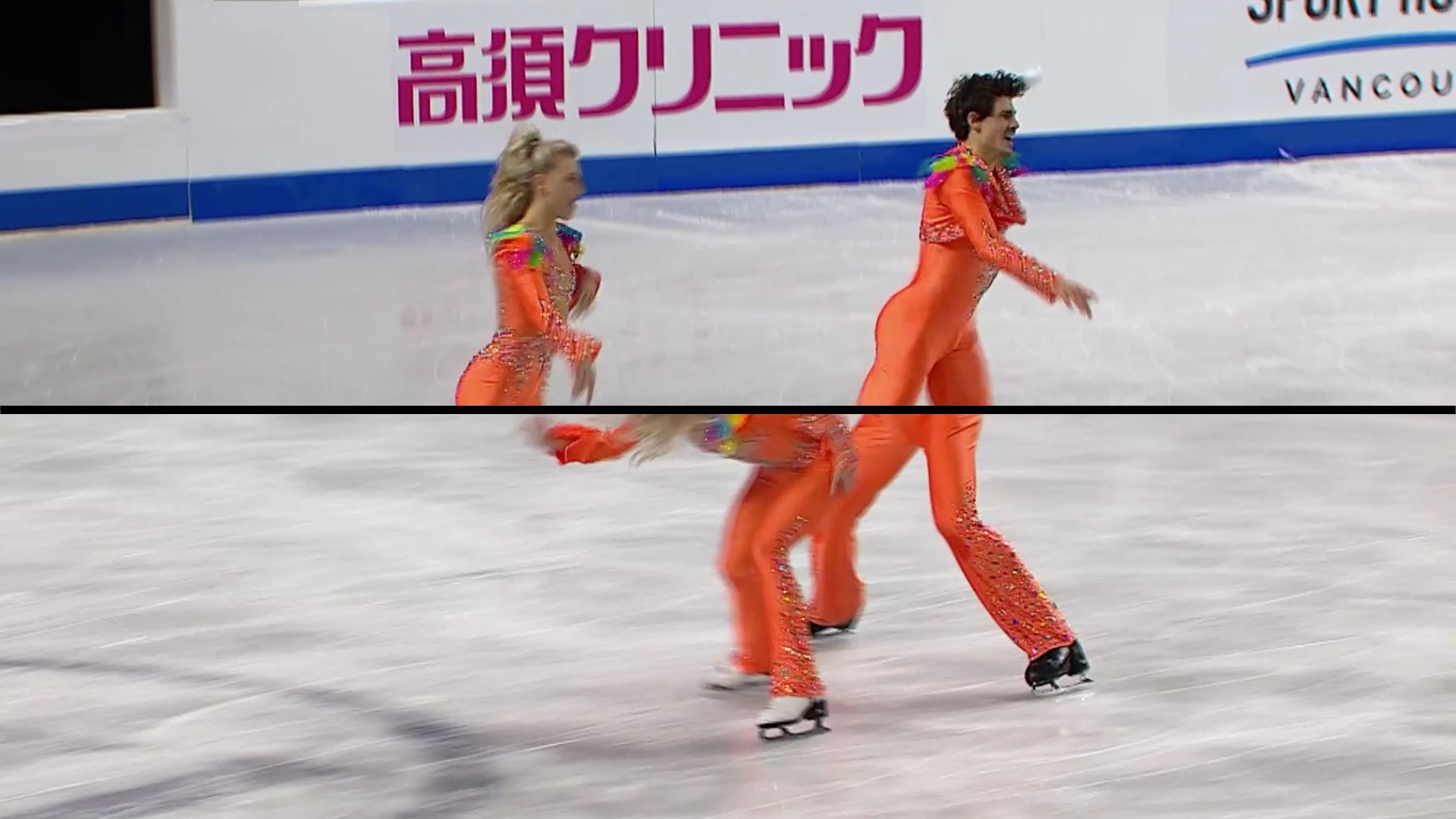 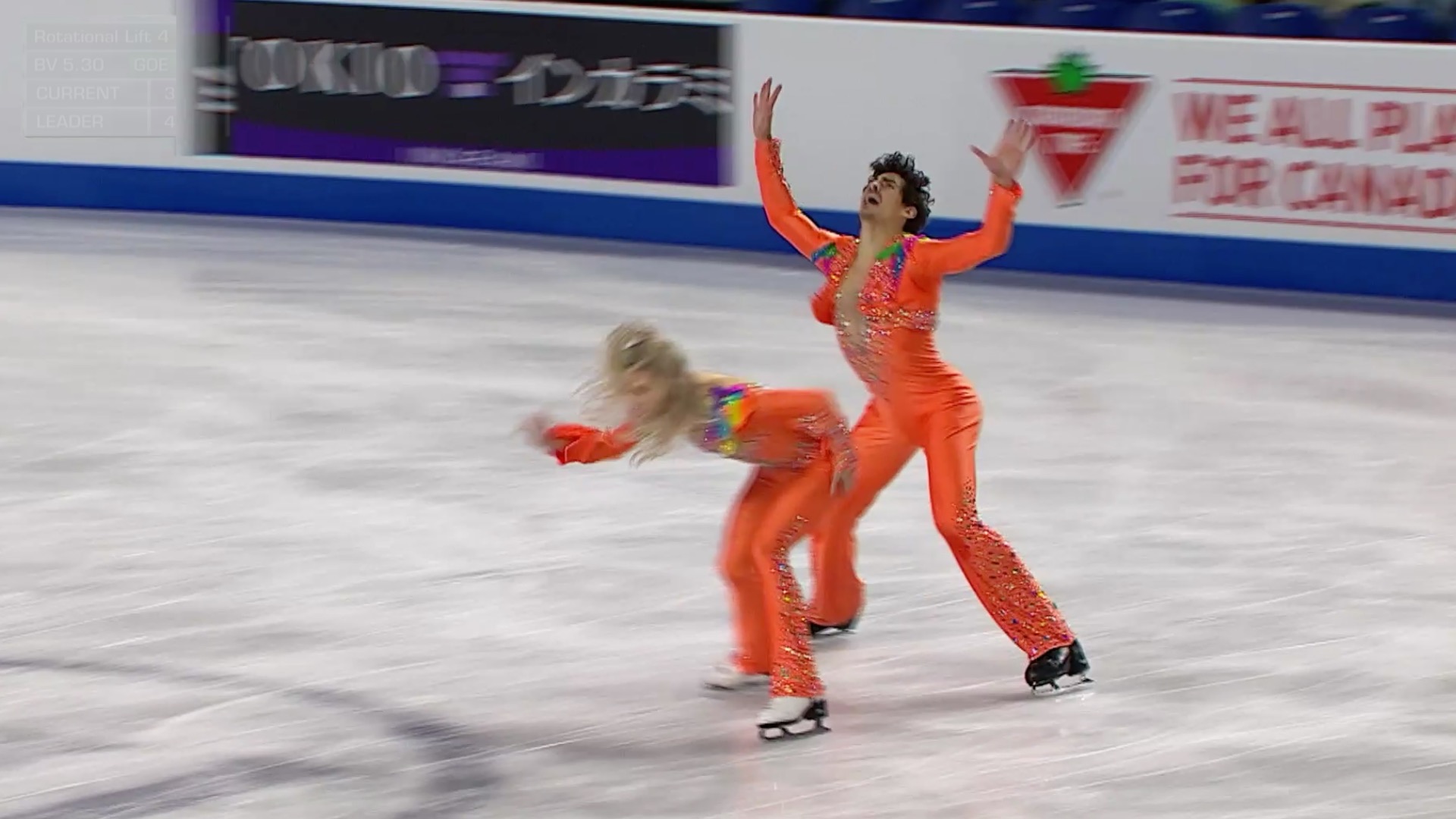 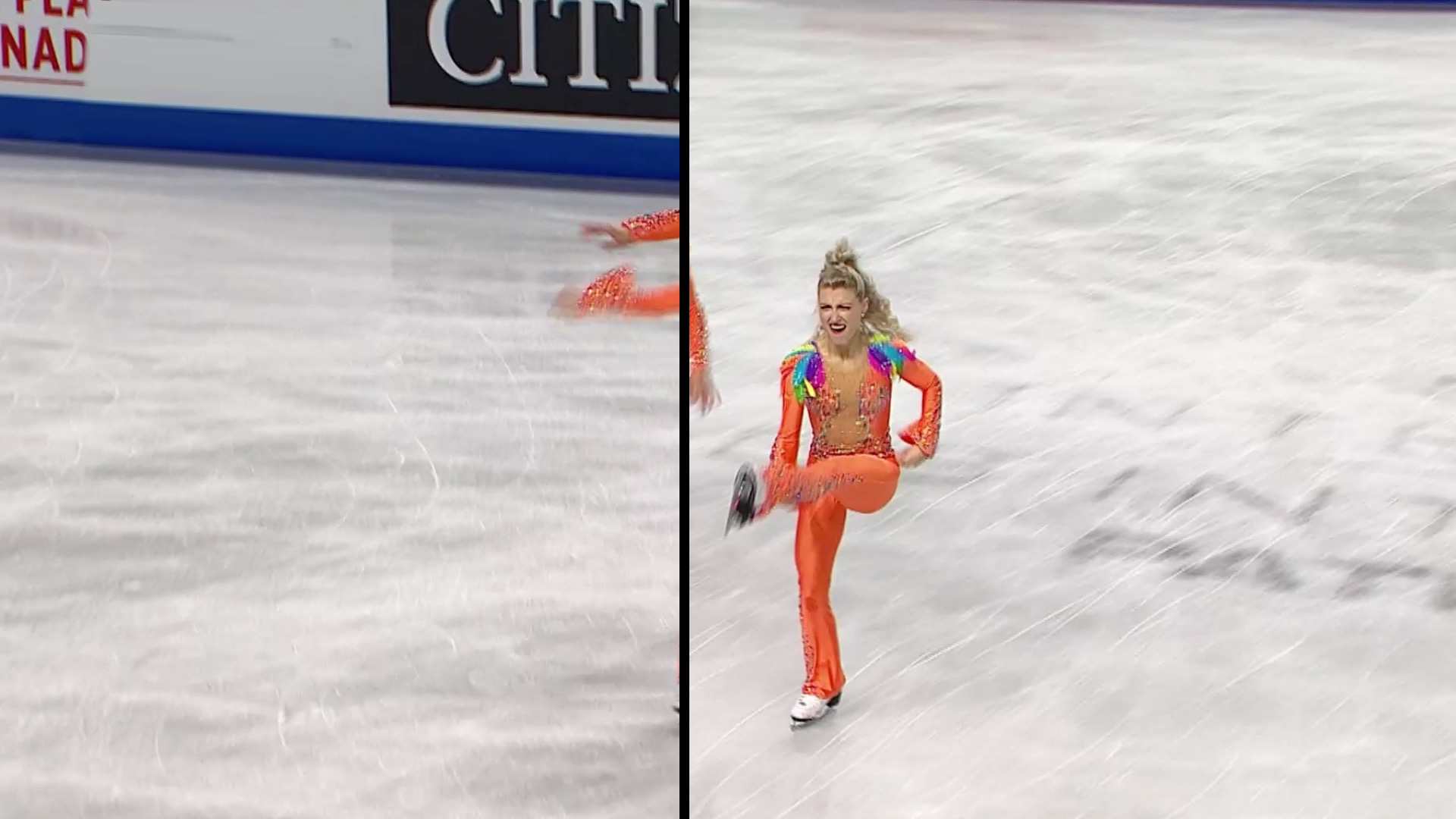 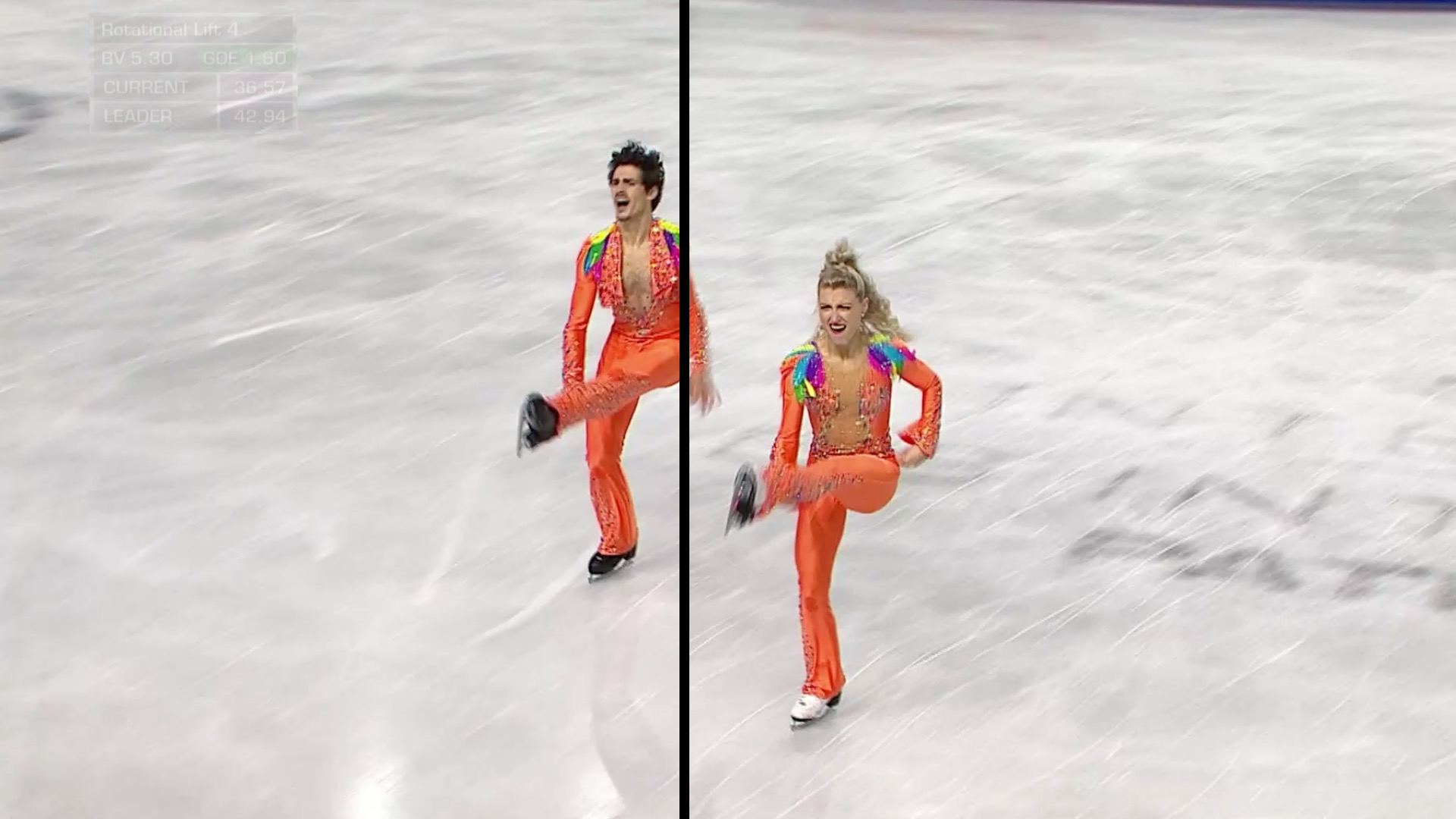 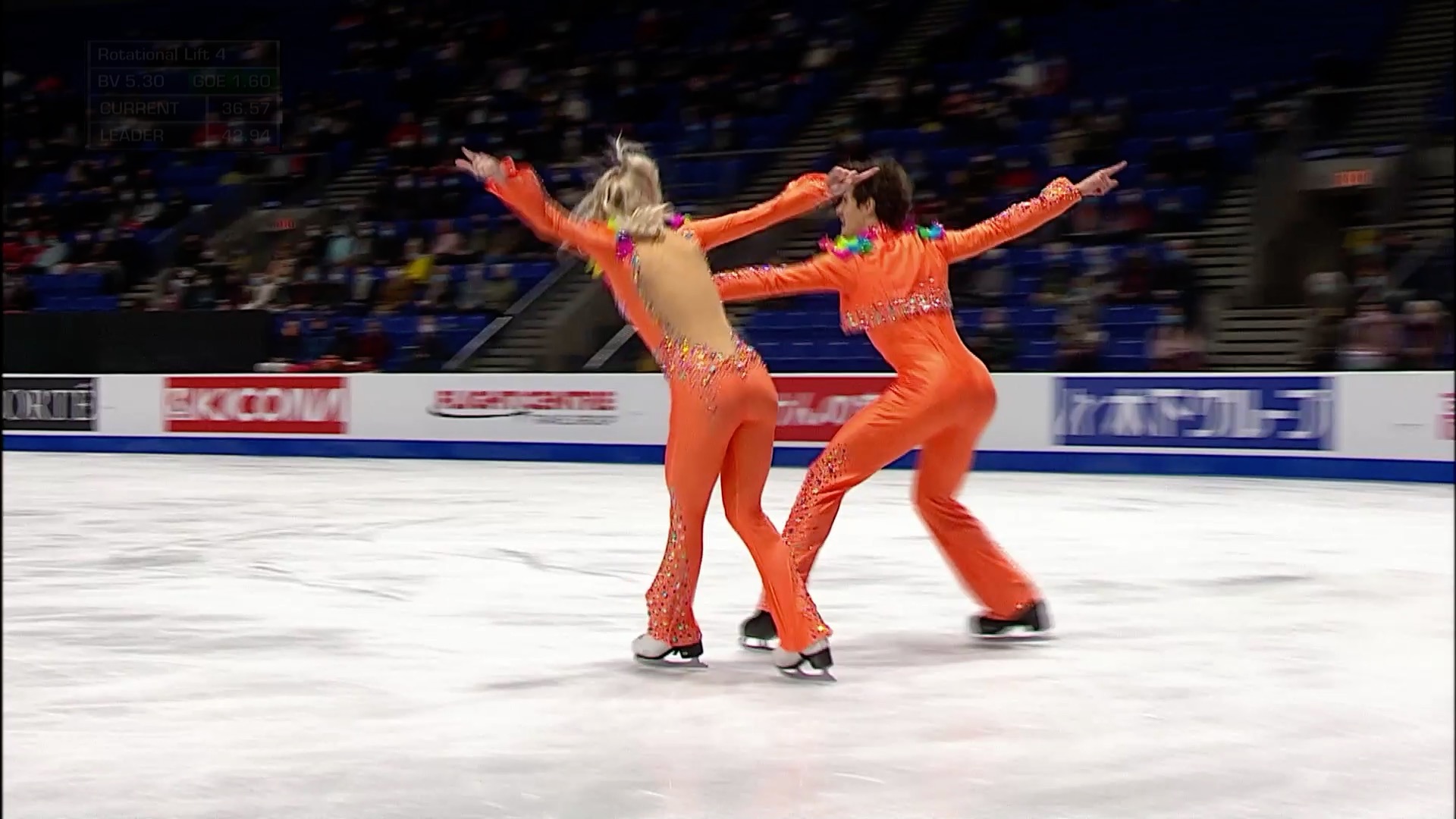 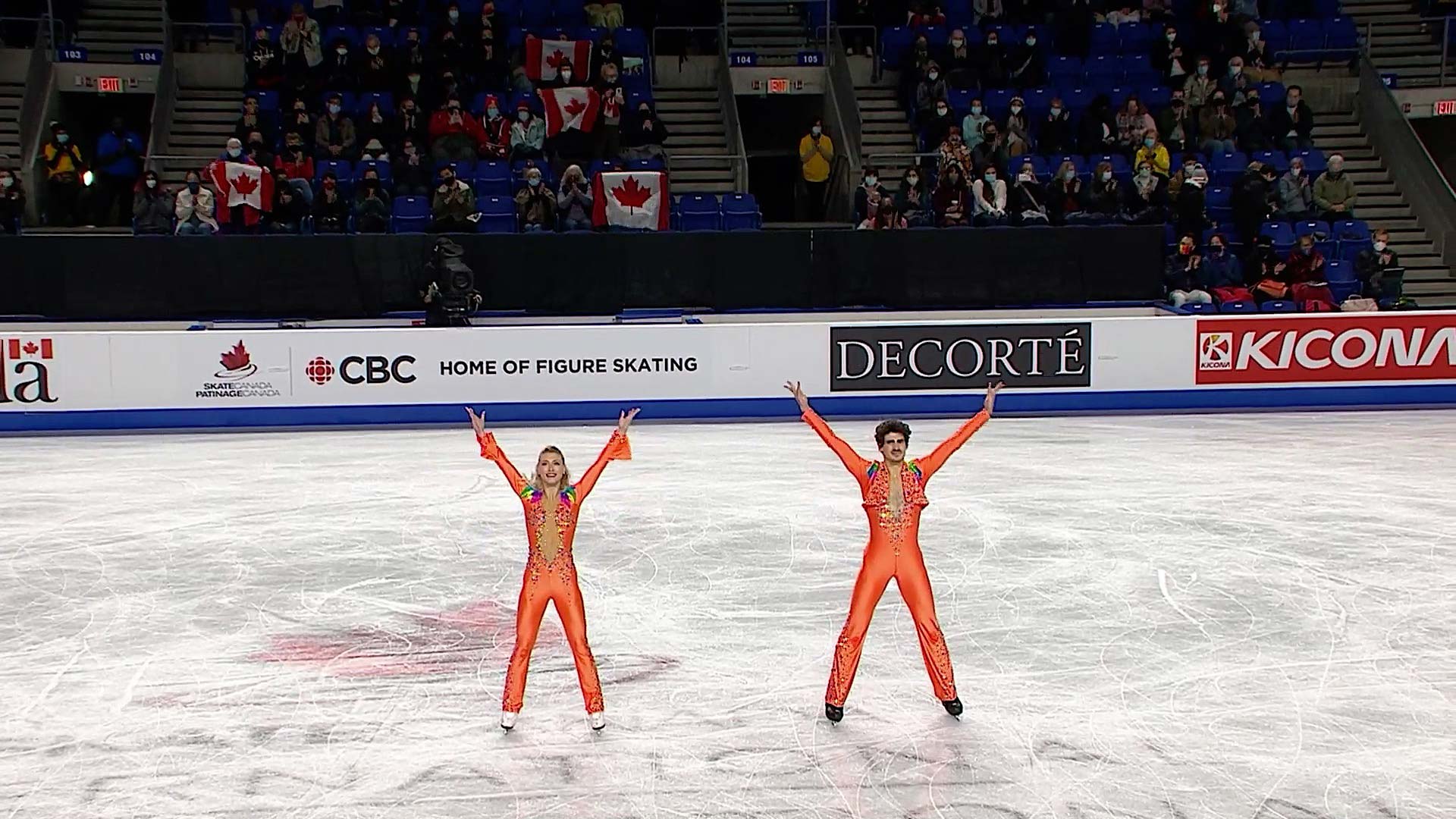 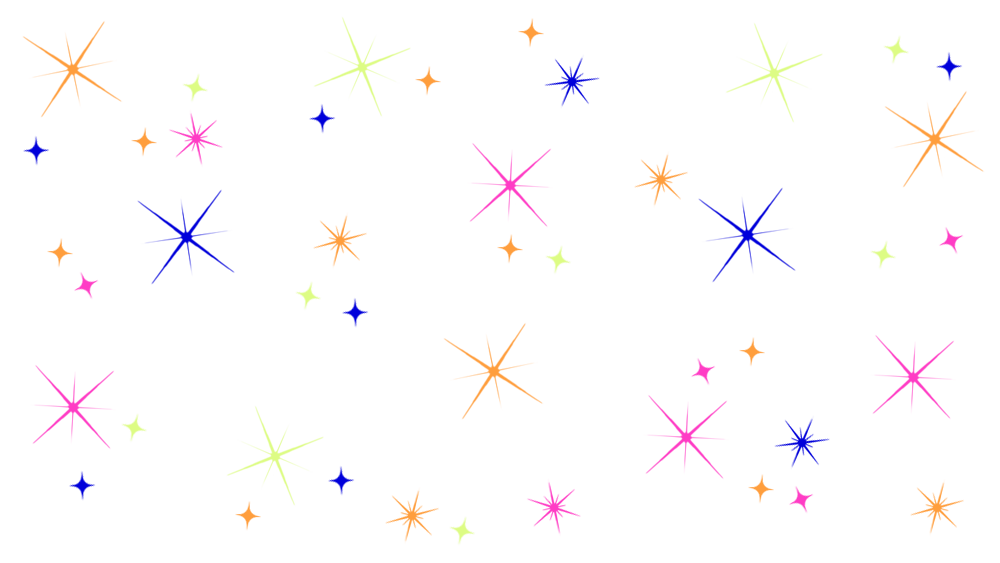 Canada’s Piper Gilles and Paul Poirier are shining bright in rhythm dance, the segment formally known as the short program and one half of the Ice Dance competition in Beijing.

Their ode to Elton John captured a career-high score this year in international competition, which in turn placed the pair in the final group of the free dance.

Though it’s not a written rule, this placement tends to be reflected in the score, according to their coach Carol Lane. So the rhythm dance can play a key role in setting teams up for their gold-medal moment.

Of course, nothing is guaranteed.

“A thousand things” might sound like hyperbole but rhythm dance is a highly structured event with many requirements.

For starters, all teams must incorporate the same mini dance into their overall choreography. This year, it’s half of the mid-tempo Midnight Blues pattern.

Abbreviations on the official diagram refer to individual position requirements for each skater and the inside numbers denote musical timing.

The song used must fall within the tempo range specific to the pattern and furthermore, there are four key points in pink that are of particular importance.

Skaters lock into the pattern dance as though Elton John himself was playing the video game Guitar Hero; both performance and precision take the stage.

A base value is calculated by the technical panel, which tallies up all the steps, turns and manoeuvres and awards a score of difficulty. This is based on parameters in the International Skating Union handbook.

Some creative freedom is allowed with how skaters hold each other but “cool never trumps clean” for the technical panel, coach Lane says. “Better scores have been achieved in a more traditional format.”

To that base value (BV), the judging panel adds a grade of execution (GOE) by assessing the quality of each element performed. So in this case, the full-pattern dance plus the key points are graded as one.

Four other program elements are scored this way, as well as the quality of the overall presentation components. Teams just hope they’ve figured out the right combination of values.

The complexity within the pattern dance echoes throughout the whole program.

A partial-step sequence must follow the pattern dance as an extension of the same style but uniquely choreographed.

The midline-step sequence, meaning one that runs the full length of the ice, must be set to a different tempo of music from the pattern dance.

And then there’s the structure of the songs chosen; how they’re composed and performed changes the look and feel of an element at any given point.

The technical panel is available for feedback after an event, which in turn helps refine the choreography. A rhythm dance is a living entity that changes throughout the season.

However, the technical panel observes at different angles from one competition to the next and the judges are spread out along one side of the ice. This skews how any element is presented to those evaluating them.

Outlying high and low values are dropped when calculating the judges’ score but feedback is still a variable.

The team will now walk us through the midline-step sequence, as it is a highlight for how they manage tension and finish on a high note.

To set the scene, this is the point where the music changes from Elton John’s I Guess That’s Why They Call It The Blues to the up-tempo I’m Still Standing. If it wasn’t obvious before, the costumes suddenly pop.

Let’s play the bottom half of the video.

And now the top half.

Let’s play only Piper for this section.

And now Paul for this section.

Piper and Paul round the ice, heading towards their finish.

You have two chances to watch rhythm dance. The Team Event will open the Beijing Olympics and Canada is likely to select Poirer and Gilles to compete. Following that is the Ice Dance competition, which begins with the rhythm dance on Saturday, Feb. 12 at 6 a.m. ET and concludes the following day at 8:15 p.m. ET with the free dance.