As athletes around the world came to terms with the decision to postpone the 2020 Olympics, Canadian swimmer Taylor Ruck paused for a second to reflect on the magnitude of it all. In particular, the 2016 double-bronze medalist wondered about her teammates.

“I just want to say to all the swimmers and athletes at home, just to keep going, don’t lose hope," Ruck said. “We’re all in this together."

As one of the leaders on Canada’s Olympic squad, it was the kind of pep talk she might have delivered in person under normal circumstances. But training in Arizona, where her family now lives, Ruck hasn’t seen her teammates in a while. Most of them are scattered across Canada, trying to stay in shape however they can. And given the present state of the world amid the coronavirus pandemic, Ruck can’t be certain when she’ll be in the pool with them again. For now, a few social-media exchanges are as close as she gets.

The decision to delay the Tokyo Olympics until next summer has drawn overwhelming support from Canada’s athletes. But the impact of postponing the Games is unclear. Some athletes will take the upheaval in stride. But the stress of derailed training programs, upended timelines, economic uncertainty, and the fear of diminished performances could compound the pressure on some. Canadian officials acknowledged this is something they are now monitoring.

In order to keep Canada’s athletes on track, as they most likely spend the next few months apart and unable to access facilities such as pools and gyms, Canada’s sport federations are encouraging athletes to tap into the various resources available to them to ensure that any letdown associated with the Olympic postponement, and the inevitable heightened stress of not being able to train the usual ways, does not derail them.

“We have some great people in terms of psychology, psychiatry, mental-health support that all the athletes and the staff and the coaches can access if they need to,” said John Atkinson, Swimming Canada’s high-performance director. “It will turn very much into: how can we support you where we are at right now, before we even start to look at where this is going in the future.”

Canadian Olympic Committee CEO David Shoemaker said Tuesday he was glad that organizers agreed to push back the Tokyo Games to 2021 when, it is hoped, the pandemic has subsided. That has lessened some of the near-term worry.

The goal for Canadian officials now will be to reformulate plans for each sport, and focus on a new summer 2021 timeline, even if a firm date has yet to be set.

Olympians tend to base their training on four-year cycles, using the intervening years to build toward being at their best during the Games. Some athletes talk about the year after an Olympics as a time to ease off, heal if necessary, and retool before starting the cycle again. But the one-year delay means athletes who have been priming for July must recalibrate to peak next summer. And much of the groundwork for that will have to be done on their own over the next few months.

“No two sports are alike. So it’s going to be awfully important that the leaders of each sport now look at a rough schedule to 2021 and plan this out in a way that makes the most sense to them,” Shoemaker said. “That should provide an opportunity for athletes to now stay active, but then be able to map out a proper training plan to allow them to peak for Tokyo 2021."

COC president Tricia Smith, a silver medalist in rowing at the 1984 Games, suspects most athletes are already scrambling to reformulate their training.

“As an athlete myself, I know that I’d already be figuring out what’s next and what my short-term goals are going to be, and what the long-term [goals should be]," Smith said. “We’ve got our chief medical officer working with every national sport federation to help them with that."

Given the uncertainty of the pandemic, Smith said the COC is focused on ensuring the athletes have support through the organization’s Game Plan program, which was set up to provide a variety of services, from career and education support to mental-health counselling.

“It’s a huge change for those that were focused to start on July 24," Smith said of the delay. "Athletes are very adaptable, but we are human beings.”

Ruck’s teammate Kylie Masse, the world champion in the 100-metre backstroke, said the athletes have little choice but to make the best of the present circumstances. “As of right now there’s really nothing that we can do, and it’s our responsibility as citizens to be like the rest of Canada, to maintain social distance and practice self-isolation," she said. "We as athletes want to also be part of flattening the curve and helping stop spread the virus. So I think obviously that’s our priority right now.”

Ruck said the delay could be an inspiration to some of the athletes. “It’s definitely going to be a motivating factor going into next year, just to put it all back together again," she said. 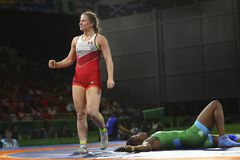 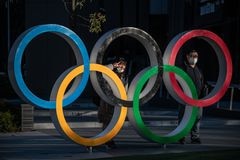 Olympics sponsors scramble, while CBC grapples with possibility of broadcasting a Games without Canadian athletes
March 23, 2020