An International Olympic Committee executive says hosting the 2026 Winter Games is a low risk for Calgary.

Calgarians, however, await a price tag to decide that for themselves.

Detailed costs aren’t expected to be announced before September. A plebiscite measuring the public’s interest in a games bid is scheduled for later this year.

Christophe Dubi answered questions from Calgary’s business community at a chamber of commerce event on Tuesday.

The IOC’s Olympic Games executive director says it is unrealistic to demand financial details while the bid corporation – chaired by Calgary real estate entrepreneur Scott Hutcheson – and governments are still crunching the numbers.

“When you consider a project like this, you want to have all the details at once,” Dubi acknowledged. “That’s an expectation we have as citizens.

“You want to have it all from the very beginning. At this point in time, there is a lot of work that is currently being done, including the [bid corporation] and the local institutions and the three political levels to have all the numbers right into the detail and backed up with the right assumptions. This is something that takes time.”

Calgary hosted the 1988 Winter Olympics. Cross-country skiing and biathlon were held in nearby Canmore, Alta.

The communities have yet to decide on bidding for the 2026 Winter Olympic and Paralympic Games.

An initial estimate in June, 2017 pegged the cost of hosting at $4.6-billion, with games revenue covering almost half.

Since then, the IOC committed to giving the successful 2026 host city US$925-million ($1.2-billion) in cash and services to lower costs.

All impact studies done to date on a Calgary bid will be part of the cost analysis, Hutcheson said.

“It’s really important to get the right numbers before us and not worry so much about the timelines,” he said. “Any deal that we get, will be a deal that we want. If we don’t want that deal, we won’t proceed with it.”

Groups for and against a Calgary bid are mobilizing in advance of the plebiscite. A spokesperson for the “No” side refutes Dubi’s assertion the games don’t pose much risk for Calgary.

“The Olympics are a mega-project and they are the riskiest mega-project that any city or jurisdiction can take on,” Erin Waite said. “It’s riskier than taking on a nuclear power plant and that’s because it’s simply a very large event.”

Should Calgary reject a 2026 bid, Dubi said, “No harm done. If the citizens do not wish to bid for the games and continue the candidature, well, we’ll continue with the other cities.”

Stockholm, Sapporo, Japan, Erzurum, Turkey and Milan and Cortina, Italy, are among the cities interested in 2026.

Dubi spoke to Calgary’s business community in the lobby of the Edison, a downtown office building owned by Hutcheson’s company Aspen Properties.

The chamber of commerce has yet to take a position on a bid.

Calgary’s venues from 1988 and three decades of World Cups and world championships in them means the city already has the infrastructure and expertise for a games, which is a cost saving, Dubi said.

“You’re not starting from scratch,” he explained. “You’re starting from a very strong basis. This project has far less risk than many others because you start from known elements.”

But since the primary concern around hosting another games is who will pay for what and how much, Dubi was asked why the IOC doesn’t offer up more money and assume more financial risk.

He countered that the IOC gives 90 per cent its revenues to host cities, national Olympic committees such as the Canadian Olympic Committee and international sports federations.

The IOC’s reserve fund is insurance against the possible cancellation of a games, in which case the organization would lose revenue.

“The organization won’t provide a financial guarantee for a games in the event of a deficit simply because the games are organized by you, Calgarians,“ Dubi explained. 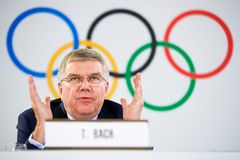 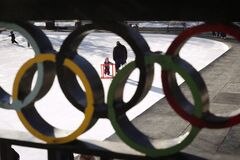