Apparently, no one in Japan wants the Olympics this summer.

Recent polls show about two-thirds of the country favour cancellation or postponement (which is another way of saying ‘cancellation’). A report this week in the Times of London – quickly and emphatically denied by the major stakeholders – claimed the Japanese leadership is looking for a way out.

Clearly, things are proceeding as normal.

Six months out, no host wants an Olympic Games. At that point, all the controversies, the bribery scandals, the political peacocking, the shockingly expensive ski jump – the ski jump is always a nightmare – have baked into the public imagination like melted plastic.

In the case of this particular Games, the nadir arrived early when it was announced the new Olympic Stadium (Tokyo already had a half-decent one) was going to cost twice as much as originally estimated – US$2-billion. It didn’t help that the building looked like a butter dish you’d find in the cafeteria of the Starship Enterprise.

That architectural dust-up soured Japanese taxpayers on the International Olympic Committee’s ‘hands across the world (except you pay for all of it)’ model. And that was five years ago.

Even without the small disasters, the Olympics wears on its hosts. The initial burst of excitement burns off quickly. On the ground, people’s only direct experience of the Olympics to this point is relentless construction and apocalyptic warnings about what it’ll do to traffic.

You add in COVID-19 and a year-long delay, and the real miracle in that polling is that a third of the Japanese still want the thing.

I’m not a Japanese politician, taxpayer or commuter, so my standing on these issues of inconvenience is nil. But I’m afraid you can’t cancel the Olympics.

Japan, you broke it, so you bought it. I know, I know. It’s no one’s fault. Yet nonetheless.

Unlike every other sporting competition on the planet, the Olympics actually matters. It is more important to the smooth functioning of international relations than any of the nonsense we regularly see (or, more likely, don’t bother seeing) at the United Nations.

Because while despots around the world can figure a way around censures by the community of nations and oil embargoes, what they can’t explain back home is why their super-popular judo team is not going to get the chance to kick America’s ass while the whole world watches. The Olympics has kept more bad actors just this side of honest than the nuclear deterrent.

You don’t get to call it off because it’s no longer going to be the destination wedding of your dreams. Not unless there is an insuperable emergency that cannot be mitigated. At this point, a year into the pandemic, this one can be.

The bulk of this responsibility should fall on the IOC, because it has the most to lose. It’s no longer on Japan to meet its standards. It’s on the IOC to meet Japan’s.

The Japanese have already sunk about US$25-billion into the Games. The bulk of that is public money. Under normal circumstances, there is no expectation that Japan will earn much of it back. Essentially, it has bought an outrageously expensive marketing campaign.

The IOC should pledge to get Japan as close as possible to revenue neutral on this event, on the public dollars at the very least. In a fairer world, it would do that for every Olympics, but this is a special case.

As for the pandemic, there are ways to reduce that risk. By the time this thing rolls around in July, we’ll no longer be talking about vaccinating the most vulnerable, medical staff and other front-line workers. God willing, it’ll be the rest of us waiting on the jab.

At that point, Dick Pound will be right. Olympic athletes and core support staff should be jumped up the vaccination line.

Another simple way to calm the waters – bubble the athletes in a, say, village (wait, they already do that). Turn the venues into TV sound stages. There needn’t be any spectators in attendance. Or there needn’t be many. The Olympics long ago ceased to be a live event. It is instead a reality show with great production values.

Make the opening and closing ceremonies virtual. Reduce services to a minimum. No Canada House. No live concerts. This won’t be the sexed-up, super-fun experience athletes have come to expect, but if they don’t like the rules, they can stay home. Thousands will be lined up willing to replace them.

Three weeks, in and out. Once you’re done competing, you’re on a plane. A purely functional event. Allow some international media so that Japan still gets the benefit of good press – that’s what it’s paying for – and then the circus moves on.

If the nitwits who run Major League Baseball can figure it out (sort of), Japan certainly can.

If that sounds unreasonable to those in charge, surely the alternative is worse. If Japan is allowed to take a multi-multi-billion-dollar bath on this event, why would anyone ever want to take that risk on one again?

You think this is the last pandemic? Or world war? Or threat thereof? Try selling this line in a democracy – “It’s a really, really expensive party that you don’t get to enjoy. You pay for it up front. If it doesn’t come off for whatever reason, you’re on the hook. Sounds amazing, right?”

The cheating scandals of the recent years were practice for this, the Big One. This is an existential moment for the Olympic movement. If it gives up on the present Games, it is running the substantial risk of giving up on Games yet to come. Which, theoretically, is all Games.

In any other sporting instance, I’d say that was its concern and therefore none of my business. I don’t get a cut of the action, so I don’t care much how the NHL or NFL pay the bills. They want to spend themselves broke? Have at it. They want to repeatedly shoot themselves in both feet? Excellent. That’s how I make my living.

But the Olympics is all of our business. It’s a global heirloom. It belongs just as much to you as it does to Thomas Bach or Usain Bolt. That’s why people care so much. That’s why it matters.

And that’s why – until every possible alternative arrangement has been exhausted – it can’t be called off. 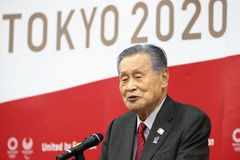 As Japan insists the Games will go on, health experts warn of the risk of an Olympics amid COVID-19
Subscriber content
January 22, 2021 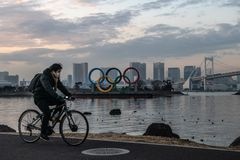 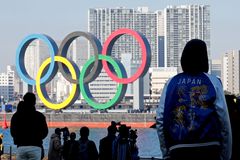