The men’s golf competition at the Tokyo Olympics will be missing a handful of the game’s biggest stars, many of whom opted to skip the event, but the Canadian entrants say they have always been all-in.

Mackenzie Hughes and Corey Conners, both PGA Tour winners from Ontario, will be making their Olympic debuts after earning their spots in the 60-man field by being Canada’s two highest-ranked players.

Hughes said he’s been working toward his Games goal for at least five or six years. “It’s been on my radar,” he said during a conference call announcing Team Canada before heading to Japan. “It’s something I’ve wanted to do. … I’ve thought of it as a once-in-a-lifetime opportunity.”

Conners’s interest goes back further, to 2009 when the International Olympic Committee, or IOC, announced golf would return to the Games at Rio de Janeiro in 2016 after a 112-year absence.

“I’ve always been 100-per-cent in,” Conners said. “To call yourself an Olympian is an honour.”

Both men have represented Canada in international tournaments before, including the World Amateur Team Championships, better known as the Eisenhower Trophy. “But this is kind of the peak,” Conners said. “This is something I’ve thought about a while.”

The 72-hole, stroke-play tournament begins Thursday at Kasumigaseki Country Club. Conners and Hughes practised Tuesday at the club that was opened in 1929 and has played host to many major events, including the Canada Cup (now called the World Cup) in 1957.

Many of golf’s household names aren’t there, however. World No. 2 Dustin Johnson was the first one to beg off, announcing last March that a trip to Japan during a busy PGA Tour schedule didn’t suit him. The Olympic golf event falls between mid-July’s Open Championship in Britain and next week’s World Golf Championships event in Memphis, Tenn.

Since the American’s announcement, other stars such as South Africa’s Louis Oosthuizen, Britain’s Tyrrell Hatton and Spain’s Sergio Garcia have also sent their regrets, with the latter saying he’d prefer to focus on this fall’s Ryder Cup.

Two other top-10 players, No. 1 Jon Rahm of Spain and No. 6 Bryson DeChambeau of the United States, withdrew this past weekend after testing positive for COVID-19. (Rahm also tested positive in June, forcing his withdrawal from a tournament he was leading, but subsequently emerged from quarantine and won the U.S. Open.)

The men’s field in Rio was lacking many marquee players, too, including Rory McIlroy of Northern Ireland, with some citing Zika virus fears and others scheduling challenges.

The women’s Olympic golf competition begins next week on the same Kasumigaseki layout, but its field won’t be suffering from mass defections, with world No. 35 Charley Hull of Britain the only notable player to decline.

The packed women’s lineup exemplifies a different attitude among female players, Rio gold medalist Inbee Park said last month. “They [men] have so many opportunities and so many different weeks with so many big tournaments,” the South Korean said at a press conference. “For us, I think it’s a little different. We’re not as big as men’s golf. So I think girls treat it a little differently.”

Some players, including major champions Hannah Green of Australia and Shanshan Feng of China, even skipped the most recent women’s major to travel early to Japan, quarantine, acclimatize and practise.

All of the world’s top 10, including No. 7 Brooke Henderson of Canada, are competing. “I’ve always put the Olympics on a major championship level,” Henderson, whose 10 LPGA Tour titles include a major, said in commenting on her enthusiasm for returning for her second Games.

Henderson will be joined on Team Canada by veteran Alena Sharp, who also played in Rio and was equally resolute about heading to Tokyo.

Sharp has already competed in Asia on the LPGA Tour this year, said she’s been fully vaccinated since March, and has little safety concern despite the continuing COVID-19 pandemic. “I feel like the IOC is doing everything to keep us safe,” she said. 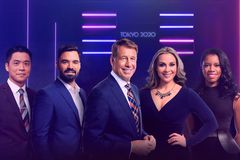 Mexico to face Canada for bronze medal in women’s softball at the Tokyo Olympics
July 26, 2021 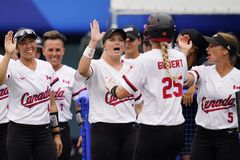