Norway’s Kristian Blummenfelt, the man they said didn’t like the heat, delivered a devastating late surge to break clear on a sweltering run leg and take the gold medal in a thrilling men’s Olympic triathlon on Monday.

Blummenfelt was part of a huge group of almost 40 that came off the 40km bike leg together but looked anything but favourite among some young speedsters.

However, he kept driving at the front as the group was whittled down to three, before surging clear in the final km to finish in one hour, 45 minutes and 04 seconds to take Norway’s first medal in the sport.

Alex Yee continued Britain’s impressive form as his silver made GB the most successful nation in the history of the sport, which joined the Olympic program in 2000.

Fellow-23-year-old Hayden Wilde of New Zealand also ran strongly to take bronze, while Briton Jonny Brownlee, who won silver in 2016 and bronze in 2012 and was hoping to complete the set in the absence his double champion brother Alistair, could not quite hang on and finished fifth.

The race began with an unprecedented and embarrassing false start as a media boat drifted in front of the pontoon at just the wrong moment blocking the route to the water of around a third of the 56-man field as the rest dived in.

Jet Ski riders eventually hauled a dozen back after they pounded out around 200 metres, oblivious to the alarm horns and whistles.

The field got away cleanly at the second attempt and all the main hopes were in touch coming out of the water after the 1500m swim.

A group of 10 broke away for the first few laps of the 40km bike leg but the chasing pack eventually reeled them in to form a giant group of 37 by the end of the fifth of eight laps.

All the main contenders were in there and with no hills of note to break things up, the race, as was widely predicted, came down to one big run showdown.

Yee was the British 10,000 metres champion on the track in 2018 and after he delivered a crushing run leg to win the last ITU race before the Games in June he looked favourite as he ran strongly at the front.

Pushing the pace in the heat the group slimmed down to three but it was the vastly experienced 27-year-old Blummenfelt, who is the world record holder for the half-Ironman triathlon distance, who had the strength to break clear.

Realizing he could not be caught he virtually danced his way down the finishing straight, before collapsing, utterly spent.

Yee was similarly delighted, and said: “I am just over the moon. I was already deep in the well and dug that little bit in my soul. It wasn’t enough to catch Kristian but it was enough to get silver.”

Wilde summed up the great spirit among the athletes, taking the time to help haul Blummenfelt off the floor and the two exhausted athletes stumbled away from the finish.

Five takeaways from Sunday at the Games
Subscriber content
July 25, 2021 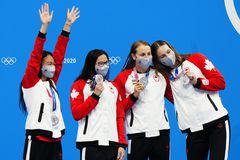 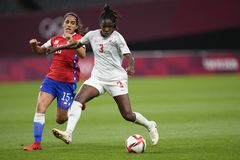 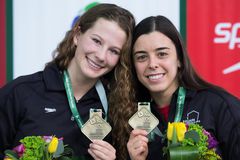