Japan has created a lexicon to describe the suffocating pressure of workplace expectations, and the deaths that sometimes result. The country has spent years battling high suicide rates and workaholism so endemic it has spawned an entire field of research.

So for two of the world’s best-recognized Olympians to admit their mental-health struggles on Japanese soil was, to some, a source of hope that the open disclosure of elite frailties could give succour to others, and perhaps nudge social change.

On Wednesday, gymnast Simone Biles pulled out of the individual all-around competition after doing the same partway through the team finals, citing her mental well-being. The American withdrew after tennis star Naomi Osaka, the final torchbearer and the world’s highest-paid female athlete, lost her match on Tuesday and pointed her finger at the intensity of the pressure on her.

Ms. Biles, meanwhile, said she needed to focus on herself, saying she had been trembling and experienced trouble sleeping in Tokyo. “I say put mental health first,” she said, adding: “It’s okay sometimes to even sit out the big competitions to focus on yourself. It shows how strong of a competitor and person you really are. Rather than just battle through it.”

Tokyo Olympics: Penny Oleksiak sets sights on another medal in the pool

It was the opposite of a mantra that propelled Japan’s hard-charging industrialization era, a notion that even if you lose, you should try – because to give up is cowardly.

“You’re supposed to be not only physically tough, but psychologically tough,” said Miwa Hitsumoto, clinical director of the Centre for Japanese Mental Health. “That’s the mentality of Japan. Samurai culture.”

Indeed, after Ms. Osaka’s loss, some online commenters questioned the genuineness of her struggles.

As for Ms. Biles, “a lot of Japanese people and a lot of Japanese coaches are really surprised by her decision,” said Tsutomu Fuse, a Japanese sports psychologist who has worked with rugby teams and Olympic long-distance runners. “A lot of Japanese athletes feel ashamed of showing their mental weakness. That’s the sports culture here in Japan.”

But he has advocated for change, and is hopeful that what has taken place this week will prompt reflection. “To have athletes start to talk about the pressure they’re feeling is a really good starting point for that conversation,” he said.

Convincing the public of that may prove difficult: In Japan, like elsewhere, public expectations of celebrity are high and sympathy for the travails of the wealthy and successful not always plentiful.

But the Olympics arrive after years of effort in Japan to blunt the harsh contours of a culture that has been hugely demanding of athletes and everyday workers alike.

Japan’s rise to modernity has been built on punishing workplace expectations. A quarter-century ago, white-collar workers in Japan put in at least 50-per-cent more working hours in a year than those in the United States. The immensity of the workload took such a toll that Japan has created a vocabulary to describe the consequences. Karoshi is being worked to death. Karojisatsu is suicide related to overwork. The country’s National Institute of Occupational Safety and Health has built a Research Centre for Overwork‐Related Disorders that has traced connections between serious illness and hours on the clock, with researchers pointing to the risk of stroke and other disease for Japanese workers amassing as many as 360 hours of overtime a month.

Working more than 100 hours of overtime in a month is considered sufficient to put a person at risk of karoshi. Under a labour law enacted in 2019, Japanese workers should not work more than 720 overtime hours a year.

Still, Japanese workers put in longer hours than their counterparts in China, South Korea and the U.S., according to a study published in April.

Nearly 2,000 deaths a year are classified as suicide owing to overwork, even after a wide-reaching national effort to make change. After recording 34,000 deaths by suicide in 2003, Japan brought the number down to 20,000 last year, the lowest since it began keeping records in 1978. But the number remains so high that more people have died in Japan during the pandemic from suicide than COVID-19.

Dr. Hitsumoto recalled sleeping in the lab when she worked as an engineer early in her career. It was not merely her own workload. Office culture dictated that she could not leave before all of her colleagues were ready to do the same.

But in the two decades she has subsequently spent as a counsellor, primarily with Japanese clients, she has seen change. People are more willing to discuss the issue.

And having high-profile athletic examples has not hurt. When Ms. Osaka pulled out of the French Open this year and then disclosed struggles with depression and anxiety, the tennis star became part of Dr. Hitsumoto’s sessions with clients, some of whom saw common ground with their own workplace anxieties.

“Sometimes it’s easier to talk about other people than talking about yourself,” Dr. Hitsumoto said. “It’s a kind of assurance.”

The Olympics, too, has declared itself dedicated to inclusion and sensitivity to mental health. On Wednesday, the internal Olympics news reporting system gave prominence to the 14th-place finish for Swedish mountain biker Jenny Rissveds. Five years ago, Ms. Rissveds won gold in the Rio de Janeiro Games.

Her poor showing in Tokyo, however, left Ms. Rissveds so “happy that it’s over.”

Saddled with the pressures of being a young champion, she spent the years since the 2016 Olympics struggling with mental-health problems and an eating disorder. Losing in Tokyo means she will “not have to carry that title any more,” she said. “I have a name and I hope that I can be Jenny now and not the Olympic champion, because that is a heavy burden.”

Elsewhere, the Olympics has relied on grin-and-bear-it tropes, including on a page discussing mental-health among athletes. It cites British swimmer Adam Peaty, who counsels that the solution to feeling down is to put in more effort. “I’m just a lad who worked harder than anyone else,” he said.

In Japan, however, there are signs, the public has developed more sympathy for mental struggles. After Ms. Biles withdrew from competition Tuesday, some of those commenting on domestic news coverage offered their best wishes.

“The real message from these two athletes is that we should recognize diversity among people,” said Norito Kawakami, a specialist in occupational mental health at the University of Tokyo.

“The athletes are not just ‘athletes,’ but humans. Humans may have difficulties, weaknesses or mental-health conditions.”

With a report from Naoko Mikami 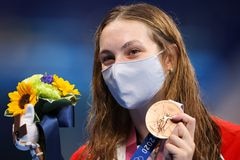 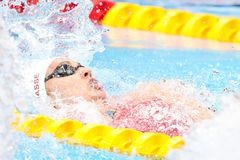 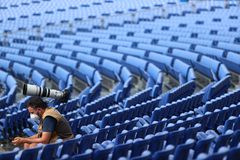