After years of selfless sacrifice, endless training and detailed preparation, no athlete likes to be told that their Olympic or Paralympic dream has come to an early end. And that applies equally to animals and humans.

So while para-equestrian dressage rider Jody Schloss will be back at the Paralympics later this month for the first time since she secured a pair of 11th-place individual finishes at London 2012, Inspector Rebus, the horse who carried her around the English capital nine years ago, will not.

Rebus developed Cushing’s disease, which affects the pituitary gland, shortly after those Games, and the medication that he has to take to fight the disease is banned in competition. So for much of the past five years, Schloss has been riding a new horse, Lieutenant Lobin, who has formed a firm friendship with Rebus at the Millgrove, Ont., stable where they both reside.

Tokyo Paralympics to be held without spectators, organizers say

The 12-month pandemic-enforced delay to the start of both the Olympic and Paralympic Games may only have served to delay the inevitable. But with the Paralympics set to start on Aug. 24, it fell on Schloss – or more precisely the “Horse Whisperer” animal communicator who she brought into the stable – to break the news that it was Lobin’s turn to compete under the Paralympic spotlight in Tokyo.

“Rebus was really angry that he wasn’t going,” Schloss says. “Lobin said he was excited, but I don’t think he knew how far he was going.”

Schloss herself has been training hard for a second attempt at a Paralympic medal, while Lobin is already slowly making his way to Tokyo, via Florida for a quarantine and then Germany. Schloss lives in Toronto, and travels to training at M2 Dressage, near Hamilton, five times a week.

When riding wasn’t permitted in the early days of the pandemic, she pressed one of her coaches to set up some physio sessions on Skype. That way she could ensure she didn’t lose any of the momentum gained after she rode Lobin at the 2018 World Equestrian Games, helping Canada to an eighth-place finish in the team para dressage.

Her coach at M2 Dressage, Karis Van Essen, calls her “probably the most determined person I’ve ever met.”

It’s not hard to see why, as resting on her laurels isn’t exactly in the Schloss playbook. When she wasn’t riding or doing physio, she was busy writing. Earlier this year, she published her first book, From Anguish to Hope, detailing the long journey she has been on since a serious car accident in California when she was 23 changed her life.

The crash took the life of the friend she was travelling with, and left Schloss in a coma for four months, with a serious brain injury that has left her with a speech disability. Although there were doubts she would ever wake up, when she finally did it began the start of an arduous rehab journey, one that began with the realization that she would never walk again.

But Schloss, now 48, says getting everything that has happened to her down on paper proved to be therapeutic, and even helped her develop a love of poetry that she intertwined into the book.

“The book is a lot about my recovery and dealing with all the changes,” she says over a Zoom call with the help of her brother, Michael Schloss, who helps with making sure that Jody’s words are fully understood.

“That’s why it was therapeutic, because I got a lot out on paper and I didn’t end up yelling with people because I was able to process it.”

Getting back on horses has also helped with her recovery, having grown up riding a few days a week starting in Grade 5.

“I just sort of fell in love with it,” she says. “The relationship with horses is so honest.”

Para equestrian at the Paralympic Games is made up of three dressage events, including both individual and team tests in which the riders and steeds follow a predetermined program, as well as a freestyle event. And Paralympic athletes compete in five different classifications, depending on the level of impairment that the athlete has.

She says it will be weird to compete in Tokyo without fans in the stands, but adds that the new reality of competing under pandemic restrictions will be to the benefit of Lieutenant Lobin and the other horses in the competitions.

Having worked with Schloss for six years, Van Essen says she has made massive progress in her development, both in terms of her continued physical recovery from the accident and as a rider. Van Essen highlights the work Schloss has done to improve her strength and core control, as well as her accuracy in leading her horse through the 17 different movements that are required for the para-dressage competition.

Van Essen will accompany Schloss to Tokyo to take part in her first Paralympic Games, having also been her groom at the 2018 World Equestrian Games in North Carolina. The pair are confident that Schloss and Lobin can make it to the top eight and qualify for the individual final, as well as help Canada to a strong, possibly a podium, finish in the team event.

When she’s not competing in Japan, Schloss plans to start on her second book, although like many of the athletes this year she is disappointed that she won’t be able to get out and about in Tokyo.

“I love Japanese food,” she says. “Sushi is my favourite.”

But having experienced the hoopla of the Paralympics in London, she enters these Games fully aware of what is required of the athletes. And even though it will be the first Games for Lieutenant Lobin, after five years of riding together, Schloss is not worried about Paralympic rookie nerves getting to him on the big stage.

“I’m more confident that Lobin will compete well under pressure than Rebus,” she says. “Rebus spooks at everything. In London, my little brother stood up and yelled ‘Yay, Jody,’ after I finished one of my rides and Rebus reared.

“I thought it was funny, but I was glad it was after my competition.” 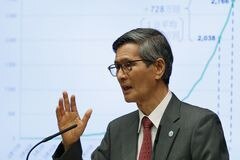