By now, Penny Oleksiak is used to the new normal of her Olympic training.

The four-time Olympic medalist wears a mask on the pool deck at the Toronto Pan Am Sports Centre and does her pre-swim medicine-ball exercises alone instead of tossing it with her fellow swimmers as she used to. She thinks often of the three months she went without a pool and how much she missed it.

Oleksiak is accustomed to the regular temperature checks at the pool and to standing in physically distanced lines before entering the water and obeying the strict rules about maintaining space in the lanes. She isn’t sure when her next competition will be. Therefore, she focuses on the rescheduled 2020 Tokyo Olympics, slated for in the summer of 2021, and chooses to embrace the gift of extra time the delay has provided.

The now 20-year-old swimmer has also been holding on to some big news that she finally made public on Thursday – a partnership with the most decorated Olympian in history.

Oleksiak has signed on to be a global ambassador for Phelps Brand, a company that develops technologically advanced swim gear under the direction of U.S. Olympic star Michael Phelps and his Hall of Fame coach Bob Bowman.

“I was looking for a good swimsuit brand to join, and Phelps reached out, and it was an offer I honestly couldn’t pass up – getting to work with Michael Phelps and learn from him,” Oleksiak told The Globe and Mail in a lengthy phone interview this week. “Every swimmer looks up to him growing up, and it’s just so cool to get to work with him, to help create the best gear and to give my input about the suits.”

The Canadian, a world-champion and Olympic-record holder, will be the face of Phelps Brand’s Matrix Tech Suit, an innovative new swimsuit the company is launching. Oleksiak tested it last fall in Italy, and the company welcomed her input on details such as where on the suit she prefers the most compression, the fit of the suit’s body and the length of the leg fabric. She had dinner with Phelps before the pandemic, hung out with his family, did a photo shoot with him and has since maintained a friendship with the holder of 28 Olympic medals. She said she often calls him for advice.

“I’m a big fan of Penny and what she’s been able to accomplish in the pool. I’m thrilled she is joining the Phelps Team as the first female global ambassador,” Phelps said in a statement. “Penny is a tremendous athlete who shares my passion for the sport and has already provided a lot of great insights for the Phelps Brand. Her personality, talent and confidence are huge assets for the entire swimming community.”

Oleksiak is more than four years removed from the Rio Olympics in 2016, when she captured four medals – a Canadian record at a single Summer Games – and became the country’s youngest gold medalist at 16. She became the Canadian face of those Games and was the obvious choice to carry Canada’s flag at the closing ceremonies.

Oleksiak says she is grateful for her training environment these days, especially after the pool was closed for three months in the spring and early summer at the height of the pandemic. Swimming Canada brought its national athletes home early from their Florida training camp in March – one that was meant to prepare them for their Olympic trials. Her mother was relieved; she had been calling Oleksiak to urge her daughter to get home before the border closed.

When she landed in Toronto, Oleksiak thought she would have a brief training stint with her teammates. By the time she made it through customs and met her boyfriend at arrivals, Oleksiak found out all pools would be shut down for what could be a long while.

Oleksiak put a stationary bike on the patio of her Toronto condo, and she also tried to do high-intensity home workouts inside her small indoor space.

“I really struggled – like I didn’t really identify as a swimmer any more when I was out of the pool for three months, so I was like, ‘What the heck do I identify as now?' ” Oleksiak said.

“I didn’t know when I would get back in the pool again, so I was like, ‘What am I even doing these home workouts for?’ ”

Unaccustomed to having that much time on her hands, Oleksiak decided to embrace it. She asked her long-time best friend – whom she rarely sees when she’s training – to move in and quarantine with her to keep her company. The swimmer took advantage of the rare opportunity to sleep in, and she savoured cooking meals. They took long walks with Oleksiak’s dog, a French bulldog named Norman. She even decided to get a second dog – a Boston terrier she calls Bean.

Her 20th birthday was June 13 – three days before the 20th birthday of Canadian tennis star Bianca Andreescu, with whom Oleksiak became fast friends last fall. The two star athletes decided to celebrate together, going with a couple of friends to a cottage. Oleksiak and Andreescu are seldom in Toronto at the same time, and the swimmer hadn’t really celebrated her birthday in years because she is usually abroad at a summer swim meet.

Their friendship began last year after Oleksiak sent the tennis star a message of congratulations on Instagram after she became Canada’s first Grand Slam singles champion, at the U.S. Open. They made a plan to sit courtside at a Toronto Raptors game last November and hit it off instantly.

“I was like, if you ever need a friend in Toronto that understands you a little bit, I’m always here, hit me up, and I gave her my number,” Oleksiak said. “We’re both Geminis, we both have dogs that we love, we listen to the same music, we both just kind of have the same vibe, like we kind of look at life the same. It’s just super cool to be able to relate to someone as much as I can with Bianca, and she’s super easy to talk to.”

Andreescu is living and training in Monaco now in preparation to return to tennis in early 2021. Oleksiak says the two chat from afar about how fun a visit to Monaco would be if the world were not in a pandemic.

The swimmer says she has tried to use the extra training time to hone finer aspects of her life as an athlete in training. She is tuning her sleep patterns, consulting with a nutritionist and devoting herself to good recovery routines after training.

She is curious to see how fit and fast swimmers will be after this unorthodox training year. In some parts of the world, they never stopped training. She wonders if the lack of competitions over the past several months has made for more impactful and less interrupted training, or if swimmers are out of competitive practice. She wonders if bodies are better rested without the rigours of travel and peaking for meets, or if some swimmers may find they have overtrained.

“I’m really excited just to have a really, really great competition,” Oleksiak said. “I think it’s going to be a really crazy Olympics just to see how fast everyone’s going to go.” 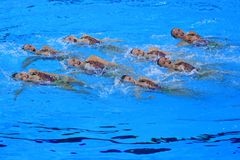 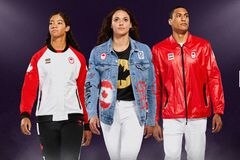