Canadian race walker Evan Dunfee registered to get vaccinated when people over 30 in his neighbourhod in Richmond, B.C., became eligible and now he is on a waiting list. Will he be vaccinated before he leaves to compete in the Tokyo Olympics this summer? Time is ticking.

During the long hours he’s spent training, Dunfee has wrestled with the controversial question of whether Canada’s athletes should get priority access to the COVID-19 vaccine. You can hear the angst in his voice through the phone as he struggles with the idea.

Of course he wants to be fully vaccinated before competing at the biggest global multisport event in the world. Of course he wants to protect the people of Japan, who largely oppose holding the Games during a pandemic. But he also knows that the COVID variants are running rampant, only about 38 per cent of Canadians are partly vaccinated and only 3 per cent are fully vaccinated. Some Canadians are waiting up to four months between their first and second doses. And Dunfee knows the idea of queue jumping is fraught with complications.

“I think of those potential doses going into my arm that could be going into the arm of someone in my community who is at a higher risk than I am,” Dunfee said. “Then I also think of it as it’s my job; I’m paid to be an athlete.

“I think it’s fair for people to discuss whether these Olympics should be happening or not, but they are happening and the athletes have no say in that, and this is where many athletes make their living.”

The hornet’s nest was poked this week when officials from two of Canada’s biggest summer sports federations told the CBC on Wednesday that their athletes, coaches and support staff should receive access to both doses before they leave for Tokyo. Many countries have already vaccinated their athletes or pledged to, including France, Australia and South Korea.

Both of those officials – from Swimming Canada and Athletics Canada – saw plenty of feedback from Canadians on social media after their comments, both positive and negative. But both held firm.

“I agree with the position that the vulnerable and front-line workers should be ahead in the line, but I also come at this from a perspective that our athletes are representing Canada, are supported through Sport Canada and athlete-assistance programs,” John Atkinson, Swimming Canada’s high-performance director, said in a phone interview on Thursday. “It’s incumbent on all of us to make their Games experience as absolutely safe as we possibly can.”

Atkinson stressed that the window is closing to get fully vaccinated before Tokyo and that the variants of concern have added urgency.

“I think that it is reasonable to ask the athletes that represent the country, in an event that takes place every four years, that they’ve worked their life for, should be given the opportunity to go, and we leave nothing to chance,” Atkinson said. “We should take every measure ... to ensure their health and safety and that of the family, friends and communities they return to.”

David Bedford, CEO of Athletics Canada, was in lock-step with Atkinson.

“I’m not naive. I totally understand there’s lots of people who think the Games should be cancelled and they really couldn’t give a crap about sport at a time like this,” Bedford said on Thursday. “But these athletes are so proud to put Canada on their chest and represent all of us, and we’re the ones sending them there into harm’s way. So I think that we owe them the opportunity to be as safe as possible.”

These Games appear to going full-speed ahead – like it or not – with approximately 11,000 Olympians converging from around the world, then some 4,000 Paralympians – living in a village together and competing across 34 venues. Athletes will be tested daily in Tokyo, and must provide two negative tests before leaving their home countries.

Some Canadian athletes have already had a jab, including those who train in the United States. Others are willing to wait.

“I’ll get the vaccine as soon as I’m allowed to, but I don’t think that athletes should be a priority because many of us are young and healthy and we’d recover,” said Canadian weightlifter Rachel Leblanc-Bazinet. “Either way if I have the vaccine or not, I feel confident to go to Tokyo. I’m super comfortable.”

In a statement, the COC reiterated its support for prioritizing front-line workers and vulnerable populations. It said it had confidence in Tokyo’s safety measures, but will also add its own, guided by chief medical officer Mike Wilkinson.

“With the growing number of vaccines available to Canadians ... we are hopeful that all Tokyo-bound athletes will have access to vaccines prior to Tokyo,” the COC’s statement said. “Vaccinations would provide an important additional layer of protection to the significant countermeasures that have been put in place.”

The CPC said many of its Paralympians have already received a dose and some will be fully vaccinated before their competitions.

“Vaccinations are ongoing across Canada, and we encourage our athletes to get vaccinated as soon as they are able to,” the CPC’s statement said.

Dunfee began a thread on Twitter this week that garnered lots of conversation, saying he’ll go to Tokyo even if not vaccinated.

“I want to be vaccinated. Will I go if I’m not? Yes,” he wrote. “It’s a huge risk but to get 1 last shot vs the best in the world at the silly thing I’ve dedicated my life to is worth it. Do I think my decision should take a vaccine from someone who has no choice in their risk? Absolutely not.”

Australian Olympians to be given COVID-19 vaccine priority
April 27, 2021 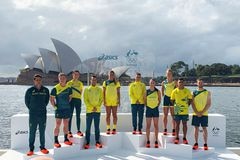 Will Japan’s Olympic athletes get COVID-19 vaccines ahead of the public?
April 19, 2021 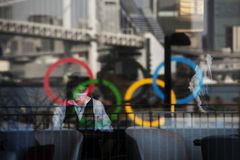 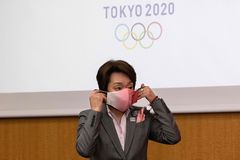