When the pandemic hit in March of 2020 and pools shut down, Canadian Olympic swimmer Kylie Masse went to her parents’ home in LaSalle, Ont., with nothing but a weekend bag. When the Tokyo Summer Games were postponed, she realized she was in for a lengthy stay, and to salvage the fitness she had built up for that summer, she’d better improvise.

Masse found free weights and borrowed a stationary bike from a neighbour. She did yoga, online fitness classes and met with her team on Zoom, but pools were closed. Before their gradual return to pool training in late June, Canada’s swim team was out of the water 122 days, the most among the world’s top swim countries.

In her Olympic debut at the 2016 Rio Games, Masse won bronze in the 100-metre backstroke – part of the six-medal haul for Canadian female swimmers. She won two world titles after that in her signature event, placing her among the Canadians to watch at the Tokyo Olympics.

But this Summer Games are unlike any other in the modern era, with COVID-19 still shifting the ground. There will be no foreign fans allowed in Japan. While athletes who had geared their training to peak for last summer had to recalibrate to peak for this summer. Competitions were cancelled. And workouts while physically distancing, with many training facilities closed? Another headache.

Canadian Olympians and Paralympians have improvised as best as possible, but the readiness and expectations for Tokyo are not what they usually are four months before the flame is lit. Under usual circumstances, Canada would aim to improve its medal count from the previous Games, but setting a performance benchmark for Tokyo isn’t that simple. Reaching the podium will be a bigger challenge than many expected when the Canadian contingent left Rio with 22 Olympic medals (and a 20th-place finish) and 29 Paralympics medals (and a 14th-place finish).

The Canadian Olympic Committee expects to send a team of approximately 400 to 425 athletes to the Tokyo Games, which start July 23, but only about half have secured their spots as many sports are still in the qualifying stages. The Canadian Paralympic Committee anticipates sending about 130 athletes to the Paralympics, which open Aug. 24, but says only about 70 per cent of those slots are qualified. Postponed competitions around the world, and Canada’s 14-day travel quarantine, have complicated the qualification process.

Own The Podium, a non-profit group whose usual goal is to help Canadians win medals, says it is expanding its definition of success for Tokyo beyond medals. The first measure will be getting the Canadian teams to and from Tokyo safely.

“Because so many of Canada’s athletes and coaches have had to face such adversity in their preparation, every medal performance, top eight performance, personal bests – those will all be successes for the Canadian team at both Games,” said Anne Merklinger, OTP’s chief executive officer.

“Our expectations have to be high, but realistic,” said Eric Myles, the COC’s chief sport officer. “The focus in the sport system right now is on qualifying as many athletes as possible and ensuring those that do qualify are able to safely train and prepare to the highest degree possible for the Games.”

John Atkinson, Swimming Canada’s high-performance director and national coach, knows Canadians will have big expectations for his athletes, but the toppled training schedule has made it hard to predict what success will look like.

“Our swimmers are committed, they are world class, they’ve been doing a fantastic job, but we’ve not raced for a year in an Olympic [50-metre] pool,” Atkinson said. “The team will go with the intent of standing on the podium, but I would also have as a measure of success that they continue to improve and be competitive.”

There is also the issue of vaccines for Canadian athletes, who may not have received theirs before they leave for the Games. The International Olympic Committee and China have agreed to provide vaccines for Olympic participants, but Tokyo organizers say vaccines are not mandatory for athletes to compete. The COC says its “strong preference” is for athletes competing in Tokyo to receive a COVID-19 vaccine approved by Health Canada. None of the Chinese vaccines are approved for use in Canada.

Overcoming the hurdles to Tokyo requires resiliency – weathering the constant doubts over the safety of staging the Games, an ever-changing qualification process, news of tight restrictions in the Villages, and the requirement that athletes fly in and out just for their events, leaving little room to celebrate.

Still four months out from the Games, Masse’s training schedule has been redrawn many times, so she prefers to focus on small wins every day. She stays away from comparing this preparation to her journey to Rio.

“My job in the water is the same though,” Masse said. “To swim fast.”

Artistic gymnast René Cournoyer has qualified for his first Olympics, and the journey has swerved dramatically from how he originally mapped it out. For times when his training in Montreal or Repentigny have been interrupted by COVID restrictions, he used rings and small parallel bars in his garage and a borrowed pommel horse in his basement.

Cournoyer’s plans this year initially included a training camp in Spain and competitions throughout Europe. Instead he has remained in Quebec, training in small groups. His only competitions in a year have been held over Zoom with gymnasts recording live routines for judges to evaluate. Cournoyer has found a few silver linings: time spent improving the difficulty of his routines instead of peaking for several competitions, tuning his mental strength, and talking to his mentor, Canada’s first- gymnastics Olympic medalist, Kyle Shewfelt.

Cournoyer said his success in Tokyo will be “to achieve the best performance I can with the given circumstances, to truly enjoy my Olympic experience regardless of results, and to give a good show.

“Since I’m the only male representative of Canada in my event, I want to make Canada proud, and to be proud of myself.”

Alison Levine is a wheelchair athlete who has qualified for the Paralympics boccia competition. Before the pandemic, the strong-throwing Montrealer was at the top of her game with a string of medal-earning performances, including gold at the 2019 World Open. The fifth-place finisher in Rio felt certain that Tokyo would be her chance to shine.

When the pandemic hit, she trained alone in her apartment for more than six months, throwing boccia balls across her linoleum floor and retrieving them with a long scoop made by her father. To stay fit, she used a hand bike, and worked virtually with a mental-skills coach. Levine eventually returned to training at the Institut National du Sport du Québec, but with very strict physical distancing on the small boccia court, she’s just now getting to be with one other teammate, which limited her strategic training.

Levine has a neuromuscular disorder that has an impact on her spinal cord, diaphragm and lung capacity, and is considered high-risk for COVID-19. She hopes to get vaccinated before Tokyo, but plans to go anyway. Levine says her desire for gold is still strong, but she’s also realistic that many of her rivals kept training and competing.

“The strict health restrictions in Canada, I don’t think they’re a bad thing at all,” Levine said. “If it means me not doing as well at this Paralympics but being alive for the next one, I’m okay with that.”

Canada’s Paralympic chef de mission for Tokyo, Stephanie Dixon, lauded athletes for their preparations during the pandemic and hopes Canadians appreciate their hard work, rather than the number of medals won.

“Arriving at the Games and showing that courage – coming in less than ideal circumstances and still putting everything you have on the field of play – that is success right there for me,” Dixon said. “I don’t think it’s a helpful narrative right now to talk about medals and expectations. Athletes don’t need more stress and pressure right now. We want to make sure that they know that their health and well-being is the top priority.”

Marnie McBean, the chef de mission of Canada’s Olympic team, said the travel schedule she initially devised for the months before Tokyo was packed with visits to athletes. Instead, she has been at home in Toronto, talking virtually and supporting Canadian athletes, hearing about their personal bests in the gym and their reignited passions for the sports briefly taken from them.

“I should be putting lots of jackets on lots of athletes, and saying, ‘congratulations, you’ve been named to the Olympic team,’” McBean said. “I’ve said many times to them, the path has changed dramatically, but I don’t think that anyone has changed their goal.”

Canada won six medals in Athletics at the 2016 Olympics. Head coach Glenroy Gilbert says he’s been impressed by some results he’s seen from indoor season, which show many athletes haven’t skipped a beat despite time spent away from the track.

“I never want to communicate to our athletes and staff that somehow we are disadvantaged or that we’re not going to meet the opportunity in Tokyo – I think that would be a mistake,” Gilbert said. “We need to look at this as an opportunity to rise up and be the very best that we can be and don’t have any single excuse around performance. Our motto is performance on demand, and that has not changed despite the impact of the global pandemic. We expect our athletes to perform up to their capabilities.” 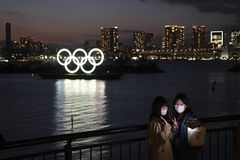 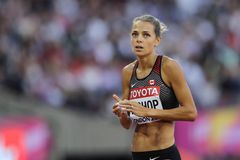 Opinion
The Olympics’ outdated host-city model should be revisited in favour of a truly global Games
February 26, 2021