Eighty-five years after basketball’s debut in the Olympics, at the 1936 Berlin Games, a twist on the sport makes its Olympic debut in Tokyo. Three-on-three basketball, or 3x3 as the sport’s world governing body refers to it, promises a faster version than the traditional form.

What is three-on-three basketball?

Three-on-three is basketball reimagined for the TikTok generation, with fast-paced choreography and a hip-hop soundtrack. “If you have a short attention span, this is your sport,” said Kara Lawson, coach of the U.S. women’s team.

The half-court game is played outdoors with a 12-second shot clock, no breaks and four-player rosters. The game ends after 10 minutes or when a team reaches 21 points, whichever comes first. Baskets scored outside the arc are worth two points; buckets inside it are worth one. The play is physical and fouls are rarely called.

“It’s like the X Games,” said U.S. guard Kelsey Plum. “There’s music going on, there’s a commentator making jokes about people’s play, about people getting crossed over, about someone shooting in someone’s face, saying someone is quicker than a Kardashian marriage.” (That omnipresent play-by-play announcer, Kyle Montgomery, peppers his commentary with Meek Mill and Drake lyrics and one liners like: “She’s all business like the front of the plane.”)

Why was 3x3 created?

FIBA decided to experiment with an alternative form of the sport at the 2010 Youth Olympic Games in Singapore, where the first official three-on-three game was played. To expose more of the world to basketball, FIBA wanted to promote a game with a street ball vibe and small rosters.

The Olympics, in its quest to be cutting-edge, quickly added three-on-three basketball to its lineup, joining skateboarding, surfing, karate and climbing as newcomers to the Tokyo Games.

Are the U.S. women favored to win gold?

Given there’s no timeouts or coaches on the bench, the pressure falls on the players to adjust on the fly. “You have to be more prepared,” said Lawson, who has been involved with the three-on-three team the past five years. “You have to be sure the players are equipped to coach themselves because I can’t save them and call a timeout and say you need to change this.”

Who can stop the U.S. women?

Though the Americans are considered the most talented squad in the eight-team women’s event, they have limited experience playing together against veteran teams such as France, China and Russia. Even so, there’s a sense that anything can happen given the game is much more unpredictable than five-on-five.

Lawson said the short length of each game raises the stakes.

“You don’t have time in three-on-three,’' she said. “If you’re down at the end of the first quarter you’re out of the tournament.”

The American men will not win the 3x3 gold medal, but Serbia or Latvia might. It’s also significant that the women’s tournament includes Mongolia, which has excelled in individual sports such as wrestling, boxing and judo in previous Olympics, but not team sports. This will be the first time the country has entered a team sport in the Summer Games. Mongolia’s Khulan Onolbaatar became her country’s first female flag-bearer.

“Mongolia is basketball crazy. I had no idea,” said Lawson, who took a three-on-three team there in 2019. “I’ve been to countries over the last five years that I would never guess I would go to for basketball.” 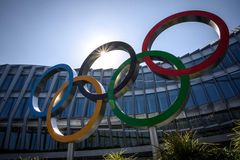 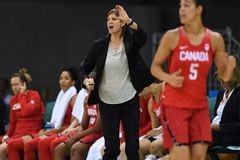 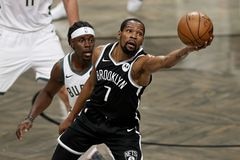