Erica Wiebe knows she won’t fly under the radar at the Tokyo Games.

That suits her just fine.

Wiebe will enter the women’s 76-kilogram wrestling event as a reigning Olympic champion when competition kicks off Sunday at the Makuhari Messe Hall in Chiba, about 50 kilometres outside the Japanese capital.

“Obviously now, as an Olympic champion, there’s added pressure,” Wiebe, who topped the podium in the women’s 75-kg event at the 2016 Rio de Janeiro Games, said in an interview. “But my process and my perspective between this Games and Rio are actually completely the same.”

That’s not to say there haven’t been challenges. Like most elite athletes in Canada, Wiebe had to work around training disruptions and a lack of pre-Olympic competition owing to restrictions around the COVID-19 pandemic.

“From having to spend the majority of 2020 training outside on grass, potentially going a month or two without having physical contact. So we would just do ‘shadow wrestling’ in a field for weeks on end.”

When wrestlers were finally able to train together in small cohorts, Wiebe said it started with off-mat training in basements and garages.

“It has definitely been a challenge,” Wiebe said. “But I think you always have to think, ‘Okay, what do I have and what can I do?’”

Wiebe qualified for the Games at a tournament in Ottawa, near her hometown of Stittsville, Ont., in March ,2020, just at the onset of the global pandemic. She didn’t return to action until the 2020 Individual Wrestling World Cup in Belgrade.

Wiebe said the months-long hiatus from competition was the longest of her career.

“You really have to put your head down and find joy in the process, the technical, tactical and physical aspects of training,” she said.

Danielle Lappage of Olds, Alta.; Amar Dhesi of Surrey, B.C.; and Jordan Steen of Tecumseh, Ont., are also on Canada’s wrestling team, which is smaller than normal owing to the difficulties of qualifying during COVID-19.

Tokyo will mark the first time since women’s wrestling made its Olympic debut in 2004 that Canada hasn’t sent a competitor in every female weight class.

Sam Stewart was close to qualifying in the women’s 53-kg division before losing her semi-final at a World Olympic Qualification Tournament. The 31-year-old from London, Ont., lost 4-2 after her opponent landed a double leg takedown with under five seconds to go.

Wiebe’s advice to Stewart, and others who missed out due to exceptional circumstances, is “failure is not final,” especially with the upcoming quadrennial before the 2024 Paris Games being only three years.

“For Sam, this is nowhere near the end of her story,” Wiebe said. “I have complete confidence that she’ll be ready when her time comes.”

Wiebe, who won in her Olympic debut in Rio, was part of the rush to the podium by Canadian women athletes in 2016. Women were responsible for 16 of Canada’s 22 medals in Rio, and have been just as dominant in Tokyo, winning all 11 of Canada’s medals so far.

Yet on some fronts, women athletes are still fighting for parity with their male counterparts.

Boxer Mandy Bujold’s fight to be included in the Olympics – after her qualifying tournament was cancelled and the revised selection criteria included three tournaments she missed due to pregnancy and postpartum recovery – and basketball player Kim Gaucher’s successful appeal to allow breastfeeding mothers to bring their babies to Tokyo were stories in Canada before the Games.

Other women athletes are fighting to do away with uniforms they believe exploit their sexuality, or for equal pay and access to resources.

“I’d love to see the IOC and decision-makers in some of these antiquated international committees step forward and really support women in sport.” 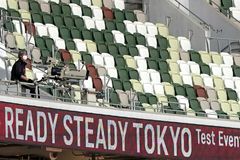 Explainer
What to watch at the Tokyo Olympics: Everything you need to know about the Summer Games
July 23, 2021 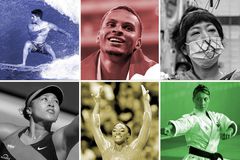