Canada’s swim star of the 2016 Summer Olympics sees Tokyo on the horizon.

Penny Oleksiak’s four swimming medals in Rio de Janeiro, Brazil, made her the first Canadian to win that many at a single Summer Games.

The gold medalist in the 100-metre freestyle can’t help but think about the 2020 Tokyo Summer Olympics just a year away.

“Almost every day I’d say,” the Toronto teenager told The Canadian Press. “It just comes with what I do. As I get closer to the Olympics, obviously it’s going to be on my mind more.”

The majority of Canada’s 2020 Olympic hopefuls are testing their mettle this summer in either their last world championship before Tokyo, or at the Pan American Games opening Friday in the Peruvian capital of Lima.

The Tokyo Olympics open July 24 and close Aug. 9. The Paralympic Games follow from Aug. 25 to Sept. 6.

Canada’s 22 medals in 2016 equalled the most at a non-boycotted Summer Games after Atlanta in 1996, and ranked 10th among countries.

Canada’s quadruple gold in Rio was also the most since winning seven in 1992.

Own The Podium chief executive officer Anne Merklinger isn’t making any hard predictions for Tokyo until the world championship season has concluded.

There are obvious trends, however.

Women claimed 16 of Canada’s medals in Rio and they’re tracking to lead the medal charge again in Tokyo.

The powerhouse women’s swim team is currently raking in medals at the world championship in South Korea.

“Swimming is by far and away one of the strongest sports heading into the games,” Merklinger said. “Everyone knows we have a strong swim team, particularly our women are performing very, very well.”

Just over $40-million was directed to summer sport for 2019-20 in targeted money to get athletes on the podium in Tokyo.

“When you’re with all these girls breaking world records, doing amazing things and dropping their times significantly, it’s just really awesome to see and just keeps you motivated,” Oleksiak said.

And when women’s sprint canoe makes its Olympic debut in Tokyo, Laurence Vincent-Lapointe of Trois-Rivières, Que., is the gold-medal favourite with 11 career world championship wins.

“Right now, weirdly enough, I try to not overthink it,” Vincente-Lapointe said. “If I allow myself to think about it, I can get pretty stressed.

“What I like to do is allow myself to think about going there, but not go into details about how the race is going to be.”

There are 339 medals at stake in 33 sports in Tokyo, which is expected to draw 11,000 athletes and officials from 206 countries.

Swimming and track and field accounted for over half of Canada’s medals in Rio with six apiece.

The world track and field championship starting Sept. 27 in Qatar will be an indicator if Canada can extend its success to Tokyo.

Hamstring injuries interrupted Toronto sprinter Andre De Grasse’s racing in both 2017 and 2018. But the triple-medalist in Rio is a medal threat again if he can stay healthy.

Established sports introducing new events in Tokyo could be good for Canada’s medal bottom line: women’s sprint canoe and rowing four, as well as mixed relays in swimming and triathlon.

“The landscape is a little bit different heading into Tokyo,” Merklinger said. “It could be the medal-potential opportunities are spread over a broader number of sports.”

In the new sports of surfing, skateboarding and rock climbing, Vancouver’s Sean McColl is a contender in climbing.

Canada was once under-represented in traditional team sports at Summer Games, but five teams qualifying for Rio matched the previous high from the boycotted Summer Games of 1984.

The men’s volleyball and women’s basketball teams reached the quarterfinals, while the men’s field hockey team fell short of the medal round.

The return of women’s softball and men’s baseball to the Olympic program in 2020 means Canada could send the most teams ever to a Summer Games.

Sport Canada told OTP in 2010 to set aside $6-million annually specifically for summer-sport teams, so they would have base funding regardless of medal potential.

“It continues to deliver in spades,” Merklinger said. “It’s been stable funding and that allows sports to plan, prepare and execute.”

Merklinger says the 2020 team will have strong medal potential in swimming, athletics and cycling in Tokyo.

EIGHT CANADIANS TO WATCH IN TOKYO

ANDRE DE GRASSE, Track — The 24-year-old from Markham, Ont., captured three sprint medals in an entertaining battle with Jamaican superstar Usain Bolt. De Grasse was going to challenge Bolt for gold at the world championships a year later, but a hamstring injury before the meet forced him to withdraw. He re-injured the hamstring last summer and shelved his season. De Grasse has had a solid early season, running 9.99 seconds in the 100 metres and 19.91 in the 200. If he can stay healthy, he will be in the mix for more medals in Tokyo.

CHRISTINE SINCLAIR, Soccer — Expected to lead the women’s soccer team in a bid to medal at three straight Olympics after collecting bronze in London in 2012 and Rio de Janeiro in 2016. The 36-year-old from Burnaby, B.C., will want to erase the disappointment of the round-of-16 exit at this year’s World Cup in France. With 182 goals in 286 appearances for Canada, Sinclair is chasing retired American forward Abby Wambach’s world record of 184 international goals.

LAURENCE VINCENT-LAPOINTE, Canoe — When women’s sprint canoe sprint makes its Olympic debut in Tokyo, the 27-year-old from Trois-Rivières, Que., is the gold-medal favourite with a combined 11 world titles in both single and double events. She’s gunning to be the first Olympic gold medallist in the C1 and in the C2 with Katie Vincent.

BRENT LAKATOS, Wheelchair racing — Excelling in sprints and middle distances, the 39-year-old from Dorval, Que., is the reigning world champion in the 100, 200, 400 and 800 metres in the T53 classification. Lakatos collected four medals in Rio, including 100-metre gold. He holds world records in five distances.

SEAN MCCOLL, Climbing— Of the sports of surfing, rock climbing and skateboarding making their Olympic debut in Tokyo, Vancouver’s McColl is a climbing contender having won multiple international lead climbing, speed climbing, and bouldering events. The 31-year-old has appeared in the TV show American Ninja Warrior.

ROSIE MACLENNAN, Trampoline — If she can bounce back from her broken ankle this year, the trampoline star from King City, Ont., can be the first Canadian to win three consecutive Olympic gold medals in an individual event. MacLennan, 30, has overcome challenges before en route to victory as she recoverd from a concussion to win in Rio.

Medals for 2020 Olympics unveiled one year before the Games begin
Subscriber content
July 24, 2019 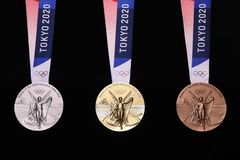 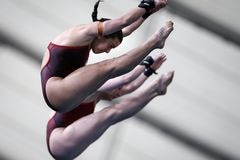 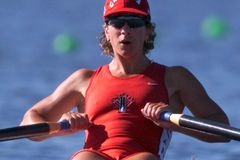