It is getting it from all sides these days, relentlessly, grievance after grievance.

The latest one is the World Anti-Doping Agency and the Russians. Those cheeky urine-swappers have been at it again. They’ve made proper fools of the doping cops.

WADA loves picking a fight, but expects the IOC to do all the punching. This week, it asked that Russia be put in Olympic jail again – no uniforms, no flag, no anthem, no dessert at the village canteen.

Why not skip the prelims and have the Russians compete in orange jumpsuits? Maybe they should only be allowed to participate in events in which they are being chased by other countries? That’s not only just; it’s also a pretty good Netflix pitch.

This may make some people feel better, but it isn’t much fun. Isn’t that what the IOC is always banging on about? That the Olympics is a “celebration” of sport.

It’s beginning to feel more like the night court of sport, where all the world’s problems are nodded at briefly in a front of a judge who couldn’t care less and can’t do anything about them anyway. In the end, everyone in the docket gets probation and heads out to do more crime.

If you don’t want Russia at the Olympics, don’t invite it. Or North Korea. Or Iran. Or China. Or anyone else who’s out there doing what nation states tend to do – ruthlessly advance their own interests. Eventually, every event will feature Luxembourg going head to head with the Solomon Islands.

The seventies resurgence isn’t just for paranoia and fashion. It’s for crushed-under-my-boot-heels political operating, too.

Should the IOC strip China of the Games? Should the rest of us boycott them? Only a few people are talking about it now – a former ambassador here, a rights group there. But that’s because most people understand you can only focus on one Olympic outrage at a time. Otherwise, it gets confusing.

For the next eight months, it’s Japan’s turn: “They moved the marathon? What in the name of all that is holy is going on over there? Will this madness never end?”

Or something like that. It’ll get better as people warm to the theme. Maybe the toilets will look funny or the computer system at the Tokyo airport will crash for an hour. Then we can all congratulate ourselves on knowing all along that giving the Olympics to the most put-together country on planet Earth was going to be a disaster.

Only after Japan has successfully carried off the 2020 spectacle will it be the proper time to start tearing out our hair over the 2022 version. That’s the Olympic cycle of chagrin.

Years ago, I was in a Berlin train station waiting on a ride to Frankfurt. The train was late, which does not go over well in Germany.

There was a single uniformed Deutsche Bahn employee standing on the platform. All the waiting passengers formed a neat line in order to yell at him one by one until the train arrived. There was something noble about the way he stood there absorbing the abuse, but it was mostly pathetic.

This guy didn’t make the schedules. He hadn’t turned off the conductor’s alarm clock that morning. He just happened to be the most visible target when someone else screwed up.

The IOC has become that German train schmuck. It is there for the world to yell at whenever anyone does something wrong.

That’s the IOC’s own fault. It turned the Olympics from a large track meet into a global self-improvement network. If you can’t stop yourself from talking about peace, unity and justice – while also making oodles of cash – people will eventually expect you to do something about those things.

The original Olympic charter was a couple of pages long and largely concerned procedural matters. The current one runs to 106 pages and talks in exalted terms about “universal fundamental ethical principles” and “the harmonious development of humankind.”

Whose “universal” principles exactly? And since when did humankind do anything harmoniously?

The Olympics were designed to occupy a space above the squabbles – righteous though they may be – that accompany global affairs.

Essentially, the Olympics exist so that once every couple of years, enemies can have fun together. That’s not going to solve anything, but it’s a useful exercise.

If we have now decided to import the world’s problems into the Games and wrangle with them there, the Olympics are no more meaningful than a world’s strongest man competition. They’re just another for-profit spectacle.

In seeking to justify its rapaciousness, the IOC created this problem. It appointed itself the world’s sports judge. Now everyone is constantly running to it for a ruling it is in no moral position to make, and in no practical position to enforce.

Solving this would be elementary. First, end the swanning around the world. Establish two permanent sites for the Games – Summer and Winter. That rids you of future dictatorship problems.

Second, give up on drug enforcement outside the three or so weeks of any Olympics. Test all you want during the Games, disqualify whoever’s dumb enough to get caught and move on once the tournament is over. Stop expecting participants to be chivalrous. Most will do so on their own. A few will always disappoint you.

Third, invite everyone, every time, no matter how dastardly the nations they represent. That’s the difficult brand of inclusiveness, and so the only one that matters.

But those tweaks would cost the IOC a lot of money and all its aristocratic executives their globe-trotting perks. So instead we will continue pretending the Olympics can solve our problems, when instead they only tend to highlight them. 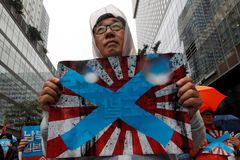 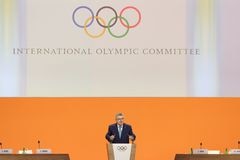 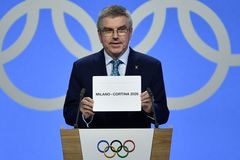