When the Olympics come to town, they leave big footprints: reshaping roads and transit and developing billions of dollars' worth of complex new buildings. Then everyone goes home, and many of those buildings go dark, never to be fully employed again.

This is the strange logic of the Olympics, both Summer and Winter, and for decades the Games have been leaving behind an ever-growing herd of white elephants. Montrealers have one; the people of Athens and Beijing have theirs, too – great beasts requiring constant care and feeding.

In the past decade, particularly with the London Games in 2012, a new insight has taken hold: If the event is temporary, why not make the building temporary as well? This captures the spirit of the moment.

Since the global economic downturn of 2009, architects and planners across the Western world have been embracing "pop-up" buildings, with temporary structures made of everything from shipping containers to, in the case of Japanese architect Shigeru Ban, recycled cardboard tubes.

In this context, the Olympics have set an interesting example. In London, organizers promised to make 2012 "the first sustainable Olympics and Paralympic Games." A strong focus on the post-Games state of the city guided the planning, and 26 of the 34 venues were designed to be temporary or, in the case of the main stadium, scaled back.

Yet those virtuous impulses come up against the appeal of grand, shiny landmarks. "It took a while for people to accept the idea of a temporary stadium," says architect Damian Lavelle, a principal of the global sports-design firm Populous, which is the dominant designer of large Olympic venues. "London came up at just the right time" to advance that idea, he says. "It is a global First World city, well stocked with facilities already."

But in Beijing, and likewise for the Winter Olympics in Sochi this year, the story is quite different.

Beijing's main Olympic stadium, dubbed the Bird's Nest, was commissioned as an icon for 21st-century China. At a cost of $423-million (U.S.), the complex design, by globally known Swiss architects Herzog and de Meuron and dissident Chinese artist Ai Weiwei, creates a tense tangle of steel structural beams. After the 2008 Games, tourists visited just to see the building, but their numbers are dropping and there are few reasons to go: Only rare events are able to fill its 91,000 seats. This is the problem of the white elephant, one that London largely sidestepped with venues that were designed to scale down or disappear. In Sochi, where the price tag of the Games is now estimated at $50-billion, the biggest venue – Fisht Olympic Stadium – is taking the opposite tack. It is designed to accommodate future World Cup soccer games, huge theatrical events and, even, to allow a Grand Prix auto racing circuit to pass through it. "In some cities, and in some countries, the idea of creating new, permanent venues is very powerful," Mr. Lavelle says.

For this year's Olympic host, planning for the future means building very big and very expensively.

For the 2000 Summer Olympics, Populous designed Sydney's main stadium – the first designed to step down in size after the Games, when a full-sized Olympic stadium would no longer be in demand. This approach was also adopted in London, where the Olympic Stadium was built with just 25,000 permanent seats. These were set into a concrete bowl in the ground, and augmented during the Games by a temporary steel structure that added another 55,000 seats. (These grandstands are being disassembled and the steel members will be resold.) The stadium's white-painted structure, which is visible on the outside, supported the lightweight fabric roof with just 10,000 tonnes of steel, about one-tenth the quantity employed at the Bird's Nest. The stadium is being converted to a multipurpose facility, with a capacity of about 54,000, that will house the West Ham soccer club.

Some of the most memorable scenes of the London Games included beach volleyball at Horse Guards Parade – a historic parade ground in the heart of official London that was being used for a major event six weeks before the Games. Populous designed a 15,000-seat stadium to fill this site, using temporary components that were disassembled and sent on to other events.

In London as at every Games, there was a demand for venues that would provide dramatic forms and materials, particularly on TV. The Aquatics Centre project was awarded to Zaha Hadid, the London-based architect who is among the A-list of designers who employ a personal vocabulary of forms and materials. In her case it is billowing, organic curves finished in light-coloured concrete and steel. For this project, her office designed a wave-like roof enclosing an open 160-metre-long hall with about 2,500 seats. At the sides, two temporary wings, made of steel and recyclable PVC, added 15,000 seats only for the Games. The facility is now slated to become a public aquatics centre.

Vladimir Putin's Russian government has clear aims to use the $50-billion Games to transform Sochi with new sports and recreation venues, and this, the main stadium, is the showpiece. (It was not finished for its August deadline, and Mr. Putin expressed his anger at the delays in a speech last month.)

Populous is once again the designer, and Mr. Lavelle, who is leading the project, says the opening and closing ceremonies will put the biggest demands on the facility. "The technical challenges that were posed by the President and the head of Channel One [the broadcaster in charge of the ceremonies] are constantly changing and constantly made more ambitious," he says. In the final version, the stadium has a solid roof, surfaced with translucent ETFE plastic, which holds an array of theatrical rigging. According to Mr. Lavelle, the roof and rigging alone contain more than 8,000 tonnes of steel (almost as much as the entire London stadium). Fourteen separate "trucks" can each support more than 30 tonnes of equipment and people.

After the Olympics, the stadium will be used during the 2018 World Cup of soccer, and also the planned 2014 Russian Grand Prix, but it is not clear in what other roles the stadium will serve. Nor is it clear whether the stadium's theatre apparatus will survive or be pulled down; according to Mr. Lavelle, that decision has not yet been made. "We can make this the largest multifunctional stadium in the world, with a roof where you can stage nearly anything," Mr. Lavelle argues, suggesting that Cirque du Soleil might become a regular presence there.

Plus, the roof and rigging cost more than $300-million to build. "In my mind that expense ought to be sweated a little bit," he says. In Sochi, it remains to be seen. 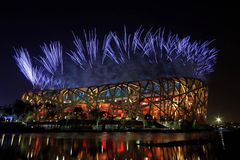 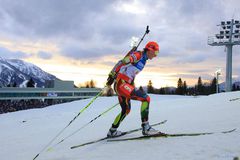 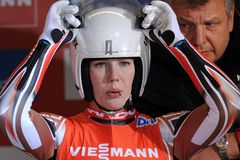