They, as a group, have won more Olympic gold for Canada than any other sport save hockey and athletics.

Perhaps fittingly, then, it will be Canada's rowing crew – seven boats and at least four strong medal contenders – that could well kick-start the 2012 Olympic effort with a flurry of medals starting Wednesday.

The goal of the Canadian Olympic Committee is to finish among the top 12 countries, and that will hinge on another big year for the rowers, who have produced a whopping 20 per cent of Canada's medal haul in Summer Games since winning four golds in 1992 in Barcelona.

Only Germany and Australia have taken home more medals in the sport in that time.

Canada's success on the water has also begun to build on itself, with the sport attracting more new blood with every smiling face on the podium every four years.

"The thing I've noticed the most after Beijing was in the increase in kids rowing at the local club," said David Calder, who won silver with partner Scott Frandsen in the coxless pairs for one of four Canadian rowing medals in 2008. "I think it had a really big impact."

"That's just something we can continue to push for here," she said. "I know that people who don't watch rowing normally, now really enjoy watching the Olympics for rowing."

Canada's medals at the Summer Olympics by sport

Rowing has become a big part of Canada's effort at the Games, with 20 per cent of its medals in the last 20 years and nearly 15 per cent all time. Combined with canoeing, kayaking and sailing, more than 26 per cent of the country's Summer medals have come in the boating events

Calder and Frandsen's second-place finish was Canada's first medal of the Games four years ago, but the rowers are unlikely to get that initial podium in London given the first rowing medals won't be handed out until the middle of next week.

What is entirely possible, however, is a slew of three or more medals in rowing in a span of two or three days.

Heats in all of the rowing events begin over the first few days, with three Canadian boats in the men's eight, men's double sculls and Calder-Frandsen kicking things off Saturday.

The women's eight and both the men's and women's lightweight double sculls will race Sunday followed by the men's fours on Monday.

"We've got a really good, young, strong team," Frandsen said. "Lots of crews are going well right now. I think we're in a good position to do well, but these next few days will be telling."

Of the seven Canadian boats that qualified in 14 rowing events, it's the two eights that will attract much of the attention.

The men have a young team with only three returnees from the group that won gold in Beijing, while the women are ranked second in the world and anxious to land on the podium after a heartbreaking fourth-place finish four years ago.

The women's team is coming off back-to-back silver medals at the world championships, but hasn't won an Olympic medal since taking three in a row between 1992 and 2000. Their top competition will be the United States, a crew that hasn't lost in years and is favoured to defend its gold from 2008.

"I think everyone's beatable," Vancouver's Darcy Marquardt said after the team's training session Thursday at Eton Dorney. "It'll come down to who wants it and who's the best prepared on the day."

One advantage Canada's rowers will have this time around will come from the Own The Podium funding program (now branded Road to Excellence), which has carried over from the Winter Olympics in Vancouver two years ago to help summer athletes.

Calder said the difference between the support he received as an Olympian even four years ago pales in comparison to the resources the team has in London, pointing out all the world-class training and recovery options they've had leading into 2012.

If the rowers again finish the Games as the country's medal leaders, that extra funding could be a big reason why they stay on top.

"Own The Podium has been unbelievable for us in terms of our program needs," Calder said. "I can't tell you looking back at my four Olympics how different this experience has been."

Olympic opening ceremony: London welcomes the world
July 26, 2012
My brother is competing in the Olympics
July 26, 2012 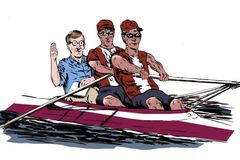 Brown goes from the gridiron to the men’s eight bound for London
July 21, 2012 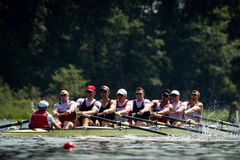 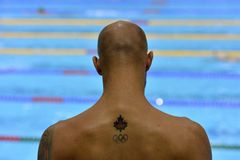 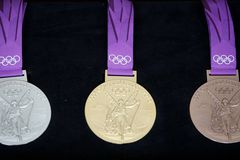 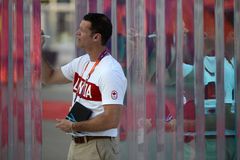