The losing streak continues for Kevin Koe's curling rink at the Winter Olympics.

The Calgary skip lost his third straight game Monday, a 9-7 decision against the U.S. in extra ends.

The loss drops Canada's record to 4-3, but still has Koe in a playoff position. He's tied for third with Britain.

The top four make the semifinals.

On the women's side, Rachel Homan pulled her rink into playoff contention with an 8-3 win over Japan.

The Canadians have won three straight after beginning the tournament with three losses.

"We had to let go of the past and focus on the present, one game and one shot at the time," said Homan of the turnaround. "Stay in the moment, but still enjoying our time here and our experience as Olympians. I'm really proud that we're here representing Canada and we're going to give it our all and leave it out there.

"If it's good enough, awesome, and we can't wait to hopefully make playoff. If it's not good enough, the team comes out that plays better than us deserves to win."

Homan stole four in the fifth end to take a 6-1 lead over Satsuki Fujisawa's rink.

Japan came back with a deuce in the next end but Homan's two points in the seventh led to Fujisawa offering handshakes and conceding defeat.

The win put Canada into a tie for fourth with China and Britain at 3-3.

Canada plays China on Tuesday and Britain on Wednesday to close out the round-robin portion of the event.

Canada won both men's and women's gold at the Sochi Games four years ago. 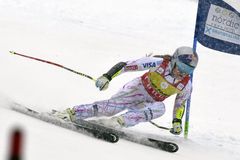 Russian athlete who won bronze in mixed-doubles curling leaves Winter Olympics amid doping probe
February 19, 2018
Report an error
Due to technical reasons, we have temporarily removed commenting from our articles. We hope to have this fixed soon. Thank you for your patience. If you are looking to give feedback on our new site, please send it along to feedback@globeandmail.com. If you want to write a letter to the editor, please forward to letters@globeandmail.com.
Comments are closed