Kia Nurse, in only her fifth game back since abdominal surgery, poured in 25 points, while Miah-Marie Langlois drilled a big three-pointer with five seconds left — her only points of the game — and the Canadians roared back from an 18-point deficit to beat Serbia 71-67 at the Rio Olympics.

And now Canada is 2-0 for the first time in Olympic history.

"To beat the European champions from last year is massive," said Canada's head coach Lisa Thomaidis. "Throw in the fact we did it at the Olympics Games and it's huge for us.

"Really proud of this team."

The Canadians trailed for the better part of the final three quarters and had dug themselves an 18-point hole midway through the third.

But the team buckled down on the defensive end and made some huge plays down the stretch. Nurse, a 20-year-old from Hamilton, produce a fabulous finish that was reminiscent of her performance at last summer's Pan American Games.

"I just said (to Nurse) after the game 'Welcome back,"' Thomaidis said. "Tremendous effort. She's such a competitor, there's no one tougher out there."

Two days after a 90-68 thumping of China, Canada raced out to an early eight-point lead before a pro-Canadian crowd at Youth Arena. But Serbia, which is also a team on the rise after capturing its first EuroBasket title last year, had tied it 21-21 to end the first quarter, and led 40-32 at halftime.

Trailing 57-45 to start the fourth, Canada held Serbia to just 15 points over the final 15-and-a-half minutes and came up big on the offensive end.

A string of thrilling plays had the crowd chanting "Ca-na-da!" as Gaucher, a 32-year-old veteran from Mission, B.C., drilled a three with just over a minute to play. Then Toronto's Raincock-Ekunwe was fouled on a basket, and converted the three-point play.

Langlois, from Windsor, Ont., clinched the victory with the clock ticking down, as Nurse found her open in the corner for her dagger three.

"I made the shot and I was thinking 'Man, I gotta go back on defence,"' Langlois said with a laugh. "But then the buzzer went off and I look over at Kia, and Kia's already screaming, everyone's jumping up and down."

The victory all but paved Canada's way to the quarter-finals. The top four from of the two six-team pools advance.

The Serbs lost their first game 65-59 to Spain.

"It was just a complete team effort and I think after the first half we sat down and said 'Let's get it done on the defensive end,"' Nurse said. "And that's what we did, came down with some boards and got out in transition and made them run and executed extremely well in the second half."

The Canadians, who are gunning for what would be a first-ever Olympic medal, have produced one solid performance after another, starting with a fifth-place finish at the 2014 world championships.

They captured an historic first-ever gold at the Pan American Games last summer in Toronto, then won the FIBA Americas Olympic qualifying tournament in Edmonton a couple weeks later.

Each win fuelled their fight, every milestone added to their confidence.

Monday's game was different in that the Canadians have rarely found themselves down double digits to a team other than the Americans. Good thing they'd practised for such scenarios.

"Leading up to this tournament, we practised down eight, down 10, down four with a couple of minutes left. So we know how to handle the situation," Langlois said.

Canada is also the deepest its ever been, and so Thomaidis has countless options at her disposal. Monday, she went with a small lineup down the stretch, and it paid off.

Next up for Canada is Senegal on Wednesday. The United States and Spain are the other team's in Canada's group.

"Raincock-Ekunwe believes having such a tough test early in the tournament will serve them well.

I'm really happy that we had to fight our way out of a pit," she said. "I think that will really benefit us later in the tournament when we have even harder competition."

Canada's roster here is identical to the one that won Pan Am gold and also includes seven players from the 2012 London Olympic squad that reached the quarter-finals.

Serbia, which has two WNBA players in Sonja Petrovic (Phoenix Mercury) and Ana Dabovic (Los Angeles Sparks) is making its Olympic debut after failing to qualify for the previous five Games. Serbia was the second squad behind the United States to claim an Olympic berth.

The former Yugoslavia team won silver at the 1988 Olympics.

Canada's top Olympic finish was fourth at the 1984 Games in Los Angeles.

Kelly: Canadian women’s basketball team could teach men’s side a thing or two about sacrifice
August 6, 2016 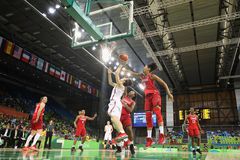 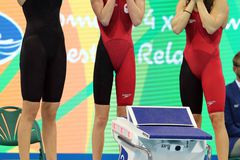 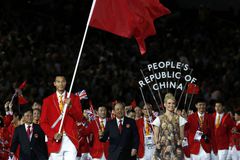