The story sounds so implausible and so Canadian, it barely passes as truth.

Boy grows up in the shadow of Olympians – a grandfather, father and two uncles – dreaming and hoping he'll get there, too, in the very Canadian discipline of paddling a canoe down a stream.

Boy turns into young man who, at his second Olympics, takes with him the paddle his grandfather used 64 years earlier to compete, in the same city, in the Games.

Then, he wins the medal the family has been waiting nine Olympic appearances, and since the late 1940s, for.

That is Mark Oldershaw's unbelievable tale in a nutshell – at least how it'll be told from now on.

"Everything's led up to this," Oldershaw explained, moments after taking bronze in Wednesday's C-1 1,000-metres final. "I mean, I've been dreaming of this since I was a little kid. Every birthday blowing out the candles. Every shooting star. Every eyelash has been dreaming of getting on this podium."

The Oldershaws were long ago anointed as paddling's first family in this country – something that began with Mark's grandfather, Bert, whose three Olympic appearances in a row (London, Helsinki and Melbourne) eventually put him into the Canadian Olympic Hall of Fame.

Three sons followed, competing in Munich, Montreal and Los Angeles, but like their father, they returned to Burlington, Ont., empty-handed.

For longest time after, the continuation of that Olympic tradition was in doubt.

Nine years ago, when Oldershaw was one of the top juniors in the world, he developed painful tumours in his hand that threatened his canoeing career. The issue was so serious it prevented him from living a normal life, let alone paddle at an elite level.

"He spent a year where he probably didn't sleep more than 30 minutes at a time," his father and coach, Scott, recalled, "because as soon as he moved he would wake up in pain. We didn't even realize at the time how bad it was."

With help from his brother, Oldershaw rigged up a system where he could attach a paddle to his wrist, allowing him to compete without using his top hand.

This awkward contraption was how he attempted to carry on the family legacy – and to his father's amazement, it nearly worked. But he finished fourth and, at 21, wasn't unable to qualify for the 2004 Athens Olympics.

So Oldershaw stayed home and watched as life-long friend and training partner Adam van Koeverden took home a gold and bronze and became the hero of those Games.

Then, came the surgeries, which finally brought some relief, and eventually, Oldershaw qualified for Beijing in 2008, where he was quickly eliminated in the semi-finals.

Four years later, he was even more determined to finally hit the podium, doing so with his father, uncles and van Koeverden – who had just won a silver medal of his own – all watching.

"I'm going to wear it for a while," Oldershaw said of his bronze.

The man who had started this long journey in motion couldn't be there. Bert Oldershaw died six years ago at 84, never having seen his grandson compete in a Games.

The impact he had on this Olympian, however, was obvious Wednesday, as Mark Oldershaw talked about the 1948 paddle he had hung in his room at the Games and the man who had given it to him as a boy.

"He was a great guy, and it wasn't just because of his canoeing," he said. "That was something he did when he was young. He was such a character – great to talk to and tell stories and that's why we all loved him."

It is a quintessentially Canadian story, one with a perfect, happy ending and a remarkable young man in the middle of it all.

One more example? Even as he was being feted for ending his family's 64-year medal drought, Oldershaw was hoping mostly he had inspired others to join the sport.

"I hope it grows," he said excitedly. "Canoeing is so Canadian. I'm so proud to canoe for Canada because it's such a Canadian thing to do. People canoe all over Canada. And canoe clubs are a great place to take your kids if you don't know what to do with them in the summer. I encourage everyone to come down to the canoe club."

It's good advice, if you think about it. Where else, after all, could they meet someone like Mark Oldershaw? A Canadian who had a dream, persevered and came out the other side a kind, decent soul with a medal around his neck.

Too good to be true? Maybe.

But then there it is. 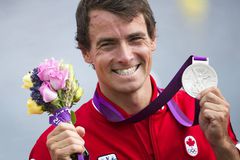 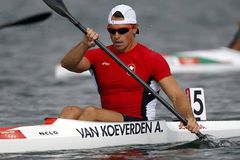 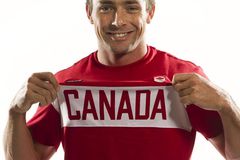