As Team Canada prepares for a do-or-die Olympic quarterfinal against Finland on Wednesday, it knows opportunity is knocking.

Devoid of current NHL talent, the Canadian team is filled with players who have had to take the less-travelled hockey road. Like his entire roster, head coach Willie Desjardins was deemed surplus to requirements in the NHL when he was fired by the Vancouver Canucks last April.

It has made for a blue-collar squad looking to take advantage of an unexpected appearance on the Olympic stage.

"Every game you play, it's an opportunity for somebody to do something great," said captain Chris Kelly. "That's the whole Olympic feeling. It's a great atmosphere, it's a great environment."

It's like the Canadians handed in their ticket at valet parking and were given the keys to a Porsche instead of their mini-van. They want to make the most of their change in fortunes.

Asked what his message to his players was ahead of the quarterfinal, Desjardins was upbeat.

"My message is I'm proud of the way they've played," he said. "I think they've played hard ... I'm happy with the way the group's played. But now it doesn't matter. Now it's only the one game that counts."

The Hockey Canada party line at the tournament has been nothing but positive, albeit it with the caveat that the team has to raise its game in the playoff rounds. Other observers have been less enamoured by the on-ice product.

But while Canada looked unconvincing at times against underdog Korea and showed both good and bad in a 5-1 win over Switzerland and a 3-2 shootout loss to the Czechs, it still collected seven points out of a possible nine.

The Canadians ranked first in power-play efficiency in the preliminary round, with a 45.5 per cent success rate (five of 11), and fourth on the penalty kill (87.50 per cent). Only Switzerland and Slovenia gave up fewer penalties than the Canadians.

Canada tied with Sweden with a plus-seven goal difference, second only to the Russian entry (plus nine). And the Canadians, who finished runner-up to the Czechs in Group A, have yet to trail in regulation time.

"The longer we play together, the better chance we have of being good," said Desjardins in a zen-like moment.

The Canadian men are 42-14-2 against the Finns in Olympic and world championship play.

The Finns, ranked fifth among the 12 teams after the preliminary round, were second to Sweden in Group C after beating Germany 5-2 and Norway 5-1 before losing 3-1 to the Swedes. The Koreans ranked 12th after losing their first three Olympic games.

In the other quarterfinals, it will be the Czech Republic versus the U.S., the Russian entry versus Norway, and Sweden versus Germany.

The Germans upset Switzerland 2-1 in overtime while Norway edged Slovenia 2-1 in play Tuesday.

Should Canada advance to the semifinals, it will play the winner of Sweden's quarterfinal.

On Tuesday after an off day — and some critical columns back home about his demeanour — Desjardins appeared looser when he met reporters.

"When your team's playing well, you get to enjoy it a little bit more," he said. "They've been good so far."

The stakes will be high Wednesday, he allowed when asked to rate the Olympic quarterfinal in his career.

"Well right now it's got to be the biggest (game)," said Desjardins. "Like it just has to be. There's nothing else when you come down to this.

"But I've had lots of Game 7s and you've just got to treat it like a Game 7. It's business as usual. You've got to be ready and we play hard."

Both Canada and Finland scored 11 goals in their first three games but it took the Canadians 110 shots on goals to do it, compared to just 69 for Finland.

Eeli Tolvanen, a first-round pick (30th overall) of the Nashville Predators in 2017, led the Finns with three goals and three assists in the preliminary round. The teenage forward has 17 goals and 17 assists in 47 games this season for Jokerit, breaking Evgeny Kuznetsov's KHL record for most KHL points by an 18-year-old.

Kemppainen saw action in 44 games with the Boston Bruins in 2015-16. Lepisto was drafted in the third round (66th overall) in 2004 by the Capitals and played 176 NHL games for Washington, Phoenix, Columbus and Chicago.

Finland's 25-man roster draws on 11 from Finnish teams, 11 from the KHL, two from Switzerland and one from Sweden. 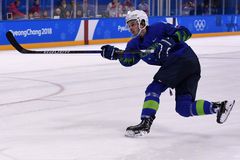 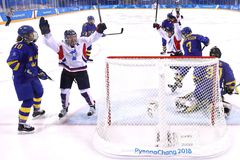 Canada, U.S. are powerhouses of Olympic women’s hockey. Is parity on the way?
February 19, 2018 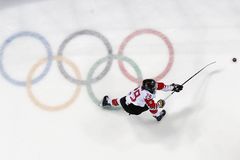