The reviews are in and they're overwhelmingly positive.

Boosted by co-operative weather and few logistical, food and travel issues, several prominent Canadian athletes gave a big thumbs up to the London Games as the Olympics came to a close Sunday.

"It's been perfect," said Canadian soccer star Christine Sinclair. "No issues, the people are so friendly, everything has been so organized. It's been tremendous."

Sinclair was named Canadian flag-bearer after guiding the national women's team to a bronze medal. She also competed for Canada at the 2008 Games in Beijing.

The intense humidity, heat and smog that were a constant in China four years ago were not a problem in England. There were some showers from time to time but the fears that this would be one of the soggiest Games in history were not realized.

Athletes raved about the location of the Olympic Village, which was close to a large shopping mall, Olympic Park and several of the venues. Language, cultural differences and unfamiliar food were much less challenging compared to some of the hurdles in Beijing and at the Athens Games in 2004.

Kayaker Adam van Koeverden, who took the silver in the K-1 1,000 metres, has won medals at the last three Olympics. He said the 2012 Games were "fantastic."

"My eyes were wide open the whole time," he said. "I was just taking it all in. I'm very cognizant of the fact there are fewer great races ahead of me than there are behind me. I'm just looking forward to every single one. I want to soak them all in.

His teammate, Ryan Cochrane, competed with Hugues Fournel in the K-2 200 and K-2 1,000 metres. Cochrane wasn't sure what to expect at the start of his first Games.

"It's just another race when you're here but everything else is kind of overwhelming — in a good way, most definitely," he said. "We're happy we were here and we're proud to represent our country.

"And I couldn't be more proud to be Canadian, that's for sure."

Thousands of volunteers were needed to help pull the Games off. They were out in force on a daily basis throughout the city to make things easier for spectators, media and athletes.

"Everywhere you go there's someone there to help you find your way around, get on your train, get off the train, find directions wherever you want to go and they're super-friendly as well," said CanoeKayak Canada commodore Peter Giles, who competed in Atlanta in 1996 and was assistant chef de mission in Beijing.

The weather was usually quite comfortable in the city. Temperatures were often in the mid-20s and the sun was out more often than storm clouds.

"I think we got the weather that we were hoping for," van Koeverden said. "That was always a concern because it can feel like October here in August sometimes."

It can often be challenging to absorb everything the Olympics has to offer, especially in a massive city like London.

"I've been able to experience it in a different way this time," said bronze medallist Carol Huynh, who won wrestling gold in 2008. "Beijing I was very much in my own world and everything was so new and novel to me and I really soaked that in.

"I think this time I was able to make sure that I was paying attention to how everyone else was experiencing it too."

Many athletes raved of the team culture that existed in the Olympic Village and at Canada Olympic House, which was home to medal celebrations throughout the Games.

"As an experience on its own, it has been wonderful," said triathlete Simon Whitfield, who competed in his fourth Games. "London has done an incredible job. I had a huge disappointment in my race but every other moment has been amazing in London.

"The camaraderie, the teamwork, the people, the messages. It's been fantastic." 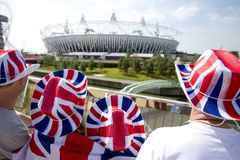 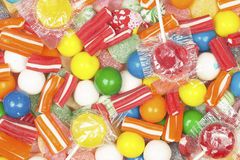 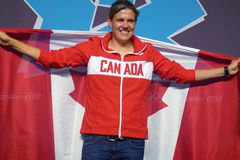