Canada has received a decent draw for the Olympic women's soccer tournament, grouped with Germany, Australia and Zimbabwe.

The Canadian women are ranked 10th in the world while Germany is No. 2, Australia No. 5 and Zimbabwe No. 95.

Placed in Group F via Thursday's draw at the historic Maracana stadium in Rio de Janeiro, Canada will play its first two games in Sao Paulo — against Australia on Aug. 3 and Zimbabwe on Aug. 6 — before shifting to Brasilia for its first-round finale against Germany on Aug. 9.

Host Brazil, ranked eighth, is in Group E with No. 6 Sweden, No. 12 China and No. 54 South Africa. The defending Olympic champion and top-ranked Americans are in Group G with No. 3 France, No. 16 New Zealand, and No. 24 Colombia.

The top two teams in each group, plus the two best third-place teams advance to the quarter-finals.

"I was pleased with the draw," Canadian coach John Herdman told The Canadian Press. "It threw up two good things — one, the travel time's limited in Brazil around the group stage and the route to the final ... And then the next thing is we managed to avoid a team like Colombia who we know was going to really be one of those real tough opponents.

"With Germany, Australia and Zimbabwe, we've got a tough group but it's definitely an exciting one for us."

Should Canada finish second in its group, it will play the runner-up in Group E in the quarter-finals. The Group F winner arguably gets a tougher assignment — against the Group G runner-up which could be France. Those two quarter-final winners would face off in the semifinals.

The other two group winners will face third-place teams in the quarter-finals.

Herdman said Canada cannot afford to be fancy about where it finishes. The approach has to be simple.

"Winning as many games as you can and making sure you get out of the group. That's the plan ... We'll have to be at our best every game to make sure we progress. And that's the way it always been for us, at every Olympics."

Canada won bronze four years ago in London. The Americans have won the last three Olympic tournaments and four of the five to date.

The draw was somewhere in the middle for Canada, which knew it would avoid the Americans in the pool phase given teams from the same confederation are traditionally kept part.

Brazil would likely have been a more preferable seeded team to face than Germany. But being drawn with the hosts ran the risk of also facing the talented French. It also would have meant playing the first two games in Rio with the players in the Olympic Village rather than Herdman's preferred hotel "FIFA-bubble" atmosphere.

But both Australia and Zimbabwe made waves in qualifying. Australia defeated 2012 Olympic silver medallist Japan 3-1 while Zimbabawe beat No. 46 Cameroon, advancing on the away goals rule after the two-match series ended 2-2 on aggregate. Cameroon reached the round of 16 at last summer's World Cup in Canada, beating Ecuador and Switzerland before being ousted by China.

Australia beat Nigeria and Brazil and tied Sweden at the World Cup before exiting at the hands of Japan in the quarter-finals.

Prior to Thursday, Herdman had called it "a scary draw" citing the improvement worldwide in the women's game.

Group G has the best average FIFA ranking at 11, compared to 20 for Group E and 28 for Canada's Group F. But take away the lowest-ranked team in each group and the average of Canada's pool is 5.7 compared to 6.7 got Group G and 8.7 for Group E.

Canada has never faced Zimbabwe. The Mighty Warriors will be making their Olympic soccer debut.

Herdman is happy to play in Sao Paulo, one hour by air from Rio and home to Corinthians Arena, home of Corinthians Football Club.

"You're going to a real football city ... I'm sure the girls are going to love it," he said.

The Canadians have some experience in Brasilia, having spent a month there for a tournament in December 2013. Canada, fielding a 15-year-old Jessie Fleming and 18-year-old Kadeisha Buchanan, beat Scotland 1-0 to finish third at the Torneio Internacional de Futebol Feminino. Brasilia is a 90-minute flight from Rio.

Canada will host Brazil in pair of friendlies June 4 in Toronto and June 7 in Ottawa. More prep games will be scheduled.

"The reality now is to trying to fix up good games prior to the event ... To make sure that we get the type of games we need with the opponents we have in our group stage," said Herdman.

Herdman missed Thursday's draw because he was holding a Canadian camp for top prospects. Assistant coach Simon Eaddy was in Rio. 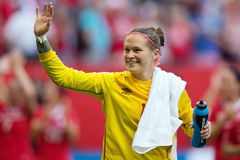 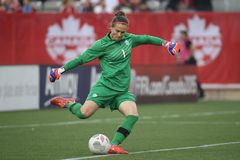 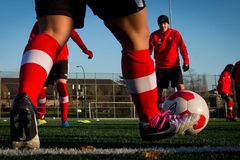