She loves to race, loves winning, enjoys the travel, and gets a kick out of being around like-minded people.

But what the veteran coxswain with Canada's women's eight rowing crew really emphasizes ahead of her eighth Olympics is that at 56 years old she still has room to grow.

"I feel like I'm still learning and improving," Thompson-Willie said in an interview last month prior to departing for Rio. "It's just such a privilege to work in an environment of excellence. There's buy-in, there's support, there's innovation.

"It really is addictive."

The oldest member of Canada's 300-plus member contingent in Brazil, Thompson-Willie will tie the record for the most appearances by a female athlete at the Olympics when she suits up for Monday's heats in the women's eight at Lagoa Stadium.

And while she claims to have not seen it all in her sport, the London, Ont., product has to be getting close.

"It's hard for us to comprehend because she was competing at Olympic Games before everybody in the boat was born," said 29-year-old Canadian teammate Cristy Nurse. "That's a pretty incredible feat. When you do stop and think about it, you realize the wealth of experience she has and what she has to offer."

Thompson-Willie, who turns 57 next month, made her Olympic debut in 1984 in Los Angeles and participated at the next four Summer Games until retiring after Sydney 2000. She moved into coaching, but returned to her familiar role as the coxswain for the women's eight in 2008, 2012 and now 2016.

"She brings a lot of wisdom," said Nurse, a native of Georgetown, Ont., and an alternate in London four years ago. "There's probably not a race plan that she hasn't executed, a hiccup that she hasn't seen and dealt with."

In Brazil, Thompson-Willie will be joined on a relatively inexperienced boat that has just two of the eight returnees from the crew that won silver in 2012.

"She just has a huge amount of confidence in what she can do, and because of that, the athletes have a lot of confidence in her," said Rowing Canada high performance director Peter Cookson. "If anyone can help getting that boat back on the podium, it will be Lesley."

Thompson-Willie owns five Olympic medals, including a gold in the eight from 1992, and is the crew's rock after a wobbly stretch leading into the first-ever Games held in South America.

Canada's women's eight was second at the 2014 world championships, dropped down to third in 2015, and finished off the podium in fourth at the final World Cup tune-up in May, nearly seven seconds back of third place.

As a result, Rowing Canada shook things up by adding 19-year-old Caileigh Filmer of Victoria from the women's pairs and bumping a veteran to an alternate role.

"We've had a really great year of training with some sub-par performances racing-wise compared to what we've been used to," said Thompson-Willie. "I think we feel like we're in a good place. We're going to go out there and lay down a competitive race. Where that places us, who knows?

"The field just keeps getting tighter and tighter. We don't want to be outcome-focused. We want execute what we know we can."

Filmer said Thompson-Willie, who quarterbacks the crew and calls the race plan from the stern during the 2,000-metre event, has been instrumental in helping her integrate on short notice.

"Lesley has been absolutely phenomenal support," said Filmer. "She's extremely helpful in my technical development and has an incredible eye."

Susanne Grainger of London, Ont., Natalie Mastracci of Thorold, Ont., Lisa Roman of Langley, B.C., Christine Roper, a native of Jamaica who now makes her home in Canada, Antje von Seydlitz of Smithers, B.C., and Lauren Wilkinson of North Vancouver, B.C., make up the rest of the boat for Rio, one that remains among the program's best chances at a medal.

And while Thompson-Willie doesn't want it to be a distraction as the group works towards its goal, she also knows this is almost assuredly her final Olympics — this time for good.

"I'm not going to say I'm going to be retiring ... but probably," she said with a laugh. "You're not thinking as an individual right now about anything. You're not thinking: 'Is the person in four seat coming back for another quadrennial? Is your coxswain retiring?'

"All you're thinking about is: 'What do we need to do to go faster?"' 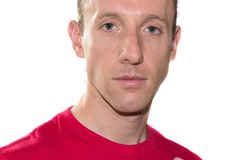 Flipping the bird before race a father-son ritual for Canadian swimmer
August 4, 2016 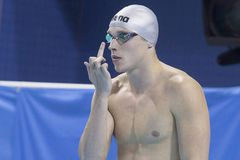 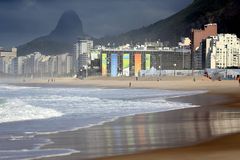