The talk heading into the Olympic rowing races at the Rodrigo de Freitas lagoon in Rio was all about pollution and water quality in the postcard-perfect venue. As the event ended on Saturday, the dominant theme was the whiff of disappointment permeating Canada's performance.

Canada brought home a single medal in what is traditionally a stalwart Olympic sport for the country, prompting officials to promise a review of the rowing program ahead of the Tokyo Games in 2020.

The soul-searching began after the poor showing by the women's eight in the closing day of Olympic regatta. The Canadian boat powered to an early lead, outpacing the dominant U.S. team, only to sputter to a fifth-place finish.

In the aftermath, Canadian rowing officials offered a frank assessment of the country's showing, where the medal haul was limited to a silver win by Lindsay Jennerich and Patricia Obee in women's lightweight double. In other events, Canadians failed to even qualify for finals.

"Clearly this was not a good event for us in terms of our performance. There's no hiding from that," said Peter Cookson, Rowing Canada's high-performance director.

"We didn't meet our expectations as a team, we didn't perform the way we wanted to, and I think all the athletes are disappointed in their performances – they are certainly accountable just like all of us are, and I think they feel they are better than what they showed."

He said that athletes believed, entering the Games, that they were destined for the podium.

Canadian rowers have brought in medals through several Olympics and produced names that have entered the pantheon of Canadian sport, like Marnie McBean, Kathleen Heddle and Silken Laumann. In London, Canada won two silvers.

The Canadian women's eight in Rio hoped to nab another podium spot coming off their silver-medal win in London. It would have converted into a record sixth medal for coxswain Lesley Thompson-Willie and made her Canada's most decorated summer Olympian.

They had a promising start and surged out of the blocks to first position, staying out in front at the halfway mark only to fall progressively back and never recover.

The U.S., which was the heavy favourite, took home its third successive Olympic gold in the event. Great Britain claimed silver to win its first medal in the women's eight, and Romania won the bronze.

"They came out gutsy," Cookson said about the Canadian women. "They just couldn't hold off in a very quick field."

"You look at that field and it was tight," said Cookson. "We ended up on the wrong side of tight and we have to be a program that's on the right side of tight."

"There was nothing left in the tank for us when we crossed … nobody could even say anything because they were completely spent. That was a race that our entire crew can be proud of, and it was a fight all the way through," she said.

"We went out with a goal at the beginning of being brave and not having any regrets by the end of the race, and we took the first two 500 metres as bravely as we could," she said.

Their shortfall was not unique for Canada. The men's four in Rio finished sixth, the men's quad failed to qualify for the final, and single sculler Carling Zeeman of Cambridge, Ont., finished fourth in her women's single sculls semi-final and missed a chance to advance.

Among the issues that have stirred discussion in Rio is the decision after London to axe the successful men's eight in favor of smaller boats, which failed to perform well.

Rowing Canada is now focusing on Tokyo in 2020, Cookson said.

"We're going to do a full assessment of our program," he said. "I think we need to do a complete evaluation of the last week."

Penny Oleksiak’s success in the pool inspires her Toronto peers 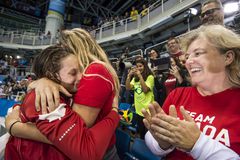 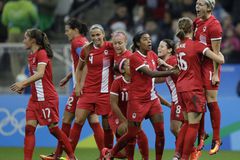 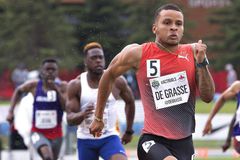