Canadian medal hopeful Mark McMorris took a swipe at snowboard slopestyle judges on Thursday, calling their scoring "ridiculous" after he failed to automatically qualify for the final.

But he was more diplomatic than teammates who continue to criticize American boarder Shaun White, who quit the challenging event to focus on the snowboard half-pipe, which he has won at the past two Olympics.

McMorris is one of the top snowboarders in the world and has been a dominant force in slopestyle, which is making its Olympic debut. He didn't crack the top four in his qualifying heat on Thursday, which would have put him into Saturday night's final.

McMorris, 20, fell during his first run Thursday but felt he had done enough on his second run to make the top four in his heat, which he needed in order to qualify. Instead he placed seventh.

"It sucks when you fall but to land a really good run that you're really proud of and with one of the only legitimate triple corks of the day and not even come close, that's pretty ridiculous. But it's a judged sport, what can you do?" he said.

He said he felt certain he'd qualified after he finished and felt disappointed when he saw the final score of 89.25. "I was bummed because I really had no thought in my mind that I wasn't in there. I thought for sure I was going to be through. So it's kind of like a shock to the heart."

McMorris said he was still feeling the effects of a broken rib he suffered during the recent X Games. He said it particularly hurts during hard landings. But he said "I'm hurting mentally right now more than anything."

Parrot had two solid runs Thursday and posted the highest score of the day at 97.5, making him now the favourite to win the gold.

"I think it is my best score ever," he said. "The course is really good – it's perfect."

Parrot and Toutant also didn't back down on comments they made about American superstar Shaun White who pulled out of the slopestyle on Wednesday, citing safety concerns and a desire to focus on the snowboard half pipe, which he has won at the past two Olympics.

The Canadians took to Twitter to slam White's decision. "Mr. White … It's easy to find excuses to pull out of a contest when you think you can't win," Toutant tweeted Wednesday. "Shaun knows he won't be able to win the slopes, that's why he pulled out. He's scared!" tweeted Mr. Parrot.

Both stood by their tweets on Thursday.

"All I was saying was just that he decided a couple of months ago that he was going to do slopestyle and half pipe and he knew that there was going to be risk here and a lot of risk in the pipe. And to take an American spot, to just not do it, I think it's bad," Toutant said. "One other guy could have been here competing right now."

Parrot said he had been looking forward to competing against White and that the gold medal could now be somewhat tainted. "Even if I get the gold … people are going to say, 'well, Shaun White could have beaten you' and I will be really mad about that."

He said he understood White's decision to go for a third-straight win in half pipe, but added: "I'm very disappointed. It has been a couple of contests in a row that he is pulling out [of] at the last minute. And I would just really like to compete against him."

McMorris, who has been the American's biggest rival, took a more diplomatic stand on Thursday.

"I'm sure it wasn't what [White] necessarily wanted to do. He spent almost four years practicing and working his butt off to get here," he said. "I don't think it was an easy decision at all." 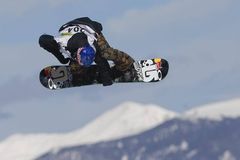 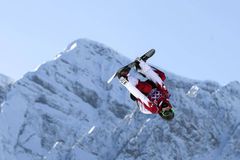 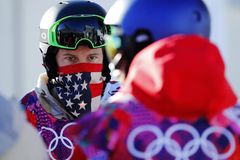 Russia’s answer to Whistler is between resort town and ghost town
February 5, 2014 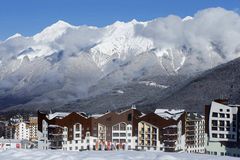