This was not what Rowing Canada had envisioned for these Olympics: Two silver medals, only three boats in the finals, and, Friday morning, watching the men's pairs 2008 silver medalists come in last – almost 14-seconds-behind-the-leader last.

That certainly wasn't the expectation for David Calder and Scott Frandsen.

They should have been up among the contenders, oaring it out for a silver or bronze medal. Instead, the New Zealand duo of Eric Murray and Hamish Bond blew up the competition and easily won the gold, leaving Rowing Canada officials picking through the pieces of a humbling finale.

Peter Cookson, Rowing Canada's high-performance director, acknowledged the disappointments but carefully noted: "I think what I am proud of is that we're finished our A finals now, and we had 16 athletes, excluding the coxes, on the podium. Or 18 if you include the coxies.

"That's a lot for any sport. That's the first time since 1992 that we've had two eights [teams] on the podium. I think that's a real major accomplishment for the team," he said. "And in Beijing, in 2008, we had also 16 athletes on the podium. We've matched it again."

The men's and women's eight boats did as well as they could this week against unbeaten rivals from Germany and the United States. But world silver medalists Lindsay Jennerich and Patricia Obee didn't advance beyond the semi-finals of the lightweight double sculls, while Calder and Frandsen struggled in their semi-final, barely qualifying for a row at the medals.

Overall, it was a drop from Beijing, where the count was five boats in the final and four medals, including one gold.

Asked what went wrong in his race Friday, the introspective Calder wasn't sure. He and his partner had trained well, their preparations were good. Sure, they had to change lanes (to lane 2 from 6 before the race) due to an unfair wind advantage. But really, that wasn't a determining factor in the sixth-place finish.

"If you look at our splits, our race profile, the first 1,500 metres followed what would have typically been a really solid piece of work," Calder said. "And in the end, it was a couple seconds slower than it had to be."

Cookson wanted to talk to the athletes and coaches before identifying what happened. He did admit what the Brits, Aussies and Kiwis are doing in rowing – recruiting waves of good athletes, some from other sports, then developing them – is something Canada has only just begun to do.

"They're all the programs that have had talent ID going for 10 to 12 years, longer than that even," Cookson said. "We started ours two years ago. It's going to take time for us to get that base of athletes to make our success really sustainable."

It's going to take good coaching, too, and that aspect of the Canadian rowing program is under review.

The estimable Mike Spracklen once again squeezed the most from his men's eight crew, whose silver-medal edging of the Brits was both dramatic and significant. But the 74-year-old is not the easiest person to get along with. He does things his way; he's not big on technology and his brutally honest manner can crush an athlete's spirit.

The other day, after his eights won silver, Spracklen said he'd like to be back again next season with Rowing Canada but was prepared to move on. His contract about to expire, he was queried as to why he hadn't been offered a new one.

"They're scheming," Spracklen said of his bosses.

The irony is that while fellow Canadian coach Terry Paul is much the opposite of Spracklen, especially when it comes to embracing new technology and cross-training methods, his boats didn't achieve their goals.

"The first thought crossing the finish line in sixth today was that I really let [Paul] down and that our performance didn't represent what he's created for us," Calder said. "I hope he has the opportunity to continue to develop the program he's created this year, and the last 18 months."

What's created next, from the recruiting to the coaching, is critical to where Canada finds itself over the next four years – up among the leaders or trailing in their wake. 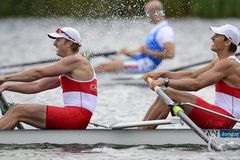 How Own the Podium changed everything for Canada's Olympic athletes
August 2, 2012 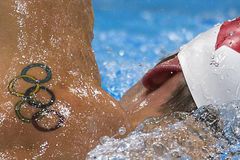 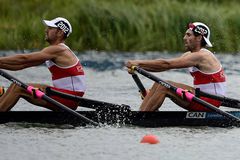 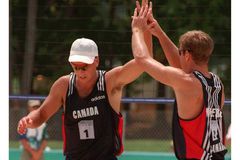