When Canadian marathoner Reid Coolsaet went to Kenya earlier this year to train with some of the world's best distance runners he discovered something he didn't expect. The Africans didn't do things much differently.

"Their training is actually fairly similar to what we are doing in Guelph," said Coolsaet who trains with the Speed River Track and Field Club in Guelph, Ont., and will represent Canada in the marathon at the London Olympics.

Not that long ago few Canadian runners could say that. That was because Kenyans and other Africans were miles ahead, literally, of North Americans. Just look at the marathon.

Until this year, Canada hadn't qualified an athlete in the Olympic marathon since 2000 and the Canadian men's marathon record dates back to 1975 when Jerome Drayton ran 2:10:09. To put that time in context, more than 60 Kenyans and 30 Ethiopians have run faster this year. Canadian women haven't fared much better. The women's record dates back to 1985, when Silvia Ruegger ran 2:28:36. No Canadian woman has qualified for the Olympics since 1996 and there will be no Canadian in the women's race in London.

Coaches like Dave Scott-Thomas, who works with Speed River and University of Guelph, say the tide is turning. Coolsaet is one of three Canadians who qualified for the marathon in London, along with Eric Gillis and Dylan Wykes. Coolsaet has run 2:10:55, Gillis 2:11:28 and Wykes 2:10:47. And Scott-Thomas believes they can all run faster than Drayton's record.

So why the change? Scott-Thomas says North American runners got off the rails in the 1980s and 1990s, when they started putting less emphasis on mileage and more on track speed. The Africans did just the opposite, pounding out well over 160 kilometres a week often at close to race pace.

Training on this side of the ocean began changing about ten years ago. Mileage picked up and long runs became more intense. "A lot of it is a bit retrograde," says Scott-Thomas, referring to the 1970s when Canadian runners routinely piled on 160 kilometres a week. "Ten years ago, no one ran more than 100 miles a week."

These days athletes like Coolsaet routinely cover up to 240 kilometres a week. "I rarely go below 160 kilometres," he says. Simon Bairu, who set the Canadian 10,000m record in 2010, puts in similar mileage and pushes the pace. It is not uncommon for Bairu to go on a 24-mile run at 5:20 per mile. "We are training a lot harder, with more volume," he said.

There has also been a new emphasis on distance running by companies like Brooks Shoes Inc., and Nike Inc. Both have poured substantial resources into specialized programs designed to develop marathoners as well as 5,000m and 10,000m runners. Brooks helps fund the Hansons-Brooks Distance Project in Michigan while Nike backs two clubs; the Oregon Track Club and the Nike Oregon Project.

All three have helped produce several world-class athletes including Bairu, who runs for the Oregon Track Club, as well as Britain's Mo Farah and American Galen Rupp, who are with the Nike Oregon Project. Farah won the 5,000m at last year's world championships and Rupp set the American 10,000m record last year at 26:48:00, a time that puts him well within the reach of any African. Speed River doesn't have the same corporate backing, but by focusing on distance events it has developed Coolsaet, Gillis and Hilary Stellingwerff, who is expected to represent Canada in the 1,500m in London.

And it's not all about high mileage. Many North American runners are now using a host of new training techniques such as under water treadmills, anti-gravity devices, altitude tents and even special saunas that cool the skin to 0C.

Speed River uses GPS to track athletes while out on long runs to make sure they are holding a specified pace. The club also takes regular blood tests to see how runners are adapting to workouts, employs video to analyze running strides and it has used altitude tents to simulate the thin air at high elevation.

Other clubs have gone further, particularly the Nike Oregon Project. It was launched in 2001 by Nike executive Tom Clarke and famed U.S. marathoner Alberto Salazar. They got the idea for an elite distance club after watching the Boston Marathon and listening to commentators gush over the fact that the top American finished sixth. "Tom and I just looked at each other. It was, like, Wow. We've sunk so low that sixth place is considered an accomplishment," Salazar told an interviewer in 2010.

Funded by Nike and led by Salazar, the Oregon Project has often used novel and sometimes controversial methods. That included fitting a house in Portland with three hermetically sealed bedrooms to simulate the thin air at altitude. The tactic prompted some questions from anti-doping officials, but they ultimately did not object. Salazar once tried a computer program that was supposed to measure fatigue levels and he has used a variety of techniques to improve the efficiency of running styles. "Some people call it gimmicky," Rupp recently told reporters. "It's important to keep trying things and not be scared."

Some techniques pioneered by the Project have become standard for other clubs. That includes underwater treadmills, which allow runners to increase their mileage with less pounding. "If you weigh 150 pounds, you'll weigh about 30 pounds in chest-deep water," said Anson Flake, who runs HydroWorx, a Pennsylvania-based company that makes underwater treadmills used by several professional sports teams. Flake said most of his machines were initially designed for rehabilitation, to help athletes and non athletes recover from injuries. Salazar incorporated the machines into his runners' training regimes and now many Oregon Project athletes do nearly one-third of their weekly mileage on them.

Practices that were long considered standard have also changed. For example, runners presumed for years that simply running at high elevation for a prolonged period would be enough to yield improvements when they competed closer to sea level. Nowadays clubs recognize that not all athletes respond well to altitude training and they tailor programs to each runner. They also move up and down far more frequently, spending a couple of weeks at high altitude for some work before returning to lower elevation for different workouts and then going back up once again.

But perhaps the biggest change in distance running is the attitude. Athletes like Bairu and Coolsaet just aren't intimidated by African runners. "If I line up with someone who has run 2:09 [in the marathon], I don't care where they are from, I believe I can run with them," said Coolsaet. Bairu said running with top flight athletes in the Oregon club "changes your view on what's possible."

Scott-Thomas agreed and said the best may be yet to come as younger athletes start to move through the new clubs and training systems. "We're getting faster and we're getting stronger," he said. "We're closing the gap."

This is the sixth in a 10-part series on the science behind athletes' preparation for the London 2012 Summer Games. Next week: Body shapes 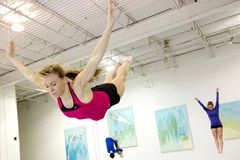 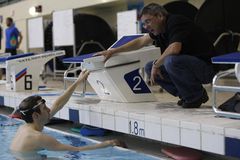 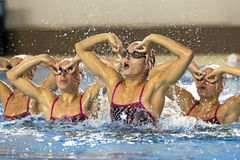 E-shifting has changed the game for cyclists
May 18, 2012 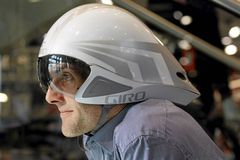 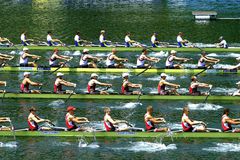