When Ivan Bykhanov stands on guard in his lamb's wool hat outside the main Sochi train station, he sees himself as part of a centuries-old continuum, a member of the warrior Cossack people defending the Russian Empire from its enemies.

The 50-year-old is blunt about who he thinks those enemies are: "We're looking for drunks. And chorniy," he says, using the Russian word for "blacks."

It's racially charged and inaccurate, but a commonly used term for the peoples of the Caucasus, a mosaic of cultures – including Muslims from the battle-scarred regions of Chechnya and Dagestan that have never been at peace with Russian rule.

Once the horse-borne enforcers of tsarist rule, today's Cossacks stand both as additional security at the Winter Olympics that are set to begin in this Black Sea port, and as another symbol of a return to traditional Russian values under the rule of President Vladimir Putin.

Some 1,000 uniformed Cossacks are among the 70,000 security officials assigned to guard Sochi amid heightened worries Islamist militants will try to attack the Games.

Putin referred obliquely Wednesday to the threats made by Islamist militants.

"In the U.S., people died at a marathon, during the G8 there were terrorist acts in the London subway," he said, according to Russian media. Putin says intelligence agencies from multiple countries would be working together around the clock at a special headquarters in Sochi throughout the Olympics.

Russia's security services declared a small victory Wednesday, claiming to have killed 30-year-old Dzhamaldin Mirzayev in a firefight in Dagestan, about 500 kilometres from Sochi. Mirzayev was suspected of helping train the suicide bombers who carried out a pair of December attacks in the city of Volgograd that left 34 people dead.

The Cossacks in Sochi carry no weapons and aren't empowered to make arrests; they patrol Sochi's points of entry – airport and train and bus stations – and scan faces, unabashedly using racial profiling to point out to police who they think needs to be stopped and interrogated.

"A lot of the police here are from out of town. We Cossacks know the area and the people and the cultures better. We're helping the police know what to look for," says Nikolai Kutz, the ataman – or chief – of the Cossack society of central Sochi. "We're looking for chorniy, people who leave bags, people who are nervous, people who are fidgety."

Kutz praises Putin for restoring Cossacks to the place of honour they had in tsarist times, but which they lost under Soviet rule when Cossacks were driven off their historic lands and their culture was violently repressed.

But the deployment of Cossacks in their imperial-era grey overcoats on the streets of Sochi also digs at old wounds. Sochi was founded and originally populated by Circassians – a largely Muslim people who spoke their own language – until tsar Alexander II ordered their mass expulsion in 1864, an order Cossack cavalry helped bloodily execute. At least 400,000 Circassians were killed, and a half-million more were driven from their homes, in what some historians say was the first modern genocide.

In the aftermath, Sochi was repopulated with Orthodox Christians – Russians, Cossacks and Armenians – who were loyal to the tsar. "The Cossacks were the instruments of the genocide against our people. And exactly 150 years later, they bring back the Cossacks to be the security for the Sochi Olympics?" says Zack Barsik, a member of the Circassian Cultural Institute, a diaspora organization based in the United States.

Even some Cossack groups are critical of the Kremlin's use of Cossack patrols in Sochi.

Andrei Shalnov, a member of the unofficial Cossack "embassy" in Moscow that handles relations between Cossack communities and the Kremlin, says many of the government-deployed Cossacks aren't ethnic Cossacks at all, merely additional security that have been asked to wear traditional uniforms. "They're not Cossacks, they're just people acting as Cossacks," he says, adding ethnic Cossacks would have readily formed a volunteer force if they'd been asked.

But Kutz says the wooly hatted men on patrol are true Cossacks – a title earned, if not by ethnicity, then by their dedication to following Cossack traditions.

He says interest in Cossack culture surged in the region since the uniformed street patrols began last September, with a surge of young boys enlisting in Sochi's Cossack cadet schools, where they learn swordplay and hand-to-hand combat, as well as traditional Orthodox Christian values.

A former police officer, Kutz says concerns about the security of the Sochi Olympics have been overplayed, particularly in foreign media.

"If this is not security, I don't know what security is," he says, referring to the sheer number of security personnel deployed in and around the Olympic city. "We don't know everything that will happen, but I'm not worried." 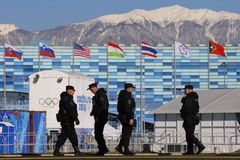 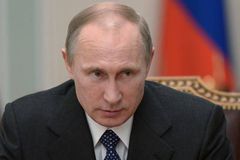