Her memory of the accident is, to this day, still murky. All Tara Whitten can tell you is, back in March, she was testing cycling's time-trial course in Rio de Janeiro when she had one of those 'oh-no' moments.

"I'm going fast and I'm not going to be able to stop," Whitten thought in that flash of a second that you get before an accident actually happens. Whitten ran her bike into the back of a mini-bus, fell and then … nothing. Her memory blanks.

Many months later, she is still piecing the incident together – how she managed to get up from the crash, how she rode her miraculously undamaged bicycle back to the hotel, how her pain felt like whiplash, but actually turned out to be a small fracture at the base of her neck.

That Whitten made the Canadian women's cycling team is extraordinary. However, it is perhaps no more extraordinary than the journey that brought her back to the Olympics four years after she won a bronze medal in team pursuit, convinced her cycling career was over.

Whitten had already taken two years off from her PhD studies in neuroscience before competing for Canada in London and figured she needed to get going on her degree. But almost as soon as she finished racing, Whitten realized she missed it. She spent two years away from heavy competition, staying in shape during her studies by taking up rowing, running and other fitness activities.

By the fall of 2014, she needed to step up her training to have any chance of competing in another Olympics, and did.

She also had to pick an event – go out on the road or back on the track. In London, she competed in both the omnium (a multiple-race individual competition, where she finished fourth) and the team pursuit. For Rio, she opted to try the time trial, where she'd competed previously, but never felt she'd reached her full potential. "It was a challenge that I felt was calling me," Whitten said. "But the second factor was the logistics of training. The team pursuit is a team event and so you really need to be all together at training camps, whereas the time trial I could train a lot by myself and could stay in Edmonton and finish school at the same time. I couldn't commit to a team event that required so much time away."

Out of necessity, Whitten became an expert at the art of multitasking – juggling the demands of high-performance athletics, alongside a challenging academic workload. Her primary time-management secret: Focus hard on one thing at a time. Things got really busy last September, after she'd competed in road worlds and still had her thesis to write.

"I had quite a bit of work left to do and I knew it was now or never," Whitten said. "So I had to take a couple of months and make school the focus again, as opposed to training. It was probably the hardest I ever worked for those two months – October and November – to hammer everything out and get the actual thesis written and submitted."

In January, Whitten defended her thesis and got her degree.

And, the 36-year-old has found a job after Rio – working on a concussion-study group, headed by Dr. Brian Benson, in Calgary, where she's moved from her hometown of Edmonton.

"Even before my injury, I was trying to figure out a way to combine my neuroscience training and sport because they're the two things I'm really passionate about," Whitten said. "So I was thinking about concussion research. Maybe three weeks into my injury, I came across this job posting and I had the interview for this position when I still had the neck brace on. I think having a concussion myself also made me more interested in that area."

Still, for the purposes of competing in Rio, the accident couldn't have come at a worse time.

"The timing was pretty bad, especially because I took those two months to finish my thesis, so I already felt a little behind," Whitten said. "I felt like I had enough time to get ready, but it was a bit tight – and then to have that happen was tough. It came at a time when I felt like I was finally where I wanted to be – things were coming together, I was riding well – and then it was just … I don't know. I haven't gotten that memory back."

"My bike was totally fine, which is bizarre. I think from looking back at my computer file, I rode about five Ks before I remembered. When it kind of started dawning on me what had happened, I thought, 'No, no, not what I want.'"

Whitten was obliged to wear a neck brace for nine weeks, on the advice of her doctor, who told her: 'I appreciate that you want to go to the Olympics, but I care about the rest of your life, so you have to wear this brace.'

"My neck was very sore, but it wasn't painful, compared to other bones I've broken," said Whitten, with a small, wry laugh. "My neck still gets stiff from riding, and my range of motion still isn't 100 per cent, but it's pretty good."

In 2012, Whitten was considered a contender for two medals. She won a bronze in the first event, team pursuit, which she described as "a huge high, for sure – but going into London, my No. 1 focus was the omnium event, which was two days after the team pursuit.

"I wasn't really able to savour the bronze-medal ride because I had to refocus right away on preparing for the omnium event. When that didn't go the way I wanted to, it was hard to go back and be happy about the bronze medal. As time has passed, I've been able to put it all in perspective and appreciate the bronze medal for what it was."

As for her goals for Rio, Whitten said: "I like to separate it into what I can control and then the results goal.

"In terms of what I can control, I want to execute the perfect race, in terms of pacing and being in the moment for the entire race and getting the absolute most out of myself. It's something that an athlete is always searching for – the perfect race – so I'm just dreaming of that feeling, and executing on the day." 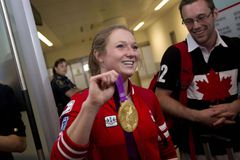 Canada’s Olympic boxing team makes up in quality what it lacks in quantity
July 14, 2016 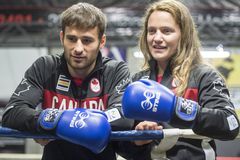 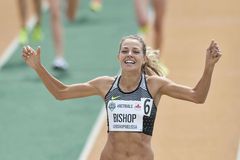