Like most things made in Switzerland they're expensive, but these are the Olympics so wallets were opened, orders were placed and two were installed at the University of British Columbia pool.

The objects in question were $10,000 worth of Omega 'swimming show' starting blocks, bought with money from Own The Podium and B2Ten, and without them, Brent Hayden could well be flying home from England a disappointed man. Instead, he provided one of the more gripping Canadian moments of the London Games, winning a bronze in a marquee event at the pool, the 100-metre freestyle.

There will be those who see Canada's showing at these Games as a letdown, and while it's true the 2012 Games have been cast largely in bronze for Canadian athletes, Hayden's story illustrates that context is as meaningful as standings – sometimes a bronze means more than third place.

The 28-year-old Hayden was never going to win gold against fearsome sprint stars James (The Missile) Magnussen of Australia and U.S. swimmer Nathan Adrian; his fight for bronze against French double gold medalist Yannick Agnel was a glorious achievement.

It was the same story for the women's soccer team, whose bronze effort was a testimony to how well the players shrugged off their heart-crushing loss in the semi-finals. The soccer medal shone brightly, as did the team's character – both stand as Canada's signature on these Games.

It's to wonder whether the British Museum's archaeologists will eventually declare 2012 as the beginning of a New Bronze Age in the northernmost country of North America.

With a few surprises thrown into the mix, this country did more or less what outsiders said it would do in London: win somewhere between 17 and 19 medals, a middling count in keeping with a nation that cares more about winter sports. It's a fact others see and understand.

"You're always at the same level in the Summer Games, which is not bad," said former Italian IOC member Luciano Barra, who projected Canada would win two gold and 17 medals overall. "Canada has no great tradition in summer sports and it's not easy to win medals at the Summer Games. OTP is one of the great programs in the world but you're a winter sport nation. The question now is to keep the level you achieved at the Winter Games."

Canadian Olympic Committee head Marcel Aubut, who is seldom short of enthusiasm, takes a sunnier position on Canada's showing at the Games.

The key for Aubut, who was elected president in 2009, is that the various elements and factions of the country's amateur sporting establishment have managed to work in concert rather than at cross-purposes, as has occasionally happened in the past.

"The government, OTP, Sport Canada, the (training) centres, and the coaches' association … and I saw it being part of only one team," Aubut said. "Often, those guys are thought of as being in their own worlds… not at this Games. The whole sport system acted as one, and that may be the biggest achievement. That was new."

Another novelty: some encouraging performances from Canada's track and field team, which has been a medal wasteland since Atlanta in 1996.

The whole lot could be medal contenders in three years at the Toronto-based Pan American Games and in four years in Rio de Janeiro, and that's just the men.

On the women's side, heptathlete Brianne Theisen finished 11th at her first Olympics, javelin thrower Elizabeth Gleadle made her first Olympic final and hurdler Phylicia George posted a personal best en route to the final.

Silver-medal rowers Conlin McCabe of the men's eights and Lauren Wilkinson of the women's eights should be stars of the program in 2016; paddler Jason McCoombs, 19, raced in the B final in the C1 200 metre sprint.

"I have big plans and dreams," said rowing's McCabe. "The ball has just started rolling on my rowing career ... I've already trained with a few great guys that will start to make a push for Rio."

Together, they're poised to take over for the retiring likes of Hayden, divers Alexandre Despatie and Émilie Heymans, heptathlete Jessica Zelinka, triathlete Simon Whitfield and the country's greatest woman Olympian, cyclist and speed skater Clara Hughes.

If the new faces end up adorned in bronze that may be as good as it gets.

In the Games of the Summer Olympiad you can always do worse.

Excluding the seven gold medals won in Barcelona, Canada has a tradition of winning three golds per Games, dating to Seoul in 1988. The COC's expected count for London was 20 medals, good enough for a top-12 finish.

Strong goals, and difficult to achieve.

"They were strong goals, difficult goals to achieve, and we still have a chance to do it. It's the only mark we want to achieve," Aubut said.

To get there, OTP spent an average of $30-million over the past three years. By comparison, Canadian winter sports got $24-million the year before the Vancouver Olympics. That money went further given the fewer athletes who competed in Vancouver (206) as compared to London (277).

Some summer sports got a boatload of money based on medal potential. Rowing Canada received $7-million and was the benefactor of OTP's Innovations For Gold, a secret projects division aimed at supplying technology advancements, none of which have been revealed. The rowers were supposed to match the four medals won in Beijing.

The men's and women's eights each delivered a silverbut Lindsay Jennerich and Patricia Obee failed to make the finals while defending silver medalists David Calder and Scott Frandsen finished last in the pairs' finals.

"Our indications from the pre-Olympic training camp were really good," said Rowing Canada's high performance director Peter Cookson. "We thought we could get to five, six finals and they didn't pan out. There are a whole bunch of various factors I need to really look at a lot closer. I don't know all the reasons yet."

Rowing Canada will conduct a post-Olympic review and may revise its coaching staff as it moves ahead to 2016. It won't be the only association to do so.

Diving had designs on an individual medal to go along with their women's synchro teams, which were projected to finish on the podium. Swimming had hoped for three medals and 15 finals and instead ended up with two medals and eight finalists.

Track cycling was expecting two individual medals and got neither.

As Swimming Canada CEO Pierre Lafontaine explained it, some of that is due to the how the Olympics continue to evolve, with more countries sending more athletes to more events adding to the competitive depth.

"Swimming is now like a lot of other events at the Olympics. Athletes are coming from everywhere," he said. "And they're good."

If you squint at the big picture for Canada, you'll see some encouraging indications. A perusal of the pre-Games rankings by Infostrada, a firm that specializes in statistical sports projections, shows a healthy majority of the Canadian athletes rated among the top eight in their event either met or exceeded expectations.

Of the 13 athletes who have finished their events that Infostrada had ranked in medal positions (there are several more competing this weekend), only five entries fell short of the podium – taekwondo competitor Karine Sergerie, shot putter Dylan Armstrong, track cyclists Tara Whitten and Zach Bell and rowers Jennerich and Obee.

Anne Merklinger, the chief executive officer at OTP, said "our investments have paid off".

The key to improving, she said, is to continue the emphasis on improving high-performance coaching and on acquiring technology – the so-called Top Secret program had a $2.2-million budget for the 2010 Vancouver Games, and just a million for both summer and winter sports last year.

"Research and innovation is an area where Canada's just scratching the surface. You're not in that, you're not in the game," she said.

At the same time, Merklinger said that in OTP's 'category one' sports – which have high medal potential – the athletes did the business.

"We got four sports that won two or more medals and the other one won one, so that's exceptional … there's still opportunity to work with people in the top categories, there's still several medals on the table," she said.

Merklinger also said that the effect of inspirational performances like that of the women's soccer squad will help address the main weakness of the Olympic program – a relatively shallow pool of young elite athletes.

"People love [the soccer team]. They watched it. They cared. And they're from so many different communities. They're role models for so many girls and women," she said.

The hope within OTP and the COC is that events like the 2015 Pan-Am Games will be a fertile proving ground for generation next, and that infrastructure like a new velodrome near Toronto can allow Canada to emulate Great Britain's talent pipeline.

And never let it be said Team Canada lacks ambition.

Aubut said the goal for Rio de Janeiro could well be to break into the top-10 medal-winning countries.

If the new faces end up adorned in bronze that may be as good as it gets. In the Games of the Summer Olympiad you can always do worse. 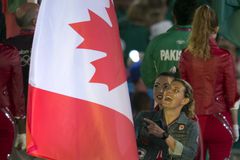 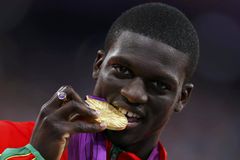 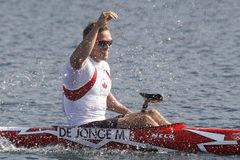 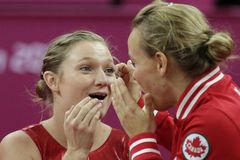 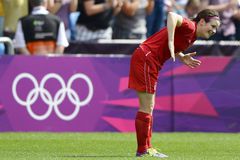 Follow Sean Gordon and Allan Maki,  on Twitter @MrSeanGordon @AllanMaki
Report an error Editorial code of conduct
Due to technical reasons, we have temporarily removed commenting from our articles. We hope to have this fixed soon. Thank you for your patience. If you are looking to give feedback on our new site, please send it along to feedback@globeandmail.com. If you want to write a letter to the editor, please forward to letters@globeandmail.com.
Comments