A British woman is launching a court challenge against organizers of the 2012 London Summer Olympics over the exclusion of women's canoe racing events – and several Canadians are an important part of the fight.

Samantha Rippington, a 27-year-old from Reading, England, is filing a challenge (a claim for judicial review) at London's High Court on Thursday. The claim is against the London Games organizing committee "for its refusal to carry out an equalities audit of the Olympic sports program."

There are five men's canoe events, in sprint and slalom, set for London, but no women's events.

One woman on the sidelines is Canadian racer Laurence Vincent-Lapointe, a 20-year-old from Trois-Rivières.

She won the first women's canoe world championship gold in 2010, and then won two golds last August at the 2011 worlds in Hungary.

Rippington's challenge is different than the legal case launched by female ski jumpers in Canada prior to the 2010 Vancouver Winter Olympics, where the athletes aimed to put their sport on the schedule but lost.

With the London Games just days away, the aim of Rippington's court challenge is about getting women's canoe into the 2016 Olympics.

Rippington wants her case to highlight the exclusion of women from canoeing and other sports that feature more events for men than women, such as sailing, shooting and rowing.

And even where there is progress, there is disparity. women's boxing is new to the Olympics but there are only three weight classes, compared with 10 for men.

"It's actually incredible, the inequalities, it's unbelievable," Rippington said in an interview Wednesday from outside Paris, where she is training. "We're going for the whole Olympic program – not just canoeing. Until everyone realizes it's not fair."

Canada has been a major part of a long-time push for women's canoe and has some of the sport's best athletes.

A team at Queen's University's law school helped develop the legal material to support Rippington's claim. Law professor Kathleen Lahey has led a team of researchers, students and colleagues over the past two years, work that began as the women's ski jumpers case in Canada fizzled.

In July of 2009, the B.C. Supreme Court made its final ruling in that case, concluding the women had been discriminated against by the International Olympic Committee but cited jurisdiction, saying the Swiss-based IOC was beyond the reach of the Canadian Charter of Rights and Freedoms.

In 2011, the IOC added women's ski jump, along with other sports, to the Olympic roster for 2014 in Russia.

The Canadian precedent, and the work of Lahey's team, helps underpin the arguments for the question at hand in London. "This problem has not been solved by the women's ski jumpers case," Lahey said in an interview Wednesday.

Rippington's counsel is Marguerite Russell, a barrister at Garden Court Chambers, a group in London that fights legal cases of "injustice and inequality." Russell plans to take on the issue of equality using domestic legislation, in this case England's Equality Act of 2010, like the Canadian case was premised on the Charter.

Under the Equality Act, it will be argued that the London Organizing Committee was obligated to do an "equality impact assessment" for the sports schedule.

The first hurdle in the case is a request to the court to protect Rippington from the costs of a huge legal bill. If successful, the case could proceed towards the exchange of pleadings, and a hearing at court.

Another key Canadian in the push is Sheila Kuyper, a canoe sprinter who created the lobby group WomenCAN International to fight for her sport's inclusion in the Olympics.

It was for Toronto's failed 2008 Olympic bid that Kuyper first made her push for women's canoe. WomenCAN International is now headed by Pam Boteler, an American in Washington, who encouraged and provided backing for Rippington's court challenge.

Canada has had a strong presence in women's canoe on the water, as well.

Vincent-Lapointe is a young athlete who has quickly dominated her sport in the sprint discipline. In 2009, when Dartmouth played host to the world championships, it staged four women's exhibition events and Canada won all four.

Rippington took a second and a third in Dartmouth; at last year's world championships was 12th. She is a gym teacher at a private school, and also teaches girls canoeing.

She has taken on the potential bright media glare of a High Court challenge against the London Olympics organizers because she wants to bring more attention, money and support to female athletes.

An IOC decision for roster of sports for 2016 Rio de Janeiro Games will be made in 2013.

"I'm hoping," Rippington said, "that if everyone knows, we can push the IOC to make it happen for 2016." 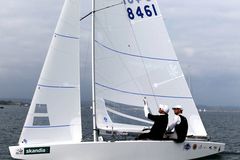 Podium finish in London would put Heymans in league of her own
April 30, 2018 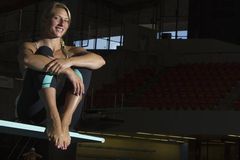 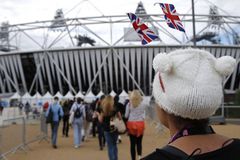 Memories of Olympics past, when training sessions were twice a week
May 1, 2018 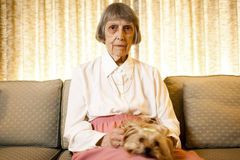