As we tick over into the second half, Canada has thus far reached its quarterly targets at the Winter Games.

A lot of things have changed about the Canadian Olympic program, but that may be the most remarkable – they deliver.

For a long time, Canada was the world champion of producing choking world champions. But stricter quality control and an incentivized bonus structure have focused the minds of the work force. Nobody takes the Games off any more unless they want to starve for the next four years.

Essentially, Canada has adopted the East German model, but instead of a two-bedroom flat and food vouchers, you get a dedicated training facility and a full-time psychologist.

In the Olympic business, they call this "conversion" – piling money and effort onto a conveyor belt and having a medal roll off the other end.

Converting is a corporate process and it often feels that way, Canada walking around with its metaphoric clipboard checking off production targets.

Medals at curling? We'll have to call inventory and ask. We may be running low on that one.

In the modern era, Canada has never failed to win a medal in men's or women's curling. It is a record of unparalleled dominance.

We talk about hockey as "our game," but really it's a lot of people's game. We're just the only ones to treat like a cult.

But while other people may curl, curling has always been ours.

Understanding that there is not much glory in doing so in, say, Switzerland, we've been generous with our passion.

Anyone who hits the standard is welcome to come to Canada and curl in the only place in the world where you can make a decent living doing so. And they have. Hundreds of them. Mostly Nordic types.

"All these teams have gotten so good," said Canadian third Marc Kennedy on Sunday. "They come over to Canada and they play all year long."

Swedish skip Niklas Edin called curling in Canada the "jetset life." If you care about curling, you gave that to him. Perhaps you're beginning to wish you hadn't.

Because like all good deeds, we are now being punished for our generosity.

We're having a bit of wobbler at the Gangneung Curling Centre. So far, this is the big wrinkle in our four-year plan.

Rachel Homan's women's rink lost their first three games and caused an international kerfuffle with Denmark, of all people.

In Canada, Homan's decision to burn a Danish rock – take it out of play after being touched by an opponent – was played like a problem with the game itself. The thinking seemed to go that if you don't want Homan burning rocks then the rules should be changed so that's not her decision.

In keeping with its new, businesslike approach, Canada turned it into an administrative issue.

Everywhere else, it was seen as something more elemental – bullying. The curling bigshots in Canada were pushing around the little guys just because they could.

Homan took a mighty rollicking for her presumption, but as a graduate of the Seal Team Six School of Public Speaking she's just fine with that.

"It's been a challenge, but it's been a lot of fun," she said Sunday after a nervy, comeback win over the Swiss.

From the tenor of her answers, Homan didn't even register the outrage.

All top athletes claim not to read anything, and all top athletes eventually reveal they read everything. Usually while they're yelling at someone about something they've written. But perhaps this is the exception.

Later, her teammate, Lisa Weagle, dropped a "character win," a "build some momentum," a "backs against the wall," a "nothing to lose" and a "stay in the moment," all within the space of thirty seconds.

This team may be having a tough go in Pyeongchang, but they would stroll through the Athlete Cliché Olympics. Their road is still difficult. They must win at least three of their final four round robin games, and perhaps all four, to advance.

The men's team is in a similarly unfamiliar hard spot after losing on Sunday to the Swiss as well, dropping to 3-2. Kevin Koe's rink blew it at the beginning, allowing four in the first end, and could not recover.

"This team does not give up four enders," said Canadian second Brent Laing, though, demonstrably, they are that sort of team.

This is all part of an underplayed theme of Canada's Games – equalled, if not yet beaten, at our own game.

A decade ago, Canada took the wise course of focussing on niche Olympic sports, building up special competencies in things other countries overlooked like freestyle and short track. Those other countries noticed, and have started ploughing money into them now.

Patrick Chan popularized the quad. Mark McMorris pioneered the backside triple cork. Now everyone else can do those things as well, and even better.

To this point, Canada has been and remains just slightly ahead of the Olympic curve. The medal table is the proof. But that curve is steep. Once you lose momentum on it, other people will overtake you.

We've very quickly grown used to the idea that Canada wins a lot at a Winter Games as a matter of course, but look at what Russia's doing here versus Sochi. That advantage can disappear quickly and the human margins of talent are wafer thin.

In that sense, curling is a harbinger. For forever and a day, Canada has believed it should win at curling just because. Just because its ours and we care about it more than everyone else.

But it's exactly when you start to take that for granted that you find the business has changed around you and you're obsolete. You're not doing anything different, but everyone else is.

The real challenge for our curling firm of Homan, Koe & Co. isn't digging out of a hole they've dug for themselves. It's finding ways to keep ahead of the competition. 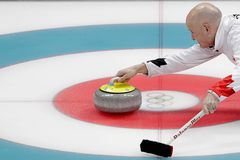 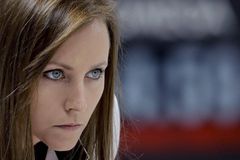 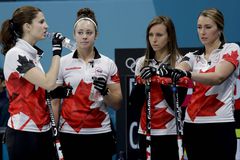