The Saslong run at the Val Gardena ski resort in northern Italy has humbled some the world's greatest downhillers. It is fast, steep – 57 degrees at one point – and features the notorious "camel humps" that launch skiers into the air for about 80 metres.

Franz Klammer, the Austrian madman who dominated the downhill in the 1970s, once hit a camel hump hard in a qualification run, bit his tongue and blasted down the slope bleeding. Ed Podivinsky, the retired Canadian hotshot who placed third on the Saslong in 1999, said the course makes "you feel rather [like] an F1 pilot than a downhiller."

Erik Guay, Canada's top skier, wasn't expected to do particularly well in the World Cup downhill on the Saslong on Dec. 21, 2013. The tricky run meant anything could happen. The formidable competition included the generally unbeatable World Cup leader Aksel Lund Svindal of Norway and wild-card American Bode Miller. And Guay had missed most of the preseason training because of surgery on his left knee.

His start was good, not great, and he lagged at the first splits. The TV commentators gasped when it appeared Guay, coming off a bump halfway down, was on the verge of tumbling backward. But the last third of the race was a thing of beauty for the Canadian and he knew it.

He punched the air with his fist after he crossed the finished line. He had beaten the world's best, nailing his fourth career World Cup victory. "I wish Sochi [Olympics] was tomorrow," he said, beaming.

On Jan. 12, Marie-Michèle Gagnon of Lac-Etchemic, Que., was all smiles, too. Competing in the super-combined event (super G and slalom), she won World Cup gold at Altenmarkt-Zauchensee, Austria, ending a 30-year medal drought for Canada's women in World Cup combined events. "It was amazing. I was quite surprised," she said.

At a Federation Internationale de Ski (FIS) race on Jan. 10, Erin Mielzynski proved her status as an under-the-radar skier may be short-lived.

Something good is happening to the alpine team, and it's about time.

Today, with Guay, Gagnon and few of their colleagues looking strong, the buzz is all about the coming end of the 20-year drought.

His enthusiasm was on full public display earlier this month, in Toronto, when, as Canada's chef de mission for the Sochi Winter Olympics, he announced Guay and two other "Canadian Cowboys" – Manuel Osborne-Paradis and Jan Hudec – had been nominated to the men's alpine team. "Our goal is the top position in overall medals won at Sochi, and I expect at least one of them to come in skiing."

If he is right, the gambling crowd will be in for a surprise.

The Jan. 9 potential-medal tally by Infostrada, the international sports data group, predicts Canada will win 31 medals in Sochi – 11 gold – putting it in third spot behind Norway and the United States. It expects especially good showings in the freestyle and snowboard events, but not in the alpine ski races, where its predicted medal tally for Canada is zero.

There is no easy explanation for Canada's astonishingly long medal drought, and no shortage of credible explanations why it has a good chance of ending in Sochi (the 2014 Olympics start Feb. 6).

Podborski thinks ample funding has put the Canadians in a competitive position for Sochi, as much as lack of funding damaged their prospects in the years before the 2010 Vancouver Games. "Money equals results," he said. "It's a pretty straight-line equation."

The Own the Podium program, which brings tougher government and corporate funding to reward coaching and training programs of the most successful athletes, was launched in 2006 to try to ensure the homegrown 2010 Games would not turn into a medal bust.

OTP funding, driven by corporations who wanted their names plastered all over Vancouver, reached $69.6-million, with $8.7-million going to the alpine team. Even if the skiers left town with nothing, the overall results were impressive. Canada placed third overall in medals (26), and half of them were golds, outpacing the Americans (nine). In Turin in 2006, the Canadians took home only seven golds.

In the four years leading up to Sochi, the overall funding has climbed again, to $79.6-million. The loot for the alpine events fell to $7.2-million, but was still adequate enough to keep the training and coaching programs intact.

The problem is alpine funding will keep falling unless the Canadians produce a medal in Sochi. Less funding means fewer resources for the next generations of skiers – Guay and Hudec, both 32, and a few other senior members of the squad are unlikely to appear in the 2018 Olympics in Pyeongchang, South Korea.

In other words, Sochi has to produce alpine podium appearances if the 2018 team is to have a fighting chance.

Former Alpine Canada boss Max Gartner (who is married to Lee-Gartner) says psychology is working in favour of Sochi success.

Partly because of the momentum and confidence generated by the recent wins by Guay, Gagnon and Mielzynski, and an impressive second-place finish by Hudec in the super G at Val Gardena. But Gartner thinks relative lack of pressure is the bigger factor.

The Vancouver Olympics were a tension factory, he says, because of the enormous expectations piled onto a Canadian team competing in Canadian Olympics. "With the exception of Erik Guay, the alpine team could not handle the pressure," he said. "When your mind is under pressure, you think about the outcome, not the process."

Sochi is a different story. The team is more experienced, there is less media attention and the mental-preparation program has improved.

Noting the string of podium finishes in recent weeks, Osborne-Paradis, a three-time World Cup winner, said: "We have momentum building in the right direction at the right time."

With files from Robert MacLeod in Toronto

Osborne-Paradis counting on mind over matter to reach the podium in Sochi
January 20, 2014 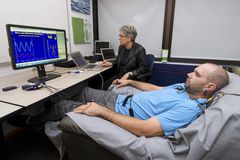 Marie-Michèle Gagnon an overnight success a half-decade in the making
January 17, 2014 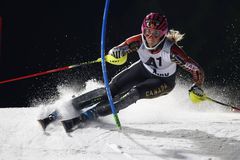 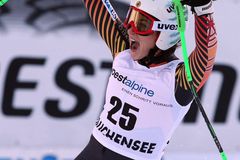