Luck has been in short supply at CBC Sports for years, partly because of funding cutbacks. But the network finds itself with a winning hand at the 2016 Olympics.

Thanks to a strong push for medals by Canadian athletes over the first 10 days of the Rio Games, CBC is now in position to exceed the television ratings for the 2012 Olympics in London. That may not sound impressive – the bulk of the London Games were not played live to prime-time audiences in Canada like those in Rio. But the 2012 Games were the highest-rated Summer Olympics ever on Canadian television, with an average audience of 2.1 million viewers, and a total of 31.9 million Canadians who watched some of the coverage.

With the 2016 Olympics just past the halfway mark, CBC is already close to that 2012 record, as 30.4 million Canadians have watched at least part of the events on the public network's platforms, which include the TSN and Sportsnet networks. The men's 100-metre sprint last Sunday, in which Usain Bolt of Jamaica won gold and Canada's Andre De Grasse took the bronze, drew a whopping audience of 6.92 million, easily beating the top draw in 2012 (6.2 million), which was also for the men's 100m.

Related: De Grasse and Bolt: The friendliest rivalry in sprinting

In nine of the first 10 days of the Rio Games, CBC said in a news release, its most-watched events each day attracted more than three million viewers. That puts it substantially ahead of 2012's average audience (2.1 million). The smallest audience so far this year was on Aug. 6, when 2.7 million viewers watched Canadian swimmers land the bronze medal in the women's 4x100 m freestyle relay.

But as 16-year-old swimmer Penny Oleksiak took aim at the medal podium, the television audiences grew. When Oleksiak grabbed the silver in the women's 100 m butterfly, 3.4 million Canadians were watching. When she took the 100 m freestyle gold in a dead heat with American swimmer Simone Manuel, 4.3 million tuned in. The swimming audiences peaked at 4.8 million for the women's 4x100 m medley relay.

At this point it looks as if CBC will turn a profit on the 2016 Games, something few would have predicted even a few months ago. While many events in Brazil are being shown live in prime-time hours (unlike London, where many had to be tape-delayed because of the time difference), the many controversies going into the Games – from the polluted state of Guanabara Bay and athletes withdrawing because of fears over the Zika virus to street crime and the devastation of Brazil's economy – did not bode well for large television audiences.

As it turns out, CBC's luck started to turn several years ago when both BCE Inc., and Rogers Communications Inc., which formed a consortium that massively outbid CBC (at $153-million) for the Vancouver and London Olympics, failed to make any money on either of those Games. Both companies declined to bid on the next set of Olympics, in 2014 and '16. That left CBC as the default Canadian bidder, so it was able to land the Sochi and Rio Games for a reported $90-million, a sizable discount. The public broadcaster later made a deal with BCE's TSN network and Rogers' Sportsnet to share the Rio coverage.

CBC also reported Wednesday its digital platforms drew increased traffic over the first 10 days of the Rio Olympics. The network said its online and mobile traffic amounted to 400 million minutes of live and on-demand video.

This success is not being seen south of the border. NBC, the long-time Olympic network, is still employing its oft-criticized practice of packaging tape-delayed events for prime time with little live coverage in that period. The numbers suggest American viewers may be getting tired of it, as NBC reported its audiences for the Rio Games are down 17 per cent on average from the 2012 Olympics.

De Grasse and Bolt: The friendliest rivalry in sprinting
August 17, 2016 Canadian golfer Brooke Henderson in the hunt after up-and-down round
August 17, 2016 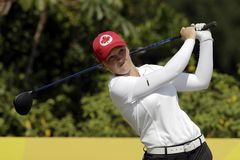 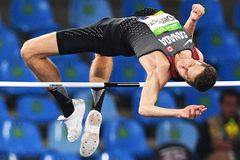